Accessibility links
Obama's Personal Faith Leaves Public Wondering The president's personal approach to religion makes some uncertain about just what he believes. A new survey says that only 1 person in 3 knows Obama is a Christian, while nearly 1 in 5 thinks he's a Muslim. 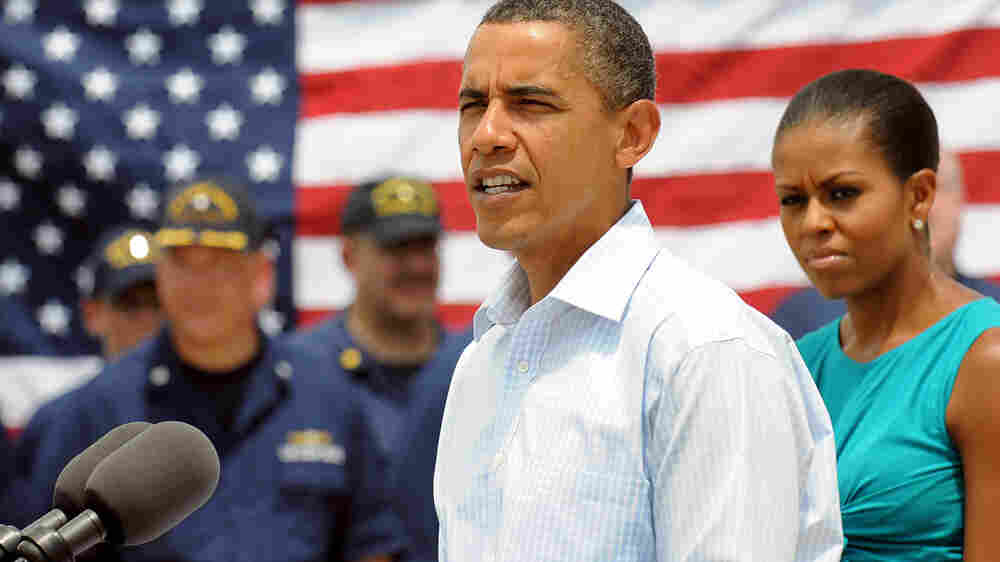 A new poll by Pew Research says that only 1 person in 3 knows President Obama is a Christian, while nearly 1 in 5 thinks he's a Muslim. Andrew Wardlow/AP hide caption 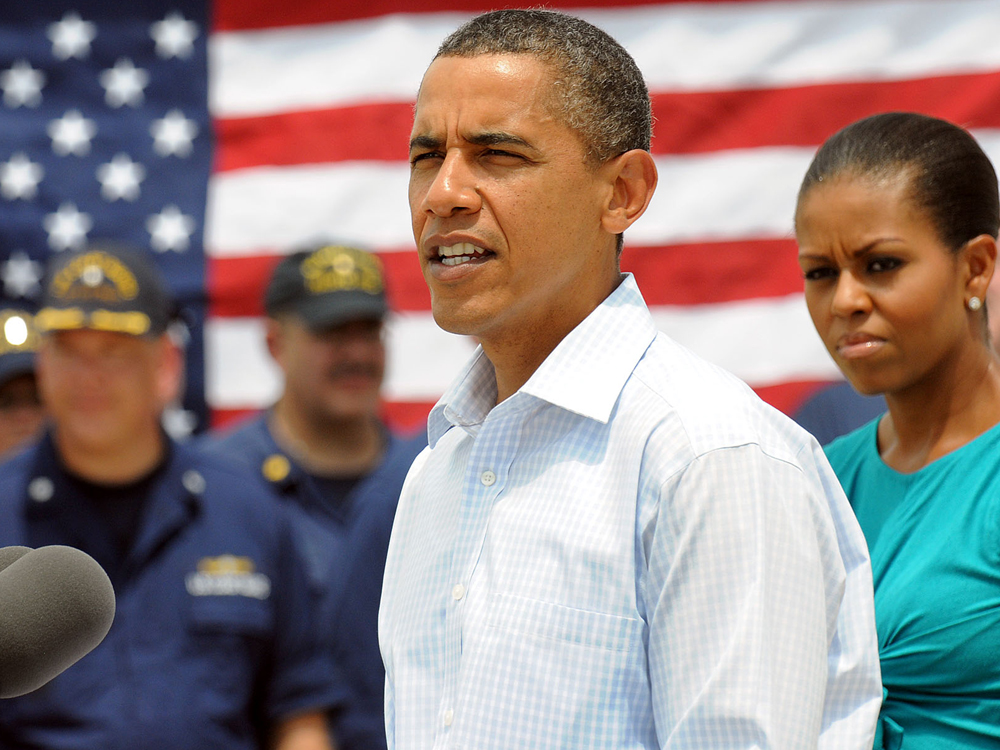 A new poll by Pew Research says that only 1 person in 3 knows President Obama is a Christian, while nearly 1 in 5 thinks he's a Muslim.

A new poll this week shows a majority of Americans are in the dark about President Obama's religion. The Pew Research survey says that only 1 person in 3 knows Obama is a Christian, while nearly 1 in 5 thinks he's a Muslim.

It's an unusual subject for people to be this uncertain on, but one reason may be what the White House calls the president's personal rather than public approach to religion.

President George W. Bush was a regular at Sunday church services. Obama, however, is not a regular churchgoer, which may well contribute to public confusion about his religion.

A spokesman says the president prays daily, often with others, sometimes in conference calls with spiritual leaders, including one recently aboard Air Force One. He has given speeches where he has spoken of how his faith helps him in his job, and he has spoken explicitly in Christian terms, as he did this year on Easter Sunday at a White House breakfast reflecting on Christ's final moments on the cross.

In 1960, John F. Kennedy was running for president and everyone knew his religion. As a Roman Catholic, he had to battle critics who said he'd be taking orders from the Vatican.

"I believe in an America where the separation of church and state is absolute; where no Catholic prelate would tell the president -- should he be Catholic -- how to act, and no Protestant minister would tell his parishioners for whom to vote," Kennedy said at the time.

Then came President Johnson: His Protestant denomination, Disciples of Christ, was a non-issue. Richard Nixon was a Quaker; Gerald Ford an Episcopalian. Ronald Reagan was Presbyterian; George H.W. Bush was another Episcopalian; Bill Clinton and Jimmy Carter were Baptists. Carter, a self-described born-again Christian, was among the most overtly religious of recent presidents, but so too was George W. Bush, a Methodist.

During the 2000 campaign, Bush was asked to name the political philosopher who most influenced him.

"Christ," he said. "Because he changed my heart."

John Green of the Pew Forum on Religion and Public Life says the challenge for any president when he talks about religion is to be spiritual, inclusive and careful.

"It's a really difficult thing, on the one hand, to balance talking about religion vs. all the other topics that the president has to talk about, but then get the religious message exactly right," Green says.

Houston pastor Kirbyjon Caldwell has been an informal spiritual adviser to Obama and Bush. He says polls that show 1 in 5 Americans think Obama is a Muslim are troubling. He says it's religious misinformation spread to defeat the president politically.

"It is fair and civil to attack the president's politics and his policies," he said. "I think it's unfair, uncivil and even un-American to attack the man's personal, fundamental faith."

He says the president shouldn't have to respond, though politically Obama may indeed have to do what none of his predecessors have had to do while in office -- continue to find ways to reinforce with the public who he is and what he believes when it comes to his faith.