Accessibility links
First Listen: Bilal, 'Airtight's Revenge' Many of the songs on this, the soul singer's third album, are speedy, more purposeful and insistent than the songs for which Bilal is known, like 2001's steamy "Soul Sista" and "Reminisce." But the tiny details make Airtight's Revenge surprising. Hear the album in its entirety until its release on Sept. 14. 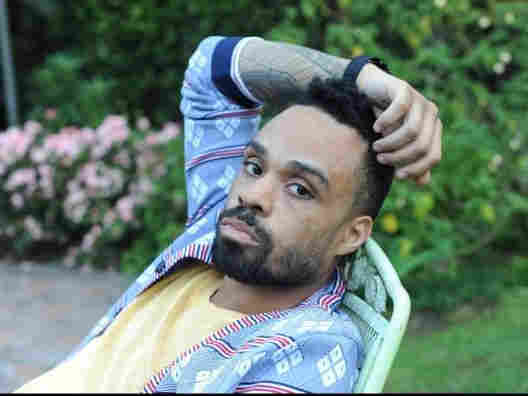 Bilal's Airtight's Revenge has got a lot going on. Many of the songs on this, his third album (his second, Love for Sale, was shelved by Interscope, supposedly because all of its songs leaked online), are speedy, more purposeful and insistent than his past work, like 2001's steamy "Soul Sista" and "Reminisce." It's the tiny details that make these new songs surprising.

Bilal is part of Soulquarians, a loose collective of soul and hip-hop musicians that produced together or played on each other's albums in the late '90s and early '00s. The group made beautiful, important albums like D'Angelo's Voodoo, The Roots' Things Fall Apart and Erykah Badu's Mama's Gun. Bilal is stepping out on his own with Airtight's Revenge, and the sound here is more electronic than the neo-soul of the Soulquarians' heyday.

The production is heavily layered, with several Bilals often singing at once. No complaints here; his voice is strong and exacting. It sounds like a well-toned muscle, one he's able to wield just as he chooses. The songs stay light and breezy -- in fact, the low end is tempered on most of this material, while the guitar licks are turned up high.

That approach works especially well in "Think It Over," produced by 88-Keys, who strips away a lot of the extras to highlight a sampled sitar and a walking bass line. The piano in "Little One" sounds full and dynamic (like a real piano!) and balances the guitar and strings delicately.

But "All Matter," produced by Bilal and Steve McKie (like the majority of the album), is its true highlight. It really moves, and the hook -- "cool on the outside, hot in the middle" -- could also describe Airtight's Revenge. A lot of care went into the construction of these songs, but little things like the crickets in "Who Are You" and the piano hit at the line, "I heard a song that used to belong to you and me" in "Move On," reveal a melancholy, romantic heart at the center.