Accessibility links
No More Gym? Don't Worry, Your Muscles Remember New research shows that muscles actually have a memory of their former strength level that may last indefinitely. That means that if you've worked out before, it may be easier to get that lost muscle mass back later. 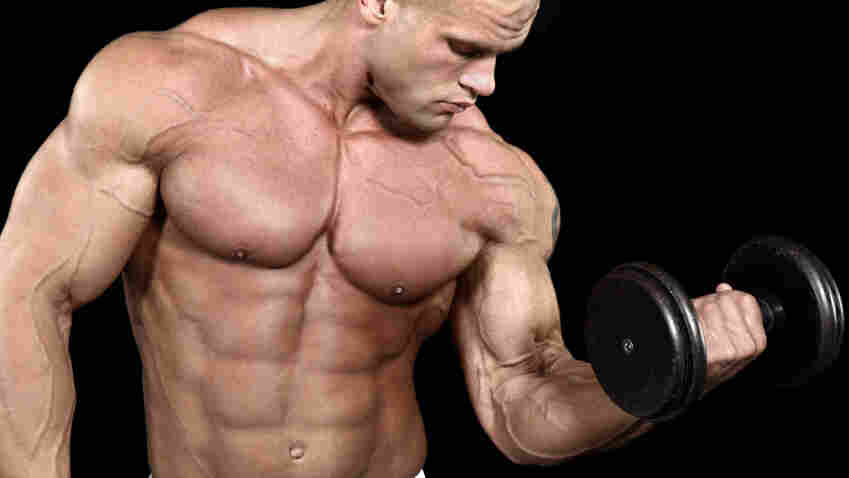 Strength training not only builds muscle, it also generates new muscle nuclei. According to a new study, these nuclei stick around even when muscle mass goes away. iStockphoto.com hide caption

You know that friend who used to be a jock and now seems kind of lazy -- but annoyingly, all he has to do is exercise for a month to get ready for a triathlon?

Well, new research says there's a reason for that.

Muscles actually have a memory of their former strength -- and that memory may last indefinitely, University of Oslo physiologist Kristian Gundersen tells NPR's Audie Cornish. Gundersen's team just released a study that has good news for those of us who used to be fit. 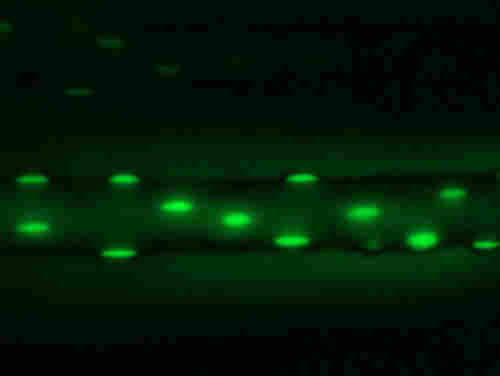 A muscle fiber from a mouse shows nuclei, dyed green. Researchers studied the change in nuclei during and after strength training. Jo C. Bruusgaard hide caption

Muscles Have A Mind Of Their Own

The study challenges the idea that muscles go back to their starting condition when you stop strength training.

"Our findings suggest that there are permanent structural changes in the muscle," says Gundersen. "We don't know if they're really permanent, but they're very long-lasting in animals, at least."

The researchers put mice through strength training on their hind legs. Building muscle generates new muscle nuclei, which Gundersen calls the "small factories that will produce new muscle." Then the researchers took the mice off their training regimen.

Gundersen observed their nuclei directly with specialized microcameras, and found that although the mice lost muscle mass, they still maintained the muscle nuclei. Those nuclei give the muscle a head start when training resumes.

The Earlier You're Fit, The Better

Although the muscle might bounce back, Gundersen says its ability to develop memory does seem to weaken over time.

"We know that to get these new nuclei, it's much easier when you are young," he said. "To me, that suggests that you should then train while you are still young and when it is still easy to recruit these nuclei, and you might benefit from that when you get older."

The only bad news from Gundersen's study might be for athletes who dope. Steroids also give you more muscle nuclei. "And if those are permanent," he says, "then the benefits that you have gotten from your cheating might also be permanent.

"And then, I guess, it's reasonable to suggest that exclusion time after [a] doping offense should be forever."