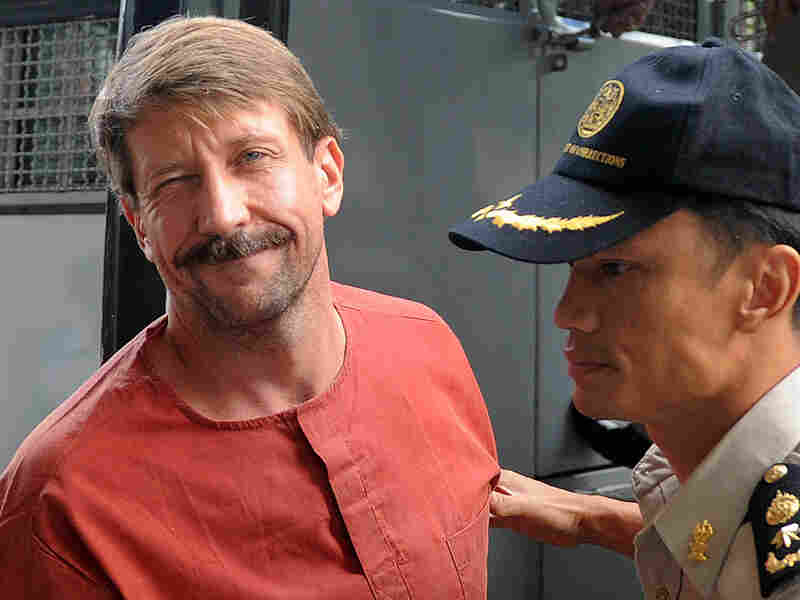 Alleged Russian arms dealer Viktor Bout is escorted by policemen as he arrives for a hearing in Bangkok. Christophe Archambault/AFP/Getty Images hide caption 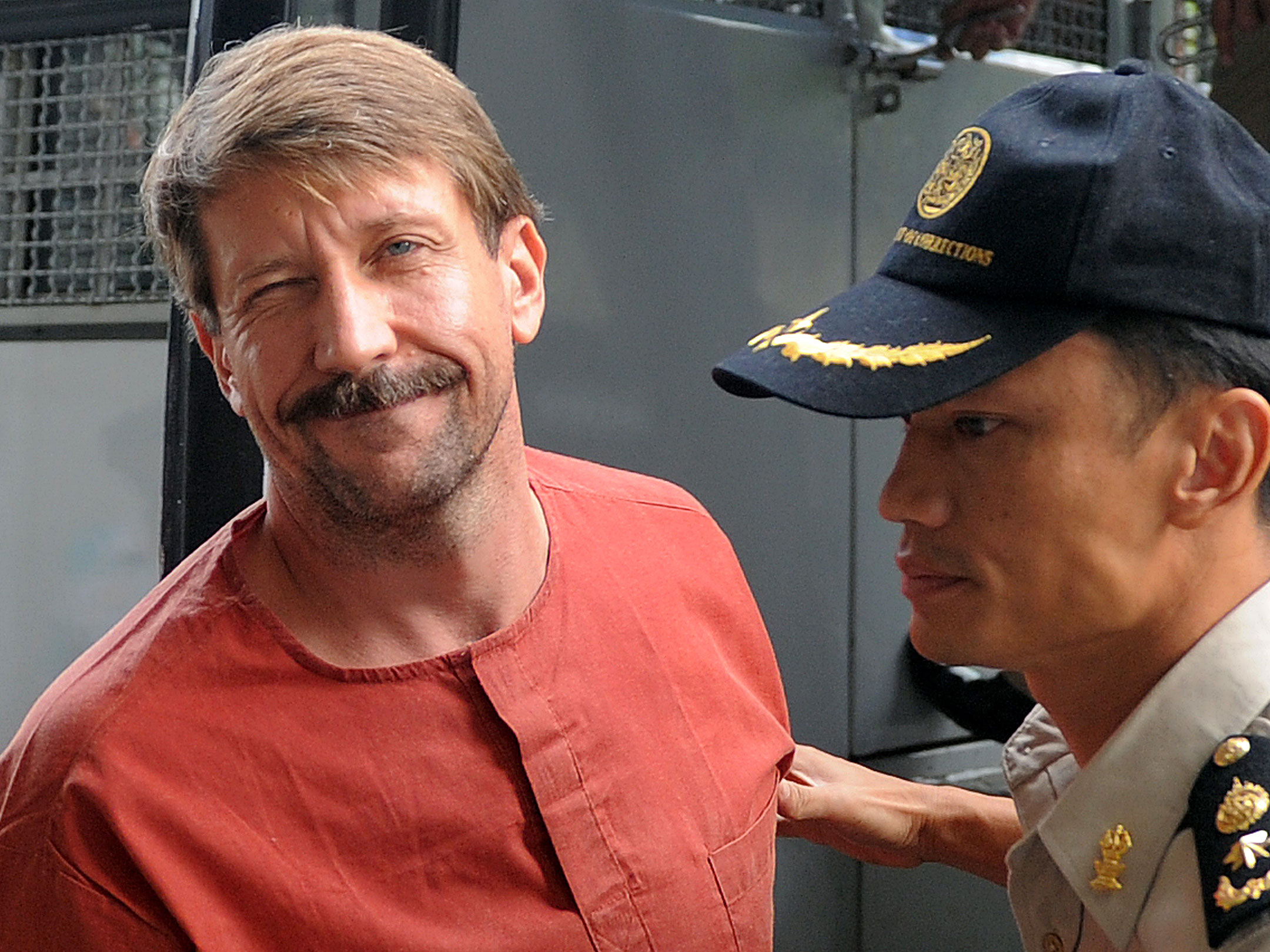 Alleged Russian arms dealer Viktor Bout is escorted by policemen as he arrives for a hearing in Bangkok.

Douglas Farah is senior fellow at the International Assessment and Strategy Center and author, with Stephen Braun, of Merchant of Death: Money, Guns, Planes and the Man Who Makes War Possible.

It looks like the luck of Viktor Bout, one of the world's premier weapons traffickers, has finally run out. The surprise decision Friday of a Thai appellate to overturn a lower-court decision and allow Bout's extradition to stand trial in the United States on charges of trying to sell weapons to Colombian guerrillas means he should finally get his day in court.

Unfortunately for him, the purported buyers for his surface-to-air missiles, unmanned drones, and sophisticated anti-tank systems -- who he thought were from the Revolutionary Armed Forces of Colombia, better known as the FARC, a designated terrorist organization -- were informants of the U.S. Drug Enforcement Administration.

His arrest in Bangkok in March 2008, where he met with the informants to seal the deal, set off tremors in many high places, particularly in Russia. The immediate reaction of the Russian foreign minister and other officials, who denounced the decision and equated it with an attack on the Russian state, shows the importance they place on keeping Bout from talking in open court. Why? What are the Russians so afraid of?

Bout's importance was not just that he exploited the gaping holes in the new world economic order to reportedly move hundreds of thousands of weapons and millions of rounds of ammunition to obscure corners of the world to fan conflicts involving unspeakable human rights atrocities. Nor is it that he was simultaneously able to reap millions of dollars in profits by flying for the United States government, the United Nations, the British government, and other legal entities.

What made Bout unique was his ability to merge private profiteering with state interests in the new globalized world of unfettered weapons flows. Dubbed the "Merchant of Death," Bout, often under the protection of his Russian superiors in the military intelligence structure, created a one-stop shop for weapons that could be delivered virtually anywhere in the world. His access to former Soviet arsenals, aircraft, and crews would not have been possible without state protection.

It was this quantum leap in the ability to provide rag-tag and violent groups like the Revolutionary United Front (RUF) in Sierra Leone and Charles Taylor in Liberia that drew the attention of U.S. and European intelligence services in the mid-1990s. As rebels launched their campaigns of mass amputations and systematic rape to take over lucrative diamond fields, they used weapons purchased through Bout and often paid with commodities.

But it was the same access to rogue aircraft in growing swaths of ungoverned spaces in Africa and Afghanistan that made him useful to the governments that were pursuing him. Need supplies for U.S. troops flown into Baghdad in 2003 when U.S. forces lacked airlift capacity? Bout's planes were available. Need to fly emergency food aid into the Democratic Republic of the Congo? Bout had the planes and pilots. From gladiolas to frozen chicken to AK-47s, Bout was the deliveryman par excellence.

And as Vladimir Putin consolidated the badly fractured intelligence services again over the past several years, Bout was less a rogue agent and more a part of the rapidly expanding Russian arms network. No longer free to operate on his own, he was spotted by European intelligence services in Iran in 2005 and Lebanon in 2006, allegedly delivering Russian weapons used by Hezbollah in the war with Israel that summer.

If the extradition goes through (and under Thai law there are no further appeals allowed), what could Bout offer if he opted for a plea bargain? He could likely tell a great deal about the Russian-led networks that continue to arm jihadi movements in Somalia and Yemen. He also likely knows how the Russian military intelligence and arms structure works, including its interests from Iran to Venezuela and elsewhere. His knowledge base, although he is only 43 years old, goes back more than two decades and possibly extends to the heart of the Russian campaigns around the globe.

No matter what happens with Bout, those quasi-state arms networks will not disappear. But without his unique capabilities, acquiring large amounts of weapons and ammunition has become more difficult and more costly for some of the worst groups in the world. The full-service enterprise has become a series of boutiques, making shopping more time consuming, expensive, and vulnerable to law enforcement and intelligence.

It is unlikely he will turn on his Russian handlers. They have his wife and children, and despite his amoral sales record, he is widely known to be a family man. He endured more than two years in a Thai prison, losing more than 70 pounds and never showing any signs of doubting he would ultimately walk away. He has been, so far, a soldier's soldier. But if he turned, the stories he could tell would make the Kremlin wish it had kept an even closer eye on him.