Accessibility links
'Happiness' Is More Complex Than You Might Think Most people strive to be happy, but take a look at the overflowing self-help shelves in bookstores — happiness can be pretty elusive. In her new book, Exploring Happiness, Sissela Bok draws from philosophy, psychology, neuroscience and everyday wisdom to explain what we really know about how to be happy. 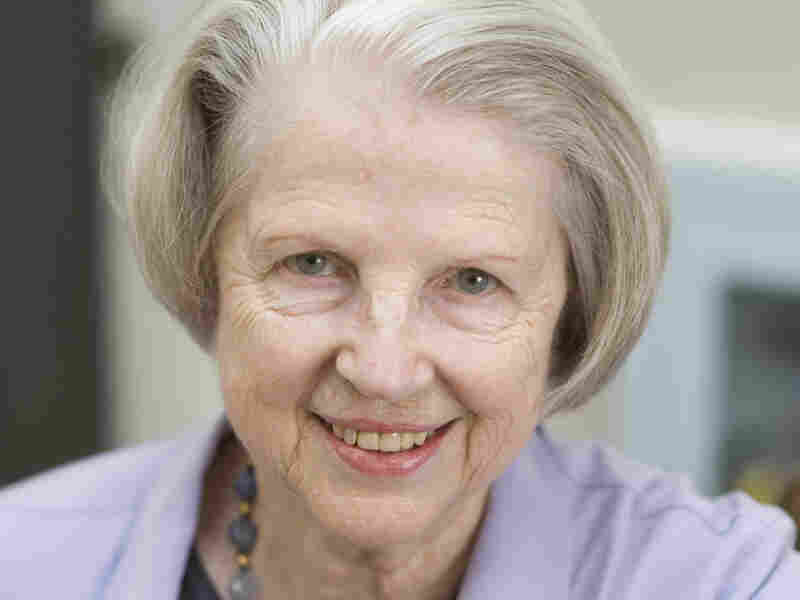 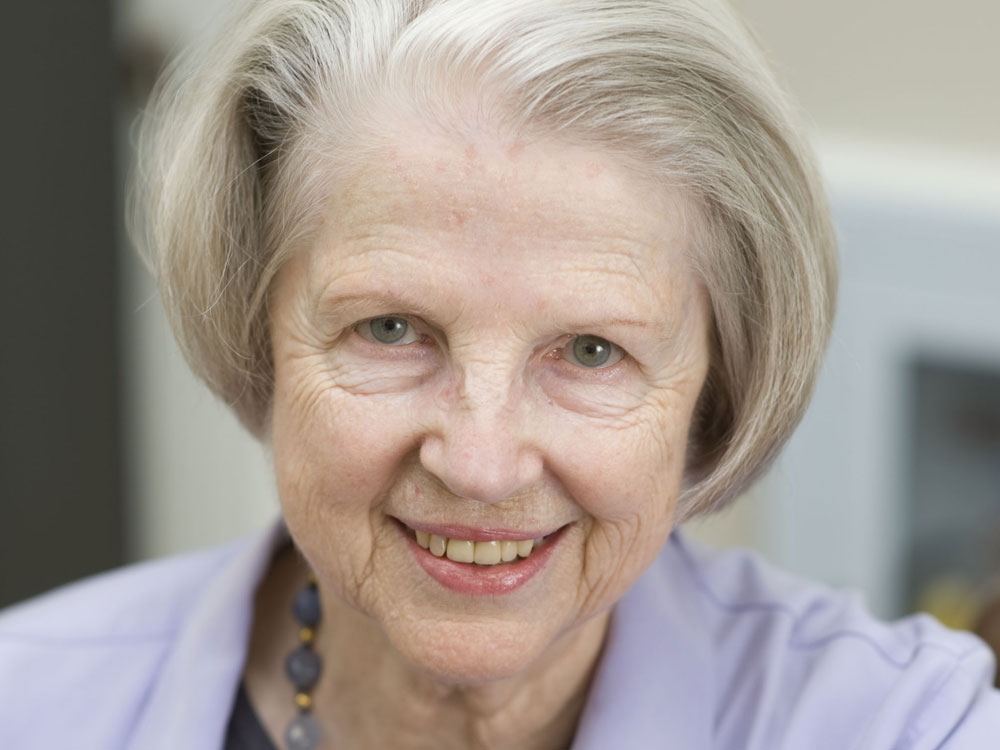 Philosopher Sissela Bok is a visiting fellow at the Harvard School of Public Health.

Most people strive to be happy, but take a look at the overflowing self-help shelves in bookstores -- happiness can be pretty elusive. In her new book, Exploring Happiness: From Aristotle to Brain Science, Sissela Bok draws from philosophy, psychology, neuroscience and everyday wisdom to explain what we really know about how to be happy.

“I’m very interested in how people experience happiness,” Bok tells host Andrea Seabrook. And understanding happiness, she says, requires more than simply feeling happy. “It’s the combination of happy experiences, and experiences … of great suffering that teaches us much more about how to lead our lives.”

And is Bok, the happiness scholar, truly happy?

"I would have to say that I am," says Bok. But "there, I'm a little worried, because I have noticed that many happiness researchers also tend to think that they are. It is possible that one talks oneself into some of that." 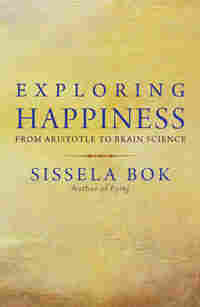 The mind reels at the thought of the infinitesimal chances that any one of us had of being born, able to relish even the slightest glimmer of happiness. In my own case, I can pinpoint one of the myriad moments when all such chances would have been eliminated for good. It occurred four years before I was born. Were it not for my young mother’s newfangled ideas about happiness, I would never have seen the light of day.

My mother, Alva Myrdal, had come close to death after a traumatic miscarriage, then developed a large uterine tumor. Her doctors had urged her to undergo a hysterectomy to remove the tumor, warning her of the high risks to her life from any future pregnancy. But she had refused point blank to have an operation that would have rendered her sterile. Having studied with the psychologist Alfred Adler, she was convinced that there could be little happiness for parents of lone, often self-centered children in what she called “miniature families." She longed to have siblings for the one child she and my father, Gunnar Myrdal, had at the time -- my brother Jan, three years old.

Five decades later, I came across a letter in which my father wrote of his support for her decision to refuse the hysterectomy and instead opt for a more difficult operation to remove only the tumor. “We are putting the outcome in the hand of fate. We have always had magical luck up to now with all that we have undertaken, and I don’t understand why that should not be the case again."

As I read that letter, I could see my life, still to come, hanging by a thread, while my mother-to-be, shy and uncertain though she must have felt when confronted with the doctors’ expert opinion, insisted on having her own way. Only thanks to the joint decision that my father describes and the luck he and she hoped would continue to be theirs did I come into this astounding world at all. For that opportunity I continue to be awed and humbly grateful. Many describe the same feeling after coming face to face with death, perhaps on learning that they are in remission from cancer or that they have survived a tornado or an airplane crash.

When I look at my life and those of all others as resulting thus from innumerable accidents I see these lives as strange and unpredictable adventures. It makes no sense, from such a perspective, to settle into the rut of blaming parents, society, or fate for the course one’s life has taken; or to feel locked into some particular mold that nothing can help one crack open. Yes, we are buffeted by forces and random events far beyond our control. But this is no reason to stop generating efforts of our own, to alter the situation in which we find ourselves, as my mother did. We become who we are in part by how we respond to the shifting circumstances against which our lives delineate themselves.

Happiness, in such a perspective, is to be sought out, pursued, striven for, as in the myths and folk tales about young persons setting out to seek their fortune. They have no assurance of success, no assurance that happiness is owed to them. They have to traverse unknown regions, encounter seductive lures, take high stakes risks, sometimes come back empty-handed. They must find the right balance between empathy and resilience -- between fellow-feeling and self-protection -- as they learn to perceive the humanity and the urgent needs of many a strange-looking creature, while remaining wary of all who claim to know the one and only path to happiness.

The same is true for anyone embarking, as I do in this book, not so much on a quest to find happiness, still less to prescribe steps for others to take to achieve it, as to explore what we can learn about its nature and its role in human lives. Not since antiquity have there been such passionate debates as those taking place today about contending visions of what makes for human happiness. The sixth and fifth centuries BC saw an unparalleled display of such visions by poets, prophets, and thinkers such as Confucius, Buddha, Zoroaster, Lao-Tse, and Socrates, often challenging ordinary perceptions as illusory and describing other, distinctive, paths to true happiness. By the first centuries AD, claims about how to achieve salvation, happiness, and bliss resonated in Eastern cults and mystery religions. They competed not only with Christianity, Judaism, and the worship of Greek and Roman deities but also with secular teachings such as those of Aristotle or Epicurus about earthly happiness as the highest human good.

Now as then, vast populations are on the move, with travelers bringing unfamiliar creeds from distant regions and with migrants, driven by wars and privations, encountering novel visions of the good life. Now as then, the various ideals of happiness carry fundamental moral teachings about how to live. And just as the seekers in myths and folk tales need more than a little luck in order not to return empty-handed, so does anyone examining the role of happiness today. Just as those seekers benefit from combining sympathetic understanding with a dose of healthy skepticism, so too does anyone who ventures into the jungle of claims and counterclaims about happiness -- especially when they meet up with conflicting appeals by religious, political, and other authorities to set aside all misgivings and place faith in their dictates. 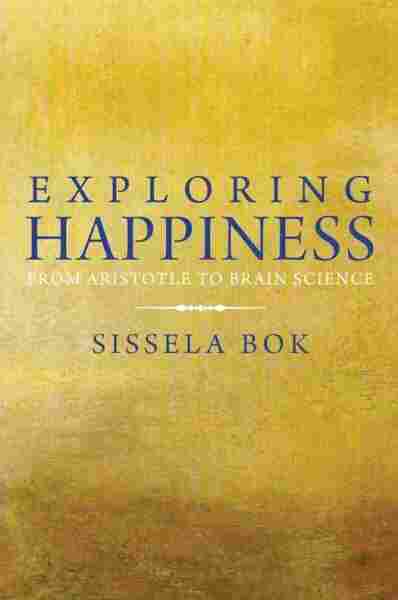 From Aristotle to Brain Science