Accessibility links
Mesrine: A Ruthless Crook, A 'Killer' Film The French outlaw Jacques Mesrine, who terrorized France and killed 39 people, is the subject of the thrilling Mesrine: Killer Instinct, which stars Vincent Cassell as Mesrine and Gerard Depardieu as a Parisian crime boss. Critic John Powers applauds Cassell's acting, saying it "ranks with the best of DeNiro or Pacino or, more recently, Daniel Day-Lewis." 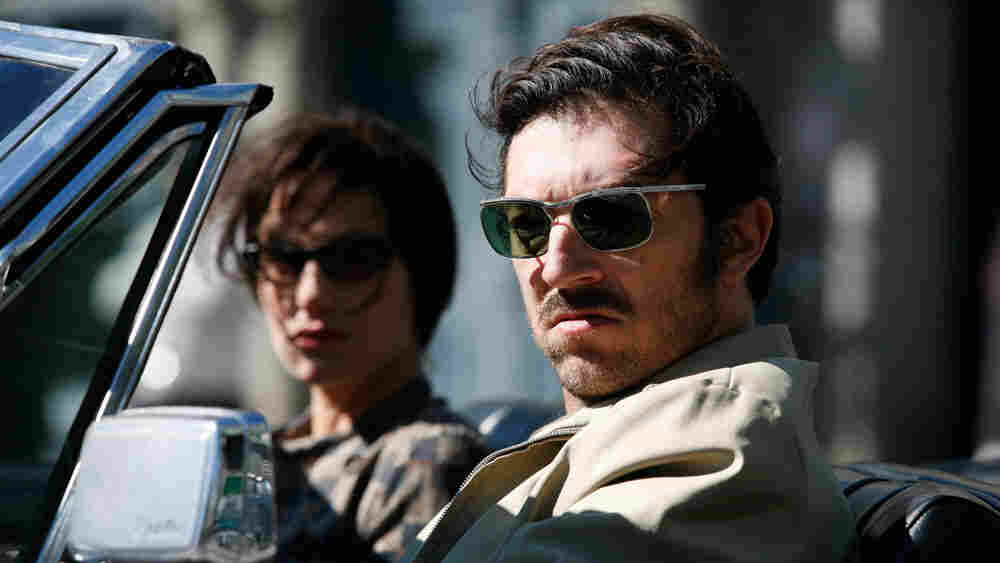 Bonnie and Clyde Jeanne Schneider (Cecile de France) is one of the few outlaws who can keep up with the famous French gangster Mesrine, played by Vincent Cassell. Music Box Films hide caption

In French with English subtitles.

Americans have long had a love affair with gangsters -- be it John Dillinger or The Godfather or Tony Soprano. But we're not the only ones. In London, you hear awestruck talk about the murderous brothers, Reggie and Ronnie Kray. Go to Medellin and the name Pablo Escobar is spoken with an eerie reverence. And if you find yourself in Paris, don't be surprised to see some hip-hop kid wearing a T-shirt with an image of Jacques Mesrine, who, in the '60s and '70s, proudly wore the label of Public Enemy Number One until the police gunned him down and made him immortal.

Equal parts thug and self-styled pop icon, Mesrine is the hero of a two-part gangster saga that's already taken France by storm. The first movie, Mesrine: Killer Instinct, is just coming out here, and although it's accurate – Mesrine killed 39 people -- such a lethal title doesn't do justice to the movie's exuberance, comedy, and even warmth.

Vincent Cassell stars as Mesrine, a rebellious child of privilege who, turning his back on his family's prosperity, becomes a racist soldier -- early on, we see him shoot an Algerian prisoner -- then later a small-time crook. Eventually, he starts working for a Parisian crime boss, Guido, delicately played by Gerard Depardieu, and this means committing bigger crimes. No problem. A born showman, Mesrine wreaks havoc with panache, finding his match in a young woman, Jeanne Schneider, played by Cecile de France. She becomes Bonnie to his Clyde.

Naturally, possessing a killer instinct is a good way of getting killed yourself, and eventually the lovers wind up fleeing to Canada. In Quebec, Mesrine gets thrown into a brutal, famously escape-proof prison from which, inevitably, he escapes -- beginning his legend as the outlaw that no prison can hold. This escape becomes the launching pad for the second Mesrine film, called Public Enemy Number One.

There is, of course, a grand tradition of gangster movies in France -- probably reaching its peak in the work of Jean-Pierre Melville -- but here director Jean-Francois Richet' juiced-up style seems steeped in rollicking American pictures like Goodfellas. Clearly bored by psychological and sociological analysis, he's more eager to entertain you than make you think.

Killer Instinct is at most enjoyable as a classic, French-style character study that seeks to show us Mesrine in all his aspects. We see the ruthless crook, sure, but we also see the laughing hedonist who digs sex and partying, the underworld acolyte loyal to Depardieu's Guido, the suburban kid still driven nuts by his folks, the ardent lover burning with passion for his Jeanne, and the charmer famous for being able to win over anybody, including cops and prison guards. 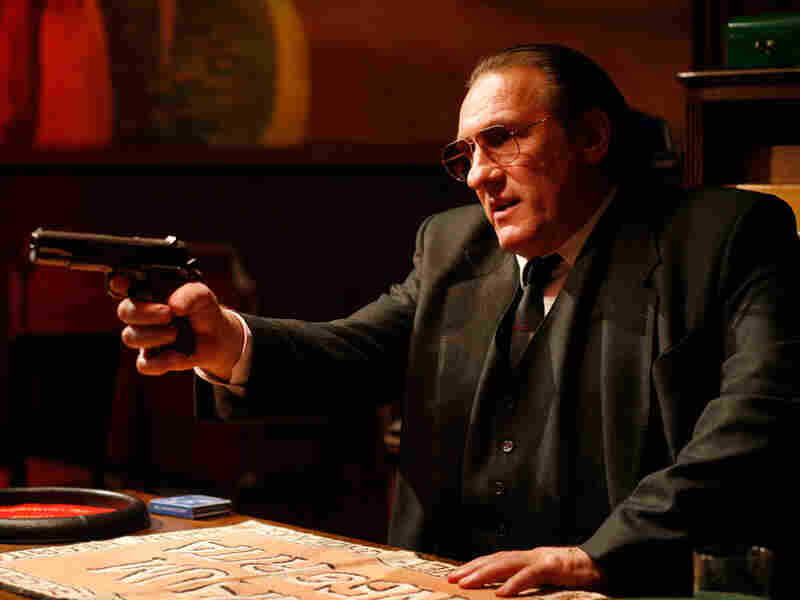 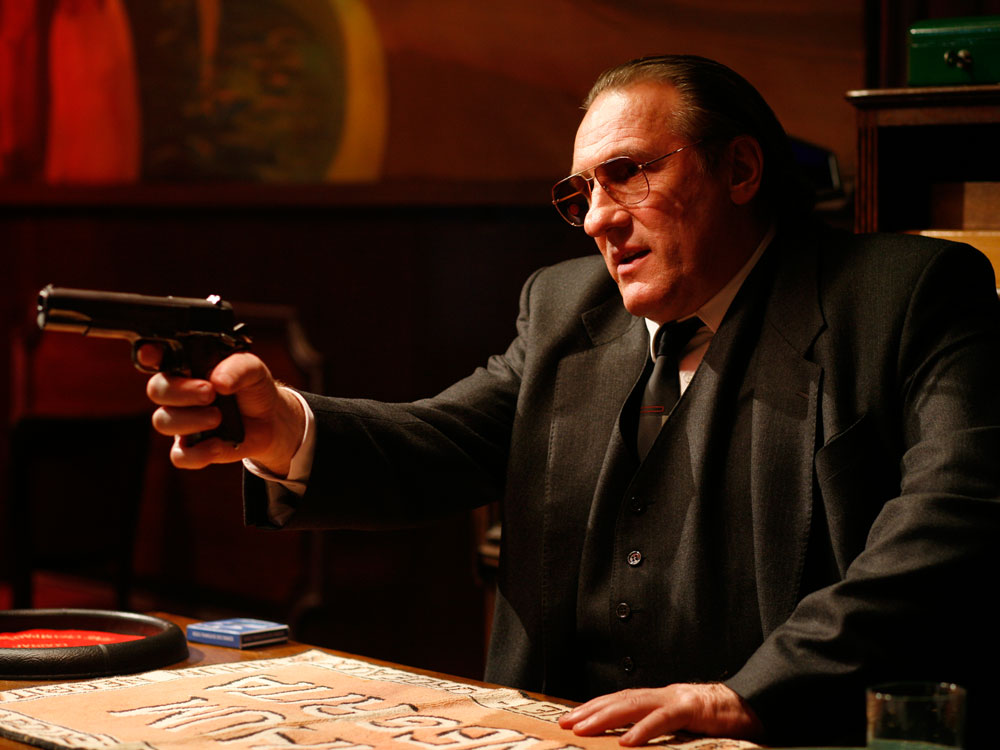 It's the essence of a good movie gangster that he attracts us even as he repels us, and Cassell -- whose eyes can switch from lazy to lethal as quickly as a tiger's -- carries himself with the effortless ease of one for whom crime is the vital element in which he swims. He gives a thrilling, full-court-press of a performance, and I'm not joking when I say that Cassell's work ranks with the best of DeNiro or Pacino or, more recently, Daniel Day-Lewis. His Mesrine is magnificently alive.

Now, the allure of gangster tales has always been that they satisfy both our id and our super-ego. Mesrine's story lets us follow, even identify with, an amoral man who acts out the giddy anti-social impulses that society has taught most of us to suppress. At the same time, gangster stories also provide the reassurance of knowing that we aren't foolish in following the rules. The Dillingers, Escobars, and Mesrines may have their soaring moments, but they inevitably come crashing back to earth. Doom is in their DNA.

It was certainly in Mesrine's. But fate's morality play doesn't catch up with him until the second movie, which is one reason this first one is so exciting -- and unsettling. As Jacques Mesrine robs and kills and thumbs his nose at authority, he offers us a portrait of taboo-busting freedom that's easy to envy -- when we're not averting our eyes from the violence that is the price of such freedom.