Accessibility links
Who Can A Young Fan Look Up To? It's Tough Finding A Hero. Our nation of boys and girls looking for a sports hero may have to turn its eyes to entertainment -- or even politics. All the big stars seem to be either embroiled in scandals or retiring while they're still on top. 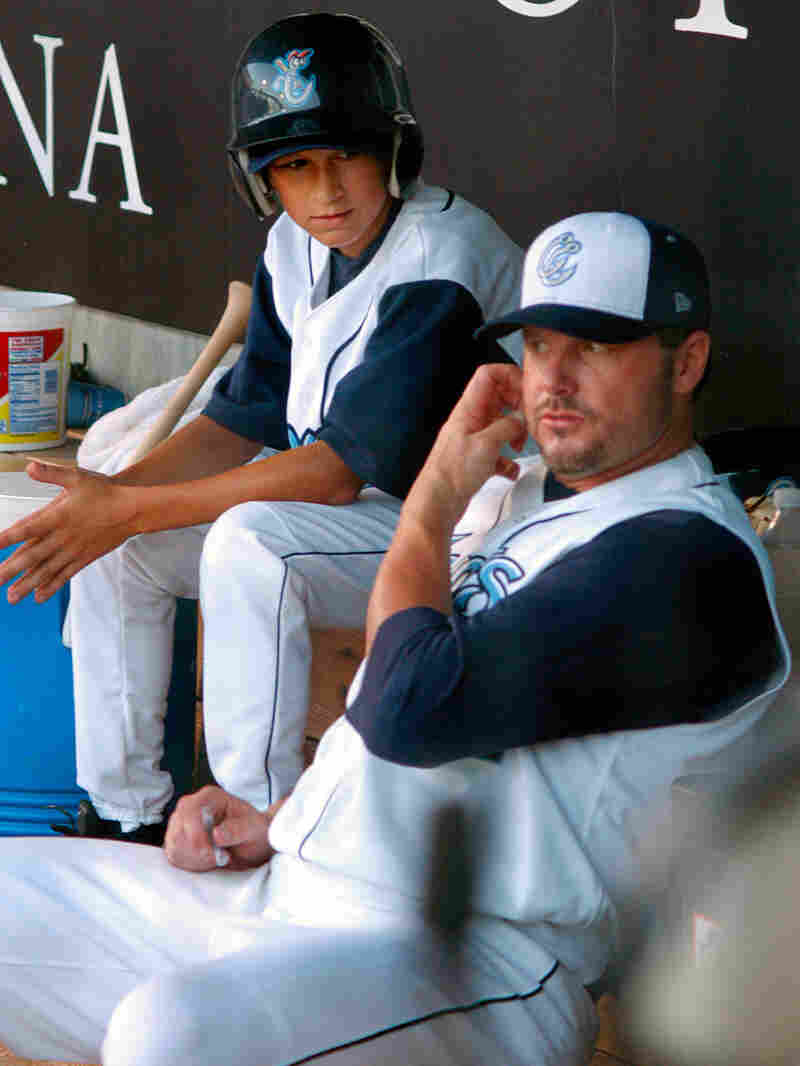 A Tarnished Star: Roger Clemens has been indicted for perjury related to an inquiry into doping in baseball. Here, a batboy watches the pitcher in 2006, when Clemens pitched for minor-league Corpus Christi before rejoining the Houston Astros. Paul Iverson/AP hide caption 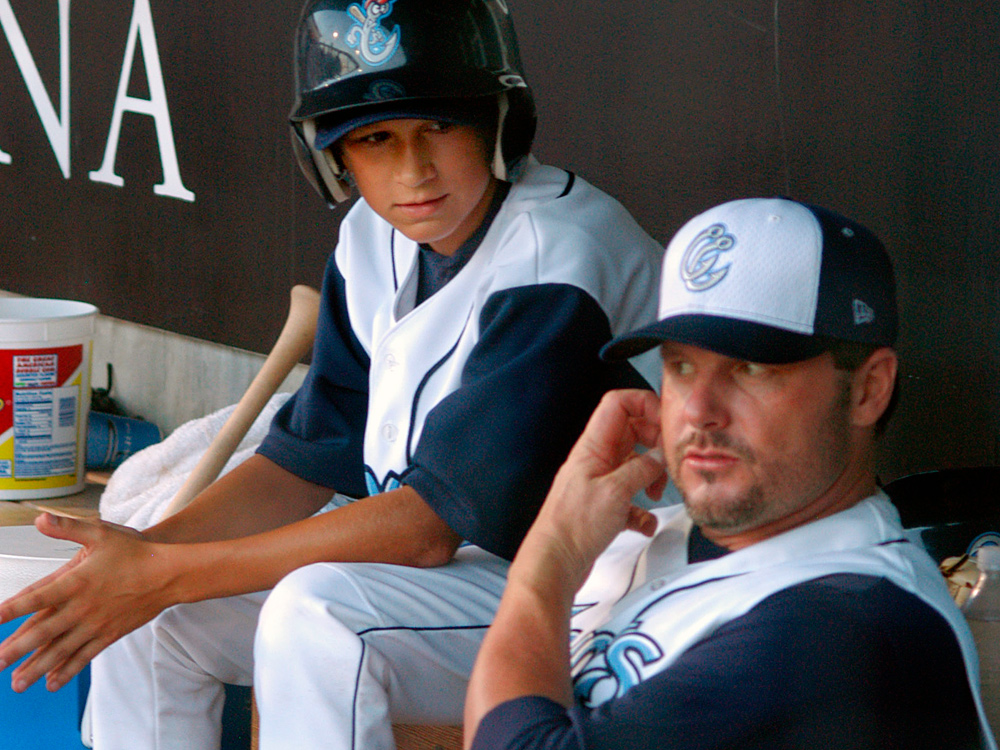 A Tarnished Star: Roger Clemens has been indicted for perjury related to an inquiry into doping in baseball. Here, a batboy watches the pitcher in 2006, when Clemens pitched for minor-league Corpus Christi before rejoining the Houston Astros.

This must be a terrible time for the children of America.  We've always been told that our little tykes need to look up to star athletes.  But one way or another, those heroes are either being disgraced or getting injured or just plain disappearing.  At this rate, our nation of worshipful boys and girls will have to turn its lonely eyes away from sports stars to actors, or reality-show people -- or even, heaven forbid, to politicians.

It all starts, of course, with Tiger Woods, and we do not have to elaborate on that except to say that now poor Phil Mickelson has arthritis, so golf is down to No. 3.  Only, of course, there is no No. 3.

The networks that bring us golf tournaments are completely discombobulated. They keep showing us Tiger Woods instead of who is actually winning the tournament.  No golf journalists remember how to cover golf the way it was pre-Tiger Woods.  So, as a consequence, not only is Tiger Woods a bad memory we can't escape, but golf itself has disappeared down a rabbit hole.

Meanwhile, in women's golf, first Annika Sorenstam, the closest thing to a female Tiger in our time, retired to start a family, and then her successor, Lorena Ochoa, retired to be with her husband -- so now the women's tour doesn't exist, either.  It's like Snow White waiting for some tournament to kiss Michelle Wie and finally make her the fairest of them all.

Lance Armstrong is a fading Tinker Bell. Clap, boys and girls, if you're sucker enough to believe in him.  Ben Roethlisberger, Middle America's blue-collar quarterback, is suspended for being, well, extremely nasty.  The less said about Roger Clemens, the better.  Too bad for old Roger that he felt obliged to say more.

Michael Phelps actually got beat.  Is that the first leaf of autumn to fall into his pool?  Roger Federer carried tennis on his back.  All of a sudden, he's just another aging quarterfinalist.  Serena Williams seldom shows up to play, and now she's really hurt, and can't play in the U.S. Open.  Usain Bolt, the world's fastest human ever-ever-ever, got beat, is injured, and his departure from the track is as damaging to the popularity of his sport as it was when Simon left American Idol.

Overnight, LeBron James, who modestly calls himself The Chosen One, went from you're-so-fine to what-were-you-thinking? -- and now everybody outside Miami-Dade County roots against the best player in the game.

Alex Rodriguez hit his 600th home run, and all that did was remind people that the best baseball player of this century is a cheat.

It's like some evil genius is sitting in some cave, cackling maniacally, as he picks off our poor dear children's heroes, one by one.  So, please, yes -- let's give a rousing cheer that Brett Favre has once again decided that we need him.  Speaking for the children of America, thank you, Brett, for coming back again; and again; and again.