Accessibility links
TV Forensics: 'Bones' Makes It Look So Easy Kathy Reich's Spider Bones, the 13th installment in a series of forensic thrillers, explores the sometimes tangled webs of the criminal justice system. Reichs explains that forensic anthropology is a valuable tool for cracking cold cases, but that solving crimes is rarely as easy as it seems on screen. 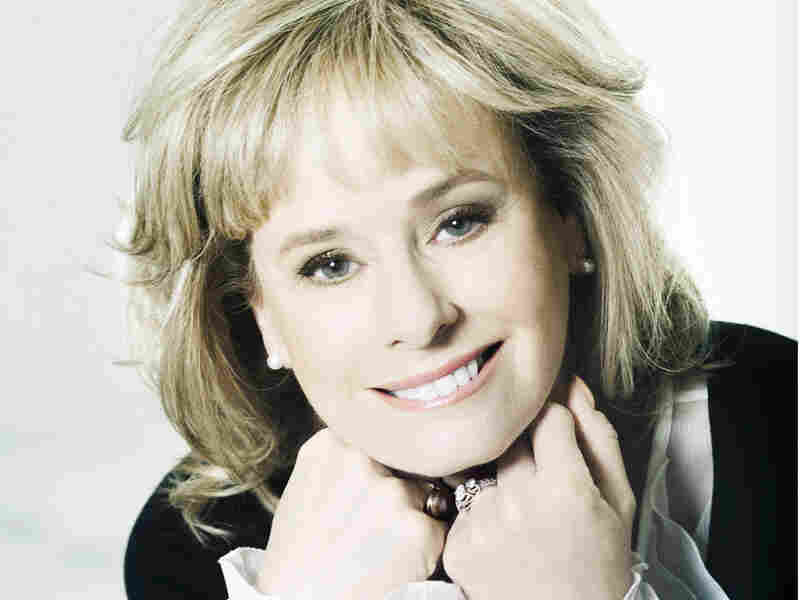 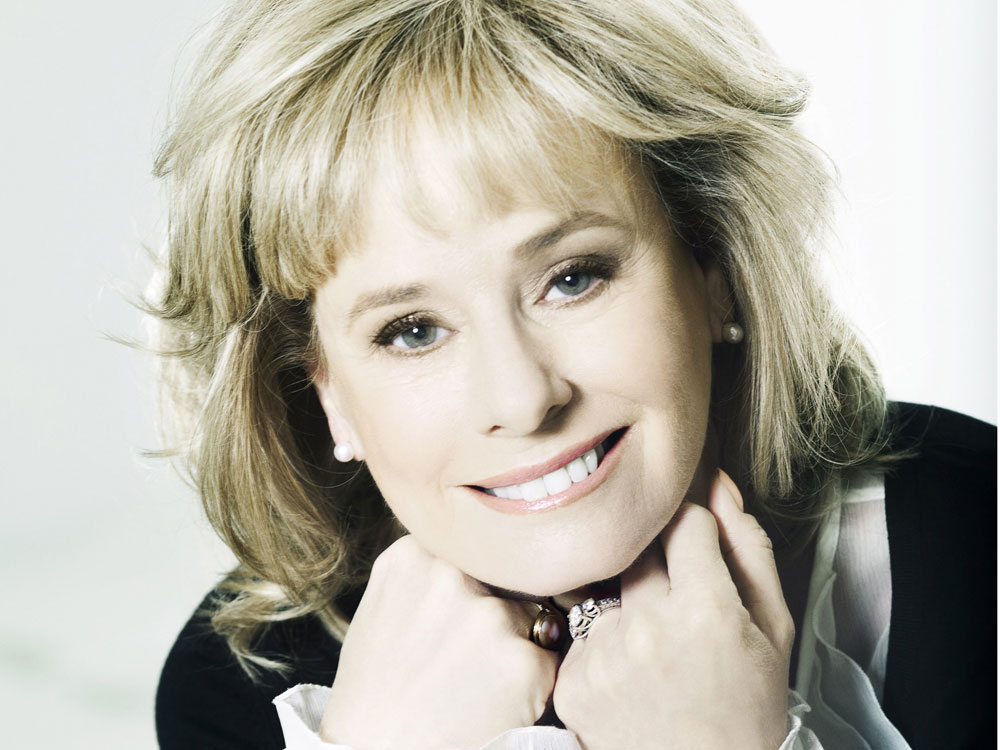 Forensic anthropologist Temperance Brennan solves slayings with science in a best selling series of thrillers. Those popular books are also the inspiration for the Fox Television program, Bones.

Brennan may be a fictional forensics prodigy, but she's also the alter ego of real-life forensic anthropologist Kathy Reichs. Reichs is a producer of Bones, and author of the Temperance Brennan novels.

Reich's Spider Bones, the 13th installment in the series, sheds light on the sometimes tangled webs of the criminal justice system, while the intrepid Brennan demonstrates how forensic anthropology can be used to solve decades-old mysteries.

But while forensic techniques, such as bitemark and footprint analysis, have become staples of police show plot lines, Reichs says many programs don't reflect the reality of forensics investigations. "Sometimes a technique may have some legitimacy to it," she tells host Neal Conan, "but it's pushed way beyond where it ought to be used."

As crime labs become increasingly popular on television, Reichs says many viewers have developed mistaken impressions about how real-world -- and often cash-strapped -- police departments solve crimes. All the technology used in the Bones labs is authentic, she says, but most real crime labs simply don't have access to those high-tech tools. "That's because you can't afford it -- you can't afford to buy a three-dimensional holographic reconstruction machine, for example."

"That is the down side to all of these shows," says Reichs. "It does raise perhaps unrealistic expectations about what will be available in every single case." 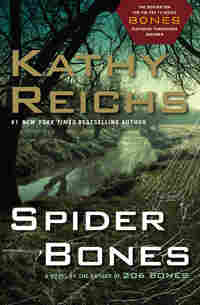 Five yards up the shoreline, a rusted red moped sat beneath a precociously flowering tree. The license plate was unreadable from where I stood. At least with my eyes.

Dual rearview mirrors. Kickstand. Raised trunk behind the seat. The thing reminded me of my freshman undergrad wheels. I'd loved that scooter.

Walking the area between the skiff and the moped, I saw a set of tire treads consistent with the pickup parked by the road, and one tread line consistent with the moped itself. No foot or boot prints. No cigarette butts, aluminum cans, condoms, or candy wrappers. No litter of any kind.

Moving back along the water, I continued recording observations. The engine sounds grew louder.

Mud-rimmed pond, shallow, no tides or chop. Apple trees within five feet of the bank. Ten yards to a gravel road accessing Highway 219.

Satisfied I'd learn nothing further from the scene, and wanting a word with the industrious Agent Bandau, I turned and walked toward the vehicles lining the road.

I recognized the van's driver, an autopsy tech named Gilles Pomerleau. Riding shotgun was my new assistant, Roch Lauzon. Exchanging bonjours, I assured Pomerleau and Lauzon the wait wouldn't be long. They crossed to view the corpse. Ryan remained in the cruiser with the unfortunate angler.

I approached Bandau, a gangly twentysomething with a wheat blond mustache and skin that looked like it really hated sun. Though it was hidden by his agent's cap, I envisioned pale hair going south at a rate that alarmed its young owner.

"What's with the plastic wrap?" Bandau asked in French, looking past me toward the corpse.

"Good question." I had no explanation.

Bandau's face came around, winking my reflection off his aviator shades. My expression was not a happy one.

"I understand you were the first responder."

Bandau cocked his chin toward his cruiser. "Local named Gripper found the vic. Claims he was fishing when he saw the canoe. He motored over to investigate, something snagged his propeller. Says he paddled in, saw his catch was a corpse, dialed nine-one-one on his cell. While waiting, he dragged the body ashore then retrieved the canoe."

"Guess you could say that."

"Is he believable?" I asked.

"What are his creds?"

"Lives on avenue Margaret with his wife. Works maintenance at the wildlife park."

Hemmingford is located in the Montérégie region, a hair from the Canada-U.S. border. The Montérégie is noted for apples, maple syrup, and Parc Safari, a combination drive-through nature preserve and amusement park.

When I first started commuting to Quebec, the media were following the story of a group of rhesus monkey escapees from the park. I had visions of the band belly-crawling south through the night to avoid border patrol, risking all for a green card and a better life. Twenty years later, the image still amuses me.

"I caught the call around noon, drove out, secured the area."

"And printed the body." Chilly.

Sensing my disapproval, Bandau spread his feet and thumbhooked his belt. "I thought it might speed the ID."

"You cut the plastic."

"I wore gloves." Defensive. "Look, I had the new camera, so I shot close-ups and transmitted the file electronically."

"You compromised the scene."

"What scene? The guy was bobbing in a pond."

"The flies will chip in to buy you a beer. Especially the ladies. They're ovipositing with glee as we speak."

"What happened with the prints?"

"I got ridge patterning on all five digits. Someone at the post sent the file to CPIC. From there it went into both NCIC and the New York state system."

"Why send the prints south?"

"Being on the border, we get a lot of Americans coming through. And the scooter has a New York plate."

Hearing a car door slam, we both turned.

Ryan was walking toward us. Released for the moment, Gripper was leaning on his pickup, looking uneasy.

Ryan nodded to Bandau, spoke to me.

"Based solely on size."

"Tough to say. Given this week's warm temperatures, and the shrink-wrap, I'd guess a day or two. There's some decomp, but not much." I cast a meaningful glance at Bandau. "That'll change now that the bugs have been issued a gate pass."

I told Ryan what Bandau had done.

"What kind of rookie move was that?"

Ryan turned back to me.

"Twenty-four to forty-eight hours tracks with the wit's account. Gripper says he comes out here on his days off, usually Tuesdays and Thursdays. Swears day before yesterday the pond was canoe and corpse free."

"Algae patterning suggests the body was floating with the head just at or below the waterline," I said.

Ryan nodded. "According to Gripper, the body was hanging head up in the water, with the booted foot attached to a rock lying on the bottom. He guesses the pond's about eight feet deep where he found the guy."

"Where was the canoe?"

"Beside the vic. Gripper says that's how the rope got tangled in his outboard."

Ryan spoke to Bandau. "Check for feedback on those prints."

Ryan and I watched Bandau lope toward his cruiser.

Ryan glanced toward the body, back to me.

I spread my palms in a "who knows" gesture.

Ryan smiled. "That's why I bring you along."

"The vic probably kept the canoe at the pond and drove the moped back and forth."

"Back and forth from where?"

A wood thrush trilled overhead. Another answered. The cheerful exchange was in stark contrast to the grim conversation below. As I glanced up, hurried footsteps startled the birds into flight.

"Got him." Bandau's aviators were now hanging by one bow from his pocket. "Cold hit in the States. Thirteen-point match."

Ryan's brows may have shot higher than mine.

"Not bad, Bandau." This time I said it aloud.

Excerpted from Spider Bones by Kathy Reichs. Copyright 2010 by Temperance Brennan, L.P. Excerpted with permission by Scribner, a Division of Simon & Schuster Inc. 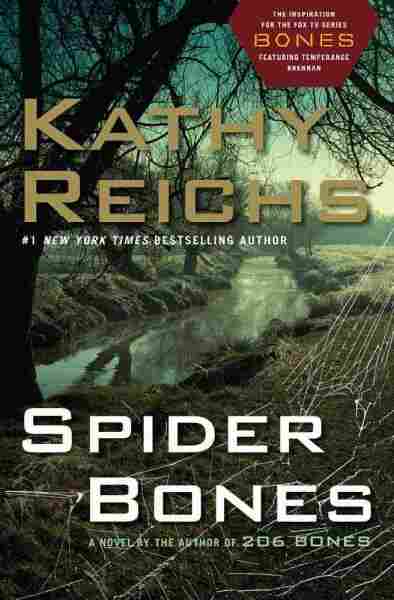