Accessibility links
How To Make College-Bound Students Financial Pros New college students will have to master tough personal finance lessons early. Fahiya Rashid, a student at the University of California, Irvine, says her dad warned her of the problems he had. Rashid says her dad had more than a dozen credit cards and took out students loans. She says he's still paying the money back. 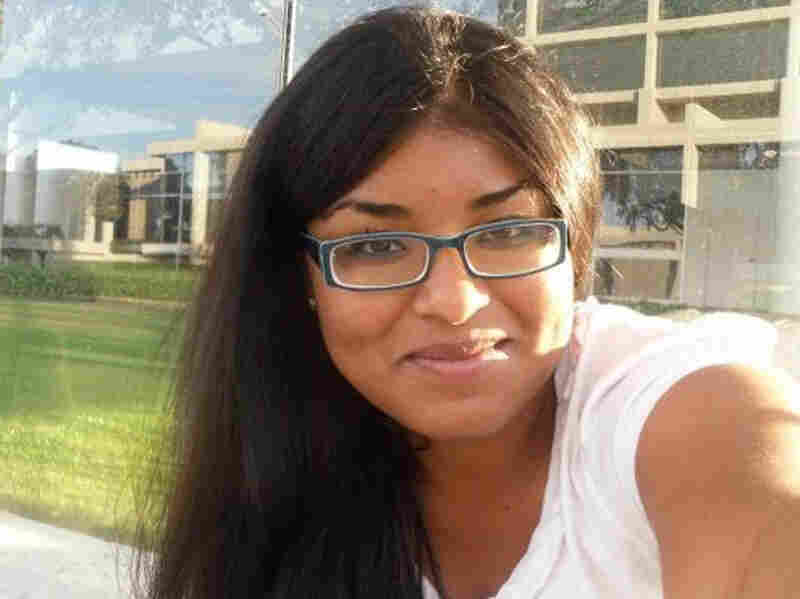 Fahiya Rashid, who attends the University of California, Irvine, says she got some wise advice from her father. When he went to college he took on too much debt, and he's still paying it back. Ariel Edwards-Levy/Youth Radio hide caption 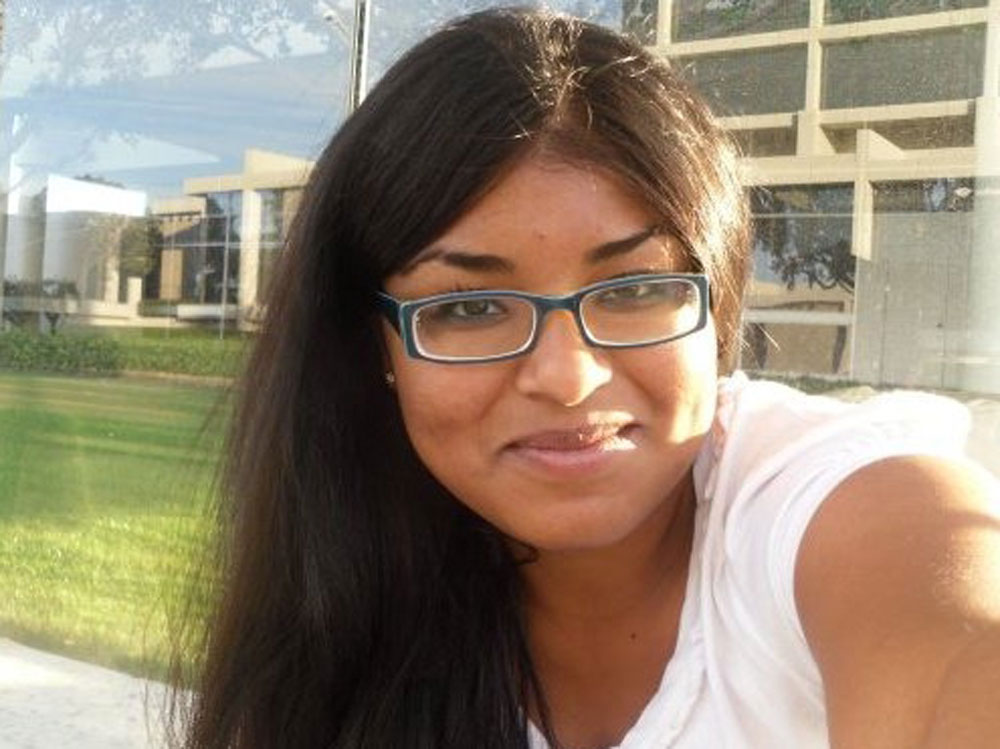 Fahiya Rashid, who attends the University of California, Irvine, says she got some wise advice from her father. When he went to college he took on too much debt, and he's still paying it back.

When Fahiya Rashid started college at the University of California, Irvine, she thought she knew most of the financial traps to avoid. She says her father's experience taught her to watch her spending.

"When he was in college, he went crazy," Rashid says. "He had, like, 18 different credit cards. He took student loans. And now he's almost 50 and he's still paying that money back. And there's not a stop to it. So he taught me, just limit yourself to one or two cards, and spend very wisely. Don't spend money you don't have."

But during her freshman year, Rashid says, she faced an unexpected problem.

"When you start school, they give you a whole bunch of loans. They're like, 'OK, take this, take that, take this.' I was under the impression that I needed all of that money, so I said yes to every single one of them, which is a bad idea, of course."

She returned as many of the unnecessary loans as possible -- about $3,000 worth. Rashid figures the less she borrows now, the better off she'll be after years of compounding interest.

Problems like hers are common, says financial expert Kathy Kristof, because students aren't taught about money. "Most of them are pretty clueless when they first start college, unless their parents have really done a great job of educating them about finance all along. We just don't get much financial education in high school, and then parents send their kids off to college kind of like pushing them out of the nest."

Kristof, who wrote the book Taming the Tuition Tiger, says the biggest mistake students make is getting into too much debt, especially by taking out private student loans. She says the loans are easy to confuse with federal loans. But they have much higher interest rates.

There are other financial lessons that have to be learned through experience. University of Southern California student Arlene Washington says living on her own taught her how to budget. She learned to save money for hidden fees on things like student government, as well as for smaller purchases.

"When you're living with your parents, you don't know everything that comes into what you need to support yourself. So when you're on your own, there might be certain things, even as little as toilet tissue."

She says her best lessons in finance came from her job on campus: "Because, you know, you would get your check at a certain time of the month. And then after you get that check you say to yourself, 'Well, how much can I spend and how much do I need to use on certain things monthly?' Whether it be bills or different things -- I need to buy food, things like that."

Kristof says making sure kids have jobs is one way parents can teach them about money. But it has to be part of a larger conversation.

"If you've been all along, all through high school, talking to your kids about money, it's good to let them fly solo right now and take the responsibility for their finances. If you know you haven't done that, you want to wean them from your protection over time," she says.

Kristof sees no fast way to make college-bound students financial pros. But she says learning how to manage money is as important as what you learn in the classroom.

Youth Radio's Ariel Edwards-Levy is a journalism student at the University of Southern California and a producer for Annenberg Radio News.