Accessibility links
Movie Review - 'Takers' - They Shouldn't Make 'Em Like This Any More A crew of heist artists tries to do one last job -- with more money at stake than ever. The Wire's Idris Elba co-stars with Matt Dillon in an ensemble action flick that's slickly packaged but otherwise a by-the-numbers exercise. 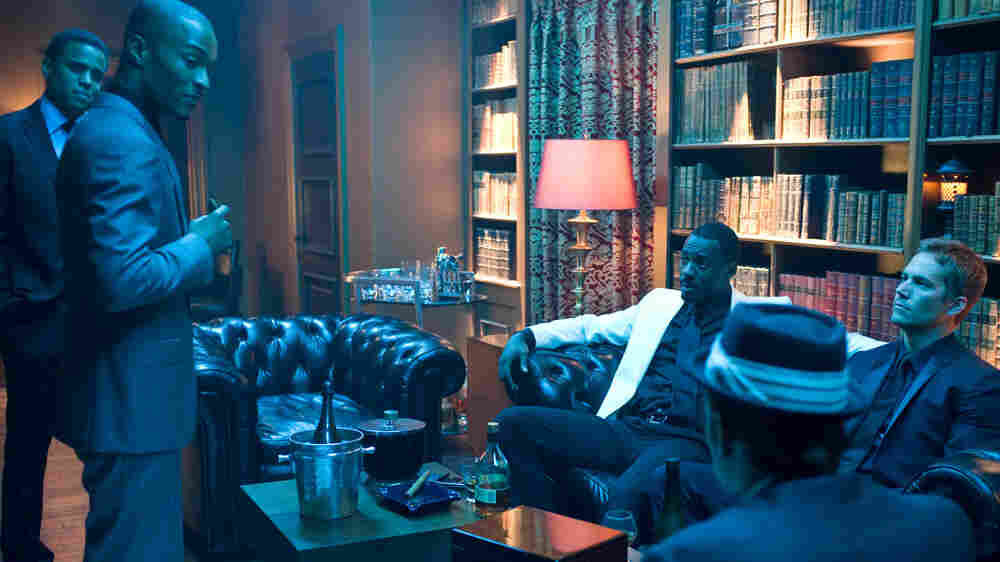 Ghost Of Heists Past: Rapper Tip "T.I." Harris (second from left, with Michael Ealy, Idris Elba and Paul Walker) plays a just-out-of-jail thief who approaches his former crew with the chance to pull one last job — and snag more money than ever before. Suzanne Tenner/Screen Gems Inc. hide caption

PG-13 for intense violence and action sequences, a sexual situation/partial nudity and some language

'He's Headed Through The Park'

The Wire really ruined things for cops-and-robbers cinema. Back in the '80s, Hollywood could still make a movie like Takers, counting on some audiences to buy into its slick, quasi-operatic take on suave, sexy criminals and the gruff, hard-boiled officers obsessed with bringing them down. Now audiences are savvy enough to realize that extended shootouts on crowded city streets aren't really a typical day of police work.

Of course, The Wire wasn't the only cop show in the past decade to debunk the '80s glamorization of police and thieves, but it's relevant here because Takers features two cast members from that show -- Idris Elba in the lead, plus Glynn Turman in a smaller role -- and they're constant reminders of just what kind of crime fiction this isn't.

Elba plays (as he did on television) a cool, calculating criminal, in this case the leader of a crew of heist artists possessed of a creativity and a surgical precision that would make the Ocean's 11 gang envious. And as a heist picture, Takers doesn't stray far from formula. Ghost (rapper T.I.) gets out of jail the day after his former crew hits a bank for more than $2 million and comes to them for money they owe him from years before -- and to lay in their lap the promise of an even bigger score. It's not quite the "one last job" typical of the genre, but it fits the mold.

They're being tracked by the standard-issue obsessive cop, a hardened lawman who lives and breathes the job, so oblivious to life outside his work that he spends his day off trailing a suspect with his daughter in tow. Matt Dillon phones in the role, seemingly hoping that a raspy tough-guy growl will suggest a depth of character lacking in the script.

He's not alone. Director John Luessenhop doesn't challenge anyone in the cast to do much acting; Elba does what he can with the material, but the worst of the bunch -- Paul Walker and Hayden Christensen, wooden performers even on many of their best days -- seem like they're reading lines for the first time.

That's problematic for the film's emotional subplots, of which there are far too many. Personal dramas away from the heist are an essential part of these movies: They provide the distractions that make for sloppy execution and the potential for disaster, and they create an otherwise unlikely rooting interest in unsavory crooks. Luessenhop and his three co-writers hedge their bets by giving many of their characters half-baked personal crises, but with no heft to the performances, it's hard to care whether anyone's dreams are dashed or fulfilled. 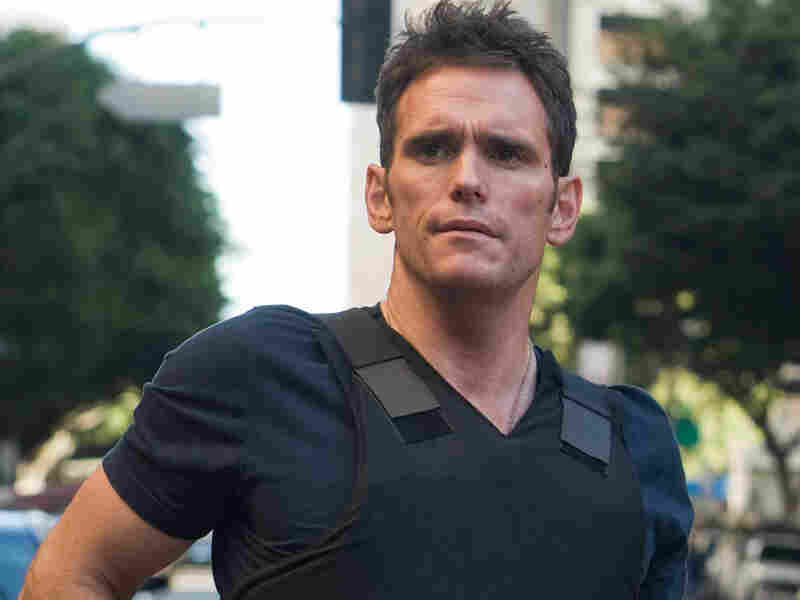 On The Prowl: Matt Dillon plays that heist-movie fixture, a cop determined to track down the superslick culprits once and for all. Suzanne Tenner/Screen Gems Inc. hide caption 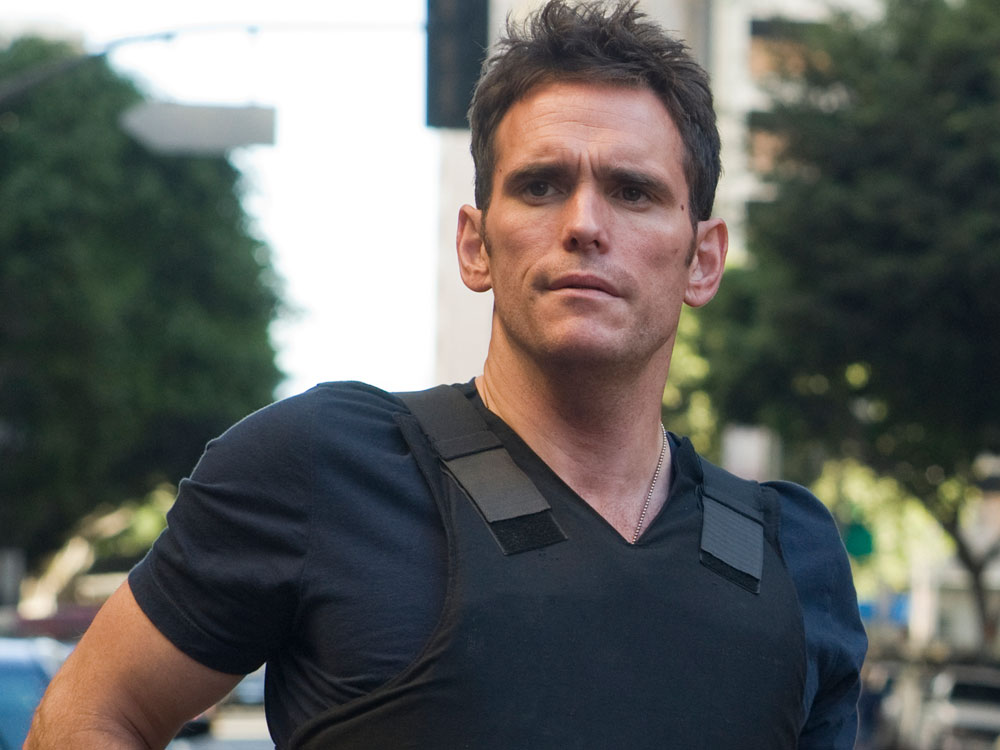 On The Prowl: Matt Dillon plays that heist-movie fixture, a cop determined to track down the superslick culprits once and for all.

That leaves the heist itself to compensate, but it only digs deeper into action movie cliches. There's the obligatory chase sequence, a frenetically edited shaky-cam set piece in which beleaguered singer Chris Brown gets to sprint across the tops of cars. There are double-crosses, point-blank shootouts between warring criminals, and a Mexican standoff. And, just in case you haven't had enough of that hoariest of shoot-'em-up images, one character even fires a gun while diving sideways. In slow motion. While soulful, swelling strings underline the poignancy of the gunplay.

Takers might have been cutting edge in 1985. But in 2010, after these images have been endlessly spoofed and rendered obsolete by more sophisticated takes on the material, it's little more than a humorless throwback that was never let in on the joke.