Accessibility links
New Orleans' Rebound Brings Surprising Riches Five years after Hurricane Katrina, New Orleans isn't the city it used to be. The Census Bureau estimates there are 100,000 fewer people living there than before the storm. But many in New Orleans say things may actually be better -- from its sense of community to a greater appreciation of the city's food and music. 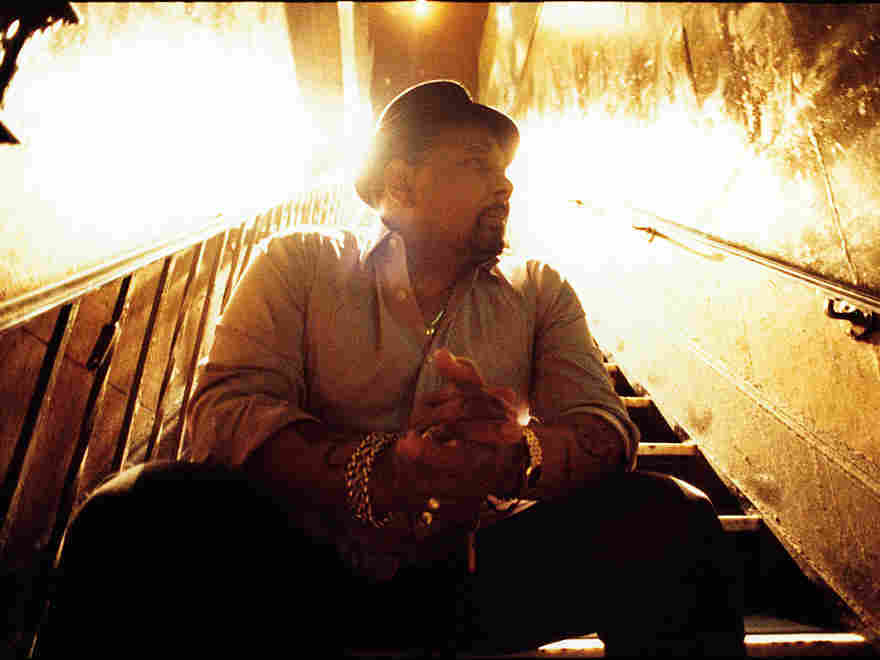 New Orleans' premier musical event, the Jazz and Heritage Festival, has been steadily rebuilding attendance since then, drawing on nationally known local talent such as Aaron Neville (above). Courtesy of Aaron Neville hide caption 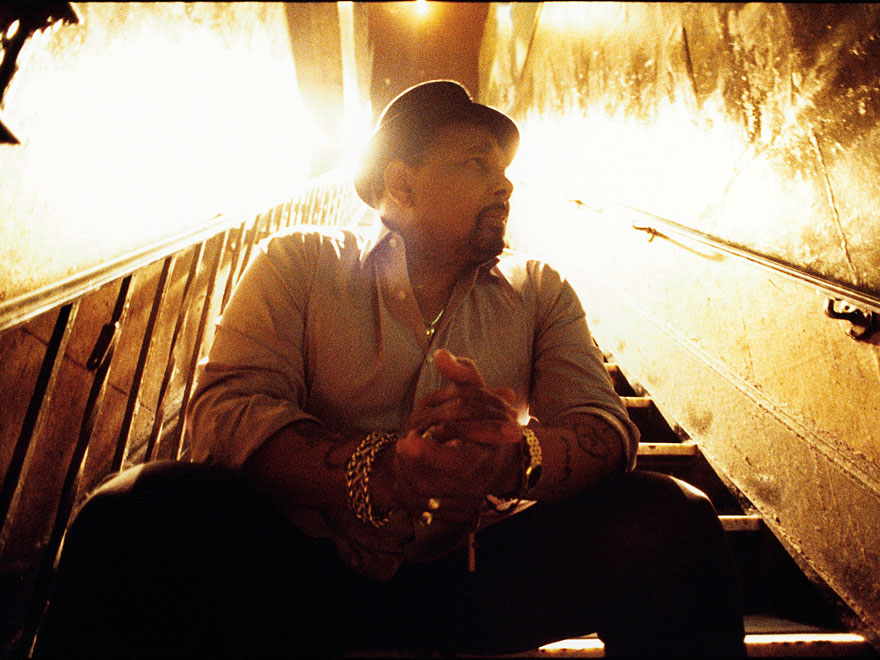 New Orleans' premier musical event, the Jazz and Heritage Festival, has been steadily rebuilding attendance since then, drawing on nationally known local talent such as Aaron Neville (above).

Five years after Hurricane Katrina, New Orleans isn't the city it used to be. The Census Bureau estimates there are now 100,000 fewer people living there than before the storm.

Although the part of the city visitors see -- the French Quarter, Uptown, The Garden District -- look the same as before, New Orleans still has many challenges ahead.

Despite that, many in New Orleans say things may actually be better than before Hurricane Katrina.

A Strong Sense Of Community

In New Orleans Lower 9th Ward, the city's comeback still seems years away. It was the epicenter of destruction when floodwalls along the industrial canal gave way, sending a surge of water that moved houses off their foundations, wiping out an entire neighborhood. 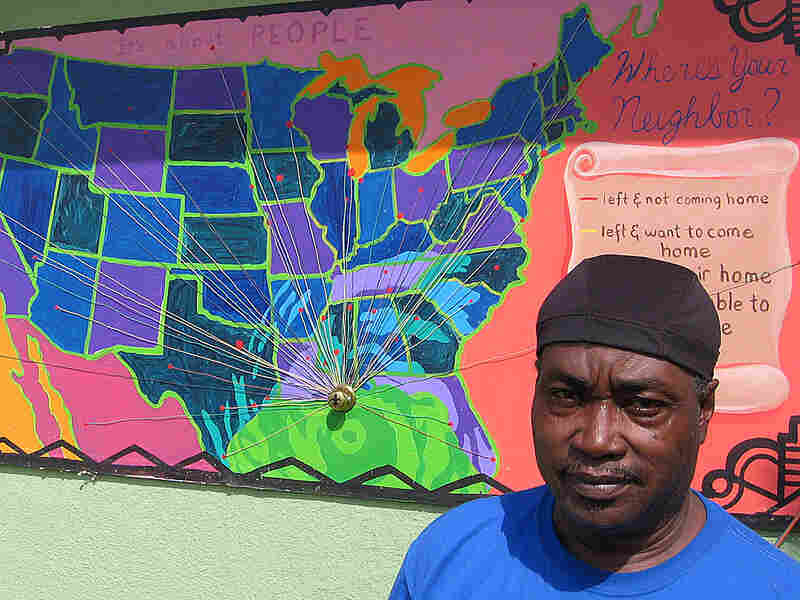 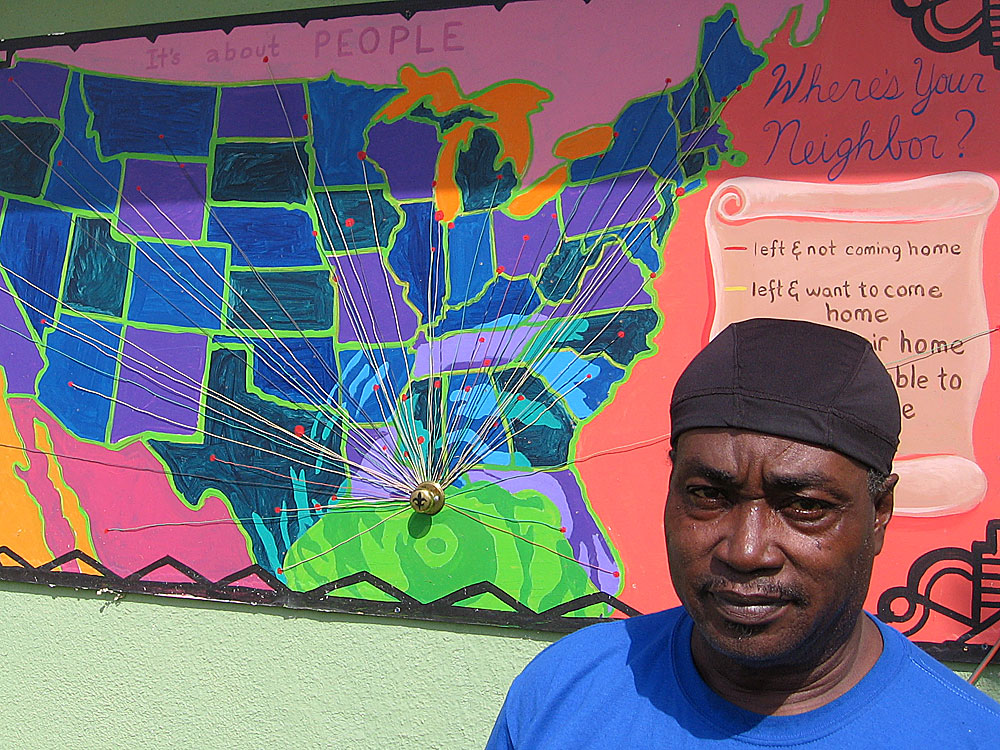 But there are a few signs of hope. Along the river, in the Holy Cross neighborhood, many residents are back.

"Seventy-five percent of this community is still displaced," he says. "The media and everything is saying that they don't want to come home. I know that not to be the truth."

On open-mic night at the Lower 9th Ward village, a sort of informal poetry slam, more than a dozen residents share their poetry, including teenager George Hill.

"Across the canal, before St. Bernard, right here in the Lower 9th Ward, we're born prominent, prestigious men and women, professionals, entrepreneurs and parents," he reads.

Here and elsewhere in New Orleans, in the aftermath of the storm, there's a strong sense of community. People know their neighbors and are actively involved in making things better.

Down the street from the Lower 9th Ward village, many residents have returned. This area is on higher ground. Milton Carr came back early. He recalls passing National Guard checkpoints and sleeping in his truck at first. A big reason others haven't returned, he says, is a lack of basic amenities most neighborhoods take for granted.

"And we don't have some of the facilities we need like grocery stores, and a bank and stuff like that," Carr says. "So that consequently made some of that people that lived here in the Lower 9th Ward move to St. Bernard Parish."

On 'The Picture Show'

There used to be several schools in the Lower 9th Ward -- now there's just one. The recreation and senior citizens' centers, even the fire station are gone. But that may soon change.

New Orleans' new Mayor Mitch Landrieu has been in office now for a little more than 100 days. But he's already brought a new optimism to many who felt the city's recovery proceeded too slowly under Mayor Ray Nagin.

Landrieu is at the same time upbeat and realistic.

"There is no other place that has had their lives and their culture challenged the way the city of New Orleans has," he says. "And there's been no other group of people that have responded in as magnificent way as the people of the city did."

At a recent news conference, Landrieu unveiled 100 new infrastructure projects that will be built within the next year. The list includes a playground, a recreation center and a fire station for the Lower 9th Ward. There are similar projects planned for other still-struggling neighborhoods like Gentilly and New Orleans East.

Landrieu says these projects will serve as anchors that will hasten the neighborhood comebacks.

"You're going to start seeing a lot of other activity from private sector folks who are saying, 'OK, well I feel really certain now that that particular area of the city is coming back,' " he says. "You'll see that all over the place as well."

Positive Numbers, Except For Housing

Across the city, in every neighborhood, construction continues. In New Orleans' Lakeview section, a backhoe is demolishing a house, clearing the way for new construction. Allison Plyer, of the Greater New Orleans Community Data Center, says five years later, residents are still returning.

"We see it in the numbers and I hear it every day," she says.

Plyer says the rate at which residents have been returning has stayed remarkably consistent since 2008, and shows no signs of abating.

And there are some positive economic developments. Wage levels are up, in part because of the growth of what Plyer calls "knowledge industries" -- jobs in teaching, legal services, insurance and the like.

One problem, Plyer says, is the critical shortage of affordable housing. "Our average rents have gone up by some 40 percent," she says. "And incomes have not gone up that high. They've only gone up about 21 percent. So, it's much harder for people in the lower tiers of income ranges to be able to afford housing here."

All the rebuilding and the influx of government money have been good for the region's economy. Unemployment in New Orleans runs a couple of points below the national average. And, since Katrina, the No. 1 industry -- tourism -- has largely rebounded.

At the Red Fish Grill on New Orleans' Bourbon Street, it's happy hour. Behind the bar, Roddy Montgomery shucks oysters and serves them up with a practiced touch.

Owner Ralph Brennan says this restaurant, and the industry as a whole, is doing about three-quarters of the business it did before Katrina.

By almost losing it totally, and for some, it was lost — many are not back — it sort of reinvigorated the sense that we need to appreciate and celebrate what we have.

"It's been a steady recovery since Katrina with the hiccups of the recession ... we're coming out of that, and now the oil spill. We're not sure how long we're going to feel the oil spill. Maybe, as it moves off Page 1 and it's not as important, visitors will reconsider New Orleans as a destination," he says.

Even with fewer visitors, there are many more restaurants and more innovative cooking in New Orleans now than before Katrina. Culinary tourism is one of the city's appeals.

The other, of course, is music.

New Orleans' premier musical event, the Jazz and Heritage Festival, went on as scheduled after Katrina and has been steadily rebuilding attendance since then, drawing on nationally known local talent like the Neville Brothers.

Festival director Don Marshall says New Orleans' music scene is now more vibrant than ever. There are more clubs; there's a demand for New Orleans music around the world and a new commitment to carrying on the city's rich musical traditions.

"By almost losing it totally, and for some, it was lost -- many are not back -- it sort of reinvigorated the sense that we need to appreciate and celebrate what we have," he says.

That's true in the clubs, and also in the streets. When New Orleans neighborhoods emptied during Katrina, no part of the city's cultural life hung more in the balance than its tradition of parades and second lines.

In the year after the storm, Bruce "Sunpie" Barnes says his parade and second line club -- the Black Men of Labor -- was busy. "We did a ton of funerals right after the storm. The year following up, probably 14 or 15 funerals," he says. "But that's the whole concept and idea. This city's always known about hard times."

Some social clubs disbanded, but Barnes says there are still more than 40 across the city -- holding parades most Sundays somewhere in the city.

Barnes says there are lots of young brass bands in New Orleans, but most play a more modern style.

Throughout New Orleans, in the neighborhoods, the music, food, politics, even the economy, that's what you hear -- that the city's rebound is still just getting started.