Accessibility links
Movie Reviews - 'The American' - An Abstract, Angst-Filled Art Thriller Anton Corbijn's paranoid thriller stars George Clooney as an anonymous international assassin constantly on the run. Critic David Edelstein says the spare movie "cast a spell" over the audience -- as they entered the mind of a man with no past or future. 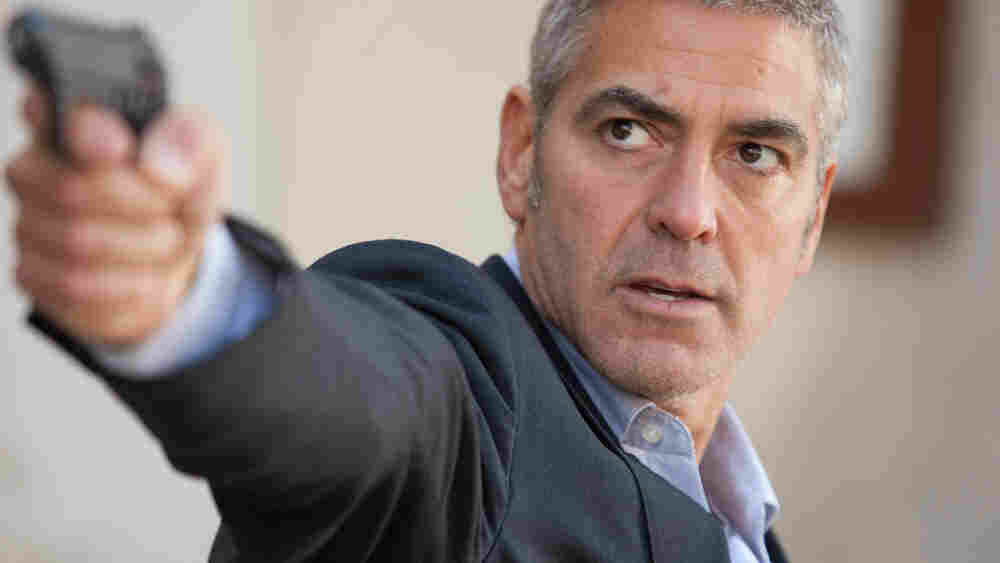 In The American, George Clooney is an amoral hero who moves from country to country, sheds past lives, kills for money and crafts weapons. David Edelstein says Clooney is the "last guy I'd cast as an anonymous assassin." Giles Keyte/Focus Features hide caption

'I Was Looking For You'

The paranoid thriller The American is spare, solemn, uninflected. It's like Camus' The Stranger and all of the pulp novels in the '50s and '60s, French and American, that cribbed its existential outlook. The movie has an amoral hero with no ties who moves from country to country, sheds past lives, and either kills for money or crafts weapons for other assassins. The film is so studiously desolate that I think if at the screening I attended someone had giggled in the wrong place, it would have opened the floodgates, it would have been like Mystery Science Theater, with the audience heckling George Clooney and his God's Loneliest Man act. But the silence held, and the movie cast a spell. We entered the mind of a man with no past or future -- only a present made tenuous by a bullet that could come at any time.

One reason for the movie's power is a shocking opening sequence, an assassination attempt on a frozen lake in Sweden. I won't spell out what happens but it lingers in the mind for the next hour and a half. Then Jack flees to Italy, where he contacts a man named Pavel, who seems to be his employer. I say "seems" because the movie does little, by design, to orient you. Johan Leysen's Pavel has a ravaged face and a chill demeanor. He seems curious only about the woman with Jack on that Swedish lake.

"Who are the Swedes?" asks Clooney.

"I'm working on that. It's going to take some time. Did she set you up?"

"She had nothing to do with it."

The American is full of passages with pauses, hidden agendas, minutiae. There are long scenes in which Jack does nothing but construct a weapon to a female client's specification for purposes unknown: a machine gun with the range of a rifle and a device to disguise the shooter's location. For a while, the only interludes of talk are Jack's exchanges with the old priest of an Abruzzo hill town. The Father, played by Paolo Bonacelli, utters thesis lines like, "You're American. You think you can escape history. You live for the present," and, "You cannot doubt the existence of hell. You live in it. It's a place without love." 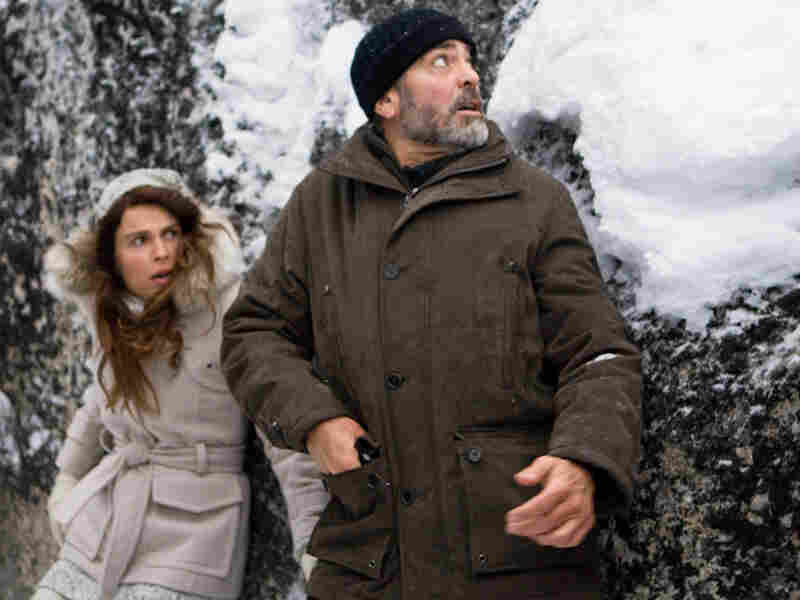 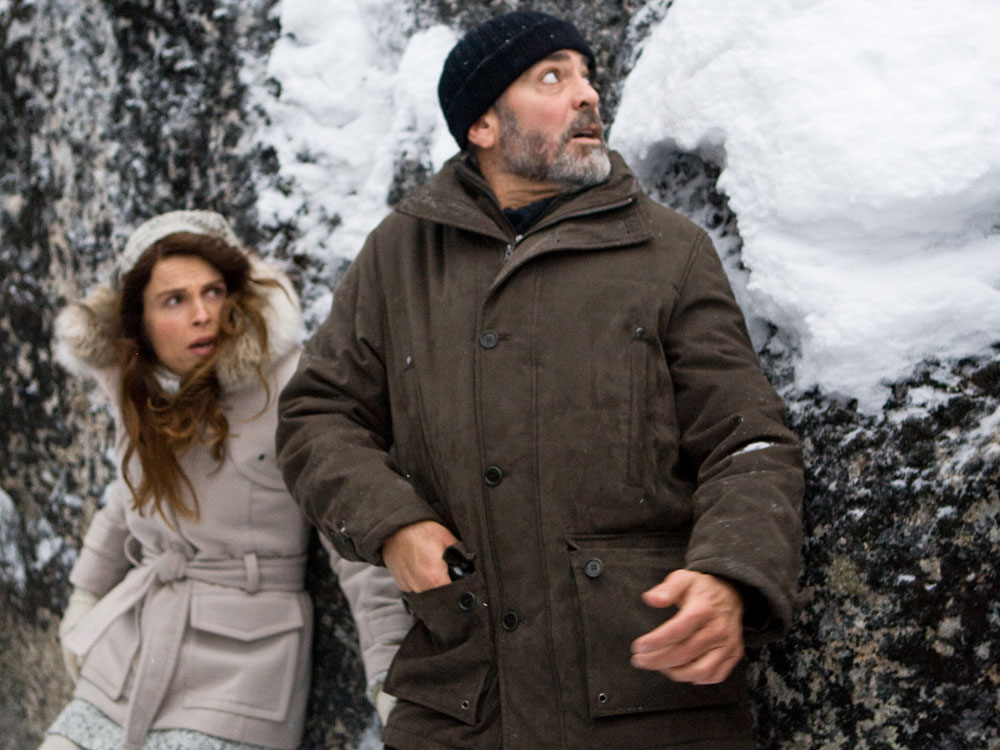 George Clooney plays an international assassin constantly on the move in The American. Irina Bjorklund plays a love interest early in the film.

That was where Clooney lived in his last movie, too, Up in the Air, and I get a sense he's trying to deepen his persona. That might be a doomed enterprise. Clooney is naturally gregarious, a disarmingly handsome smoothie with a toasty, caressing voice. He pulled off the brooding thing in Michael Clayton, but he doesn't here. Yes, he's magnetic, and he has lost a lot of weight for the film, trimming himself down to muscle and sinew. But when he stares blankly offscreen, he's just blank. He's rather different from the loquacious -- and British -- hero of the novel on which The American is based, Martin Booth's A Very Private Gentleman, who aims to be "as indistinguishable from the next man as a pebble on the beach." Clooney's the last guy I'd cast as an anonymous assassin.

The Netherlands-born director, Anton Corbijn, helps by making the landscape do the talking. There are a lot of paranoia-inducing overhead shots. Empty spaces alternate with twisty ancient stone stairs and shadowed passageways. As in Up in the Air, Jack does make a new "friend," Clara, a prostitute played by the oxymoronically named Violante Placido. I wondered why she was so familiar, with her soft, open face and voluptuous body. It turns out she's the daughter of Simonetta Stefanelli, unforgettable as Michael Corleone's Sicilian bride in The Godfather, the one whose murder ended whatever hope he had of retaining his humanity.

On every substantive level, The American is ridiculous. The book has a conventional whodunit solution, but the film, like Antonioni's The Passenger, leaves you with a giant, "Why?" But I enjoyed it anyway. It takes you back to an era of European angst-ridden art thrillers in which the plotting was almost abstract. The American is, well, the least American action movie in years.