Accessibility links
Post-Katrina, Music Still Thrives In New Orleans Five years after Hurricane Katrina, DJ David Kunian says music in the city is back on track. He highlights his favorite music to come out of New Orleans in 2010, including Mardi Gras Indian group 101 Runners and funk band Galactic. 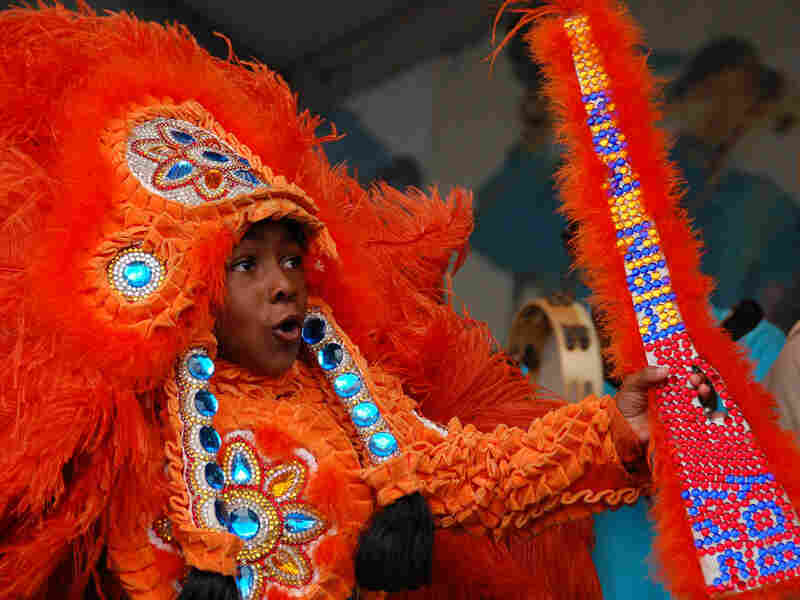 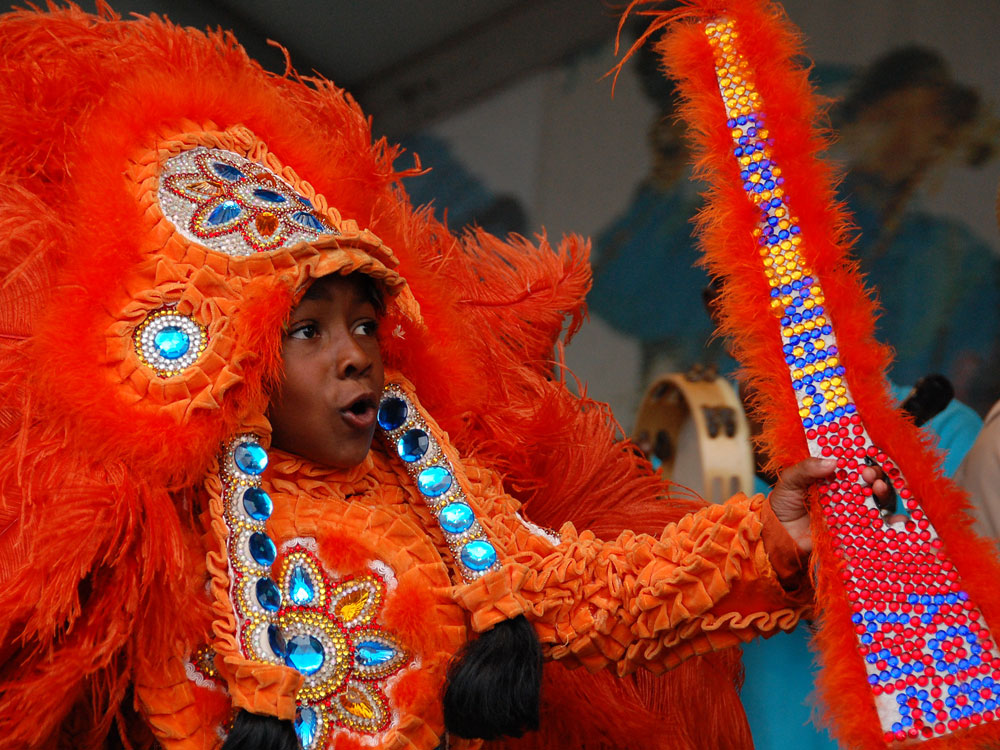 A costume typical of the Mardi Gras Indians.

Hurricane Katrina dealt musicians in New Orleans a temporary blow, but DJ David Kunian -- host of The Kitchen Sink at New Orleans community radio station WWOZ -- says not only is the music back on track, but that 2010 has been a banner year.

"It took off and has been some of the greatest funk ever recorded," Kunian tells NPR's Audie Cornish.

"It's bounce music," he says, "but it's called 'sissy' bounce music because it is performed by transvestites. It's basically rapping over something called the Triggerman beat ... The beat is such that people dance in a provocative way."

Like much in New Orleans, music is slowly recovering from the devastation of Hurricane Katrina. Although music has always been a vital part of the city's culture, Kunian says many residents only started to realize how important it is until after Katrina.

"When you almost lose it, you kind of realize what you've been taking for granted," he says.