Accessibility links
Are You Plunking Down Real Money For Virtual Fun? If you're hanging out on Facebook, chances are good you're probably playing a game. A new poll says 20 percent of Americans -- 56.8 million people -- have played a game on a social network site in the last three months. When you shell out $30 to get a virtual dog out of a pound that doesn't really exist, who's the real winner? 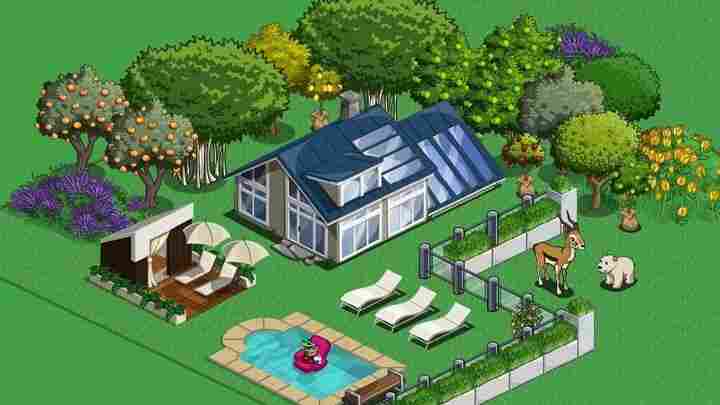 How much would you pay to live here? Farmville Facebook Photo hide caption

If you're hanging out on Facebook, chances are good that you're probably playing a game. A new poll says 20 percent of Americans -- 56.8 million people -- have played a game on a social network site in the last three months.

The games themselves are expected to generate $1.6 billion in revenue this year -- up 55 percent from last year. That's a new level of mainstream popularity for a social experience that was once largely defined by an insular community of teenage boys.

Technology writer Clive Thompon tells NPR's Audie Cornish that Facebook's massive, avid user base is the reason the games are ballooning in popularity among people of varying ages.

"This gives people something to do while they're on Facebook that's also social," he says.

Games like Farmville "self-fertilize" (pardon the pun); players must gather other players to play with in order to advance in the game.

By making it viral, the game has self-promotion built in, Thompson says. "It's very well designed."

The game play itself can be particularly addictive.

A Real Value To People

Leigh Fransen's 80-something-year-old grandmother-in-law recently came to her family in distress. Her dog was stuck in the pound. "She was distraught," Fransen said. 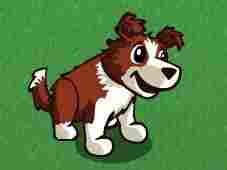 He doesn't eat much, but could cost you a lot. Farmville Facebook Photo hide caption

But it wasn't the family's Boston terrier. It was her virtual dog in Farmville. "You have to go to the store, and you've got to buy farm dollars for me!" she told the family.

After a 60-mile-drive to Target to buy a $30 "farm card," the dog was freed without incident.

Terry Garrido, who lives outside Seattle, says he and his 7-year-old daughter bond over the game.

"She's learned a tremendous amount," Garrido says. "There's a commerce aspect. You have to time the plant growth. We don't spend very much time on it, but every couple of days, she'll say, 'Let's check the farm and see what's going on!'"

Don Wright of Ostrander, Ohio, estimates he's spent about $100 on the game since he started playing a few years ago. He realizes some people balk at the idea of money spent on such an abstract product.

"I don't smoke," he says. "But if it's something that brings people pleasure and they spend their money on it, who am I to judge?"

And that raises the question of how social gaming's $1.6-billion shadow economy will evolve as Facebook -- which just eclipsed 500 million users this summer -- continues to grow. Google is also continuing its push to develop a Facebook competitor that has an emphasis on gaming.

"Think about it from the IRS's point of view," Thompson says.

"If someone is inside a game, and they build up tens of thousands of gold pieces, and those gold pieces can be sold for a couple thousand dollars, haven't they just done something?" he says. "A wage-earning activity that can be taxed?"

The IRS hasn't come down on either side of that question -- yet.

"But one can imagine a period in the future when tax authorities start going, 'We want a piece of this.'" Thompson says. "This is an active discussion amongst economists who follow virtual economies."