Accessibility links
Migrants Are Prey In Mexico's Deadly Violence The 72 migrants found gunned down in Mexico this week were from Central and South America. The massacre has terrified migrants, who know it's not uncommon to be seized and held for ransom while transiting Mexico. 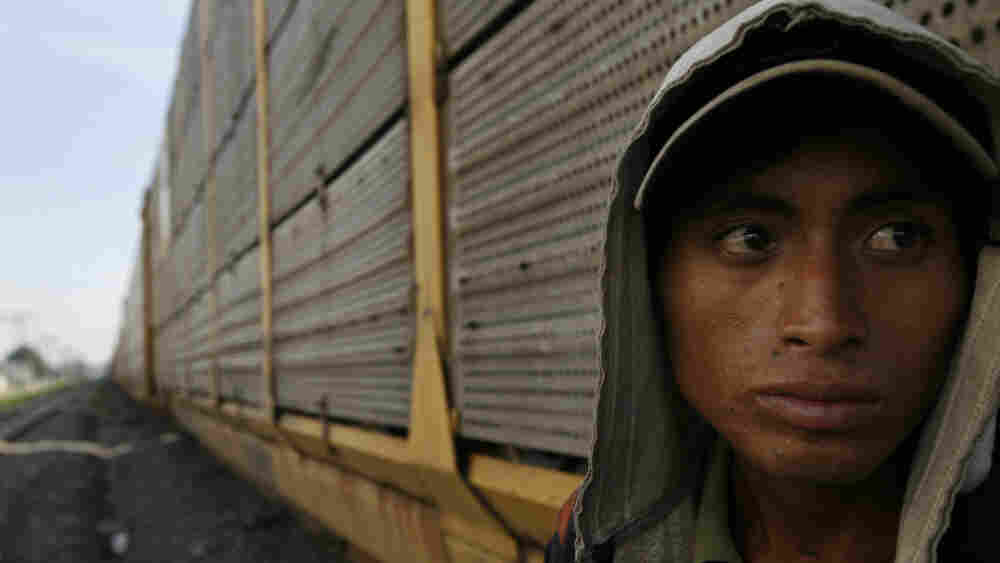 A migrant from Honduras waits for a train during his journey toward the U.S.-Mexico border on the outskirts of Mexico City. Marco Ugarte/AP hide caption

This week, Mexico experienced the worst mass killing in what was already an incredibly bloody battle against organized crime. Seventy-two migrants were gunned down by what authorities say were drug cartel hitmen.

The migrants, from Central and South America, were trying to get through Mexico in hopes of crossing illegally into the U.S.

The massacre has terrified migrants still in Mexico, who know it's not uncommon to be seized while transiting Mexico and held for ransom.

Mexico's Human Rights Commission said in a report released last year that 20,000 migrants are kidnapped annually trying to cross the country. Another 60,000 are detained by the Mexican immigration authorities and deported. Hundreds of thousands more make it to the United States and then try to get past the U.S. border patrol.

William, a 19-year-old from Honduras who doesn't want to give his last name or have his photo taken, was just recently released by one of Mexico's kidnapping gangs. William spent 15 days with his hands cuffed and his feet bound together. He was being held, he says, with a dozen other migrants in a house in Matamoros.

"All you could do is talk on the phone," he says. "They'd hold it up to you." They'd hold the phone so he could beg his family to pay his ransom.

William says his heavily armed captors went from one migrant to another, forcing them to give a phone number of a family member, preferably in the United States. If the relative who answered the phone didn't take them seriously, the kidnappers would beat the victim so the screaming could be heard on the other end of the phone.

They told William they'd kill him if his family didn't pay.

Eventually, several of his family members in the United States wired the captors $3,500. 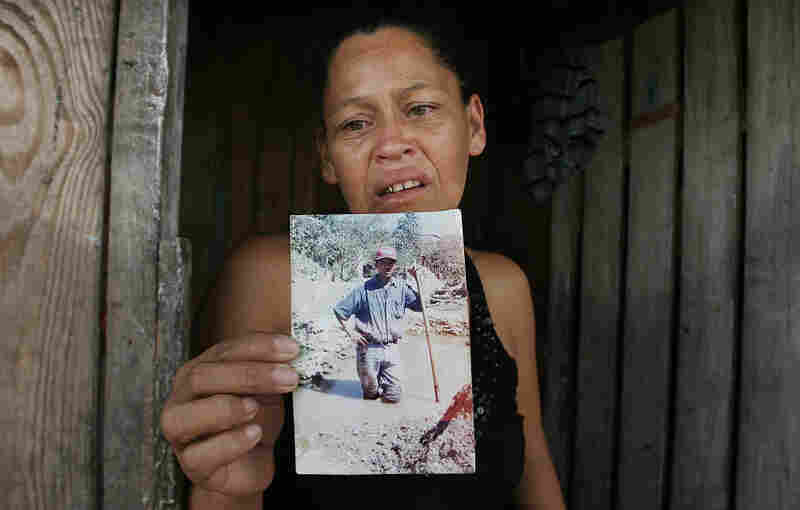 Marleni Xiomara Suarez Ortega weeps as she holds up a photo of her husband, Miguel Angel Carcamo, at her home in Tegucigalpa, Honduras. Her husband was allegedly among the 72 migrants found dead in northern Mexico this week. Fernando Antonio/AP hide caption

Some Aren't So Lucky

William's fear for his life appears completely justified after the bodies of the 72 other migrants were found this week at a ranch about an hour and a half south of Matamoros. The one survivor of that massacre says they were being held for ransom by the Zetas, one of Mexico's most powerful and most brutal drug cartels.

Father Francisco Gallardo Lopez, who runs a shelter for migrants in Matamoros, calls this week's massacre repugnant. The kidnappers "are monsters," he says, and the mistreatment of migrants in Mexico is out of control.

Gallardo says most of these migrants head north in an attempt to improve their economic lives, but the journey can make poor families even poorer.

"If [the] migrant has a small house or a plot of land in his home country," he says, "when they're kidnapped, the family sells everything for the ransom, and they are left with nothing."

Paulino Ramos, 54, traveled alone from Honduras to the U.S. border. He's done the journey several times and says it's safer traveling alone. He says he can blend in with the Mexicans. He's less of a target for corrupt officials and kidnappers.

But he says it's terrifying being an undocumented migrant in Mexico right now. "All of us Central Americans are afraid. If I go out in the street, they could grab me or kill me. We all have this fear."

Ramos says this is his last trip across Mexico. If he makes it to the U.S., he says, he'll stay. If he gets caught and deported back to Honduras, he vows he's never going to come through Mexico again.