Accessibility links
National Review: No One Fix For Social Security Andrew G. Biggs of National Review argues, when it comes to Social Security, it's too politically risky to revive the Bush-era idea of personal accounts. A solution will come from a mix of government intervention and personal initiative.

National Review: No One Fix For Social Security

National Review: No One Fix For Social Security 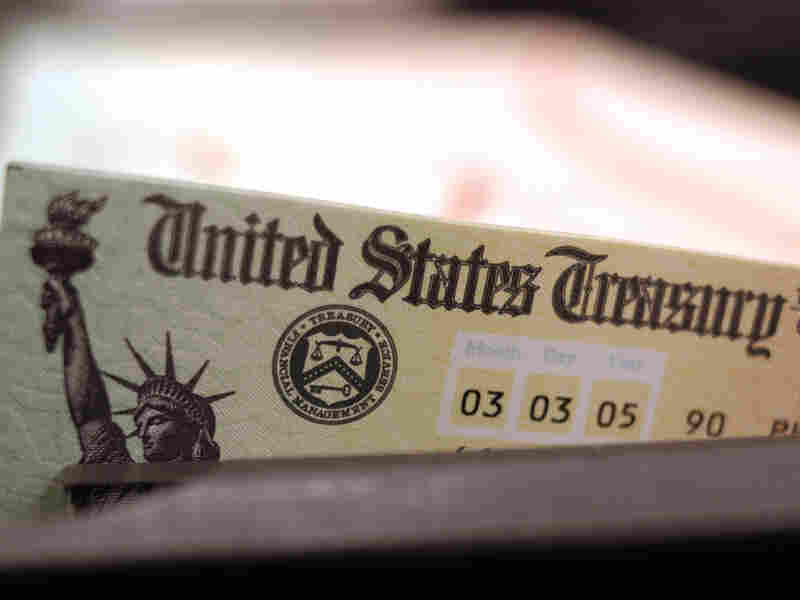 Andrew G. Biggs is a resident scholar at the American Enterprise Institute. Previously he was the principal deputy commissioner of the Social Security Administration and, in 2005, he worked at the White House National Economic Council on Social Security reform.

I don’t usually spend much time disagreeing with people I mostly agree with, but a column in National Review by the Cato Institute’s Michael Tanner -- my old boss and an all-around great guy -- presents a chance to talk about why Social Security reform has proved to be such a difficult task for those who believe in free markets and individual choice.

Here’s where I agree with Mike: "Given their large lead in current polls, it is perhaps understandable that Republicans don’t want to risk offending voters, particularly seniors, by wading back into the Social Security thicket. But they are making a mistake." He’s right: If you run on nothing, you’ll receive a mandate to do just that. Voters need to hear a realistic discussion of how to fix Social Security and other entitlement programs.

Here’s the problem: Personal accounts are a valid choice, and one I’ve supported in the past and continue to support. But accounts aren’t exclusive to tax increases or benefit cuts; they don’t, as I’ll explain, reduce the need for these other choices. One problem for the Bush administration’s reform drive in 2005 was that many congressional Republicans had bought into the idea that accounts reduce or eliminate the need for tax increases or benefit cuts. Finding out they don’t may have taken some wind out of their sails. Because of this, combined with some pretty shameless demagoguery from the left, Bush’s reform ideas didn’t even come up for a vote.

President Bush’s 2001 Commission to Strengthen Social Security (on which I was a staffer) wrote that once the program began to run payroll-tax deficits -- something that happened this year -- policymakers would face difficult choices to raise taxes, cut benefits, reduce other programs, or increase the budget deficit. All these claims are true.

Also true, however, is a statement the supercilious younger me made to one of my fellow staffers: With personal accounts, we face the same choices, only sooner. If workers invest part of their Social Security taxes in personal accounts, they could indeed earn higher returns and generate higher benefits without taking more risk. But diverting taxes to accounts leaves the program short of what is needed to pay benefits to today’s retirees. To cover these "transition costs," we would need to generate new revenues for the program, either by raising taxes, cutting other programs, or borrowing.

But once transition costs are accounted for, the total rate of return on a personal-accounts-based program would be about the same as the current system. (If you’re willing to wade through some math, this paper by Olivia Mitchell, Stephen Zeldes, and John Geanakoplos is pretty much the canonical treatment.) Social Security’s overall rate of return stinks because (a) we paid early generations far more in benefits than they paid in taxes, meaning that later generations must make up the difference; and (b) we didn’t save the trust fund, meaning taxpayers must "repay" something that was supposed to have been an asset. These acts can’t be undone: We’re stuck with them.

Also unchanged would be the program’s financing shortfall, even assuming that account holders gave up a share of their traditional benefits. A pay-as-you-go program like Social Security is always in the hole, such that each generation honors the benefits of the preceding one while hoping their own claims will be honored by the following generation. No generation can break away from this cycle without either ponying up extra cash (tax increases) or defaulting on its promises (benefit cuts). Neither solution is costless.

Now, we could come out ahead if transition costs were funded by cutting other government spending, which at the margin certainly produces benefits below its costs. But we could reap those gains by cutting government spending in the absence of Social Security reform; in any case, few reform proposals have presented a credible way to ensure that non–Social Security outlays are reduced. The most likely path is simply increased debt.

The only way personal accounts could fix Social Security on their own is if accountholders gave up traditional benefits far in excess of the taxes they put into accounts. For instance, individuals might put half their taxes into an account but give up all their traditional benefits. This would fix Social Security, but it’s not clear that most (or even many) workers would take the deal. You might come out ahead if you got solid investment returns, but you could also fall far short. This is just asking accounts to do more than they reasonably can.

That’s why most personal-account plans have worked in two stages: First, do whatever is needed to fix the current system -- cut benefits, raise the retirement age, whatever. Then, offer the option of accounts on relatively favorable terms. This approach is fine, but it’s not the easiest to defend politically. Why? First, you have to admit that the accounts themselves won’t fix the program. Second, you’ll be attacked for the extra costs -- usually borrowed -- that would be incurred during the transition period. Third, you’ll be criticized for putting Social Security benefits at the whims of the stock market. You can respond to these attacks credibly, but you will be spending a lot of time on the defensive. As much as I support accounts philosophically, I’m not sure the political cost-benefit analysis weighs out in their favor, given all the other difficult choices we face on entitlements and the budget.

So in the end, the choices basically do come down to lower benefits or higher taxes. No one thinks we should cut benefits for true low earners, who need the safety net that Social Security provides. But there’s no reason middle and high earners should derive so much of their retirement income from the government. The real divide over Social Security policy is that the Left wishes to charge higher taxes on higher earners in order to pay higher benefits to higher earners. The Right should respond that these Americans can, should, and will respond to lower benefits by saving more on their own.

An approach that would give many of the benefits of personal accounts with fewer downsides is to fix Social Security’s finances on the benefit side, by increasing the retirement age, reducing benefits for middle and higher earners, and potentially reducing COLA payments to account for the CPI’s overstatement of inflation. Then, to make up the difference in benefits, institute universal 401(k) or IRA accounts. Taxes wouldn’t increase, total retirement income would approach the levels promised under current law, and individual retirement wealth would be increased. Under the circumstances, I’d call that a win.

The short story is that the government should focus on those things only government can do, such as the transfers to lifetime low earners that Social Security provides. Individuals and markets should do what they do best, which includes ordinary retirement saving for middle and high earners. That’s a decent recipe for social policy to begin with, and even more so given the multi-trillion-dollar budget shortfalls we face.