Accessibility links
Patsy Cline: A Country Career Cut Short One of American popular music's great enigmas, says critic Ed Ward, is what would have happened to Patsy Cline's career if it had lasted longer. She was poised to revolutionize the role of the solo female singer, as well as Nashville's place in the music business, when she was killed in a plane crash. Decca has just released her complete recordings on an album called Sweet Dreams. 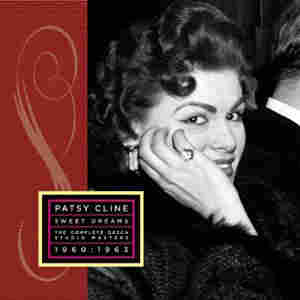 The album Sweet Dreams: Her Complete Decca Masters contains all of Cline's recordings on the label. Hip-O-Select hide caption 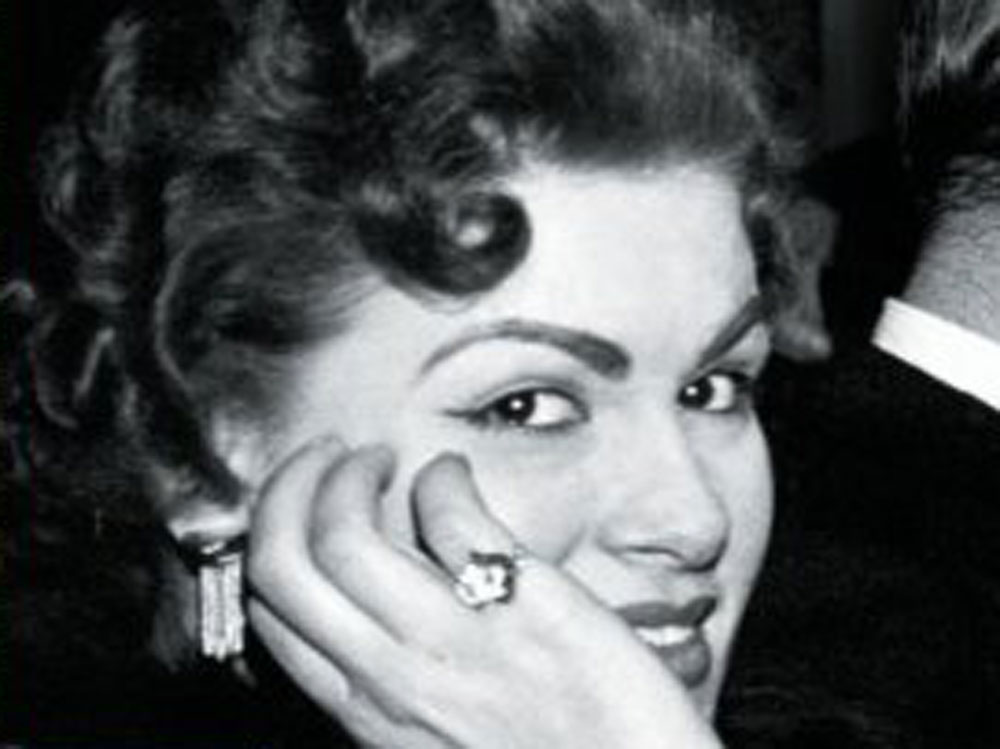 The album Sweet Dreams: Her Complete Decca Masters contains all of Cline's recordings on the label.

Patsy Cline's career really only lasted three years -- and the complete recorded output from that career lasts two hours and ten minutes -- but her importance is out of proportion to those numbers. She was born Virginia Patterson Hensley in 1932 to parents living in the hills of West Virginia, and was performing as a teenager under the name Ginnie Hensley. In 1953, she married Gerald Cline, a construction worker. A year later, she signed a contract with Four Star Records, which was mostly a vehicle for recording songs from its owner's publishing house. 4 Star put out 18 songs of the 51 she cut for them, and only one charted.

The recording of "Walking After Midnight" is actually a remake of the original, which, like all her other 4 Star records, was hard-core country. These recordings were made at Owen Bradley's famous Nashville studio, Bradley's Barn, where Decca's country recordings were made. The minute her 4 Star contract expired in 1960, she signed with Decca, and Bradley saw a chance to record a great pop talent. For her first record, "I Fall To Pieces," he found a song by Hank Cochran and Harlan Howard, two of the best writers in town.

The instrumentation on "I Fall To Pieces" (which included steel guitar by Ben Keith, who later worked with Neil Young) was country, but her phrasing definitely wasn't. The song shot to No. 1 on the country charts early in 1961 and got to No. 12 on the pop charts. Bradley's intuition was correct, so he started looking for jazzier numbers from his songwriting acquaintances. A young Texan friend of Cochran's came up with one -- called "Crazy" -- which did even better.

Until "Crazy" hit No. 1 on the country charts and No. 9 on the pop charts, Willie Nelson was considered a bit too eccentric for Nashville's tastes, but the song established him and his career took off. Cline, though, was faced with a problem. She'd joined the Grand Ole Opry, and seems to have been a bit freaked out by her pop success. She'd originally resisted recording "Crazy," and yet her renditions of Hank Williams and Bob Wills songs sound odd because her singing style is so poppy. She found herself performing at Carnegie Hall and co-headlining the Hollywood Bowl with Johnny Cash. In 1962, she became the first female country performer to headline in Las Vegas.

By the time "So Wrong," co-written by Carl Perkins, hit the charts in the summer of 1962, she'd earned enough money to buy a nice house for herself, her husband, Charlie Dick, and her two kids. Her manager, Randy Hughes, bought a small plane so she could get around quicker and spend more time at home. Clearly a change was coming.

In March, 1963, even though Cline had the flu, they flew to Kansas City to do a benefit with a half-dozen other country stars for the family of DJ Cactus Jack Call, who'd just died in an automobile accident. After the show, she and two of the other performers, Cowboy Copas and Hawkshaw Hawkins, got in the plane -- even though Dottie West offered to drive her home.

"Don't worry about me, Hoss," she told West. "When it's my time to go, it's my time." The plane was delayed a day by bad weather, then only made it as far as Dyersburg, Tennessee. Late the next day they took off, ran into bad weather, and minutes later crashed into a hill. No one on board survived.

Patsy Cline's last sessions show a woman coming to terms with pop music, as well as a voice that was learning to navigate some tricky directions. She never had the chance to make the leap all the way, and left behind 41 songs that still hold up.