Accessibility links
First Listen: The Bad Plus, 'Never Stop' It may be one of the leading names in jazz, but The Bad Plus probably wouldn't mind if you called it a weirdo instrumental rock band. Hear the decade-old trio's latest album, the all-original Never Stop, in its entirety until its release on Sept. 14. 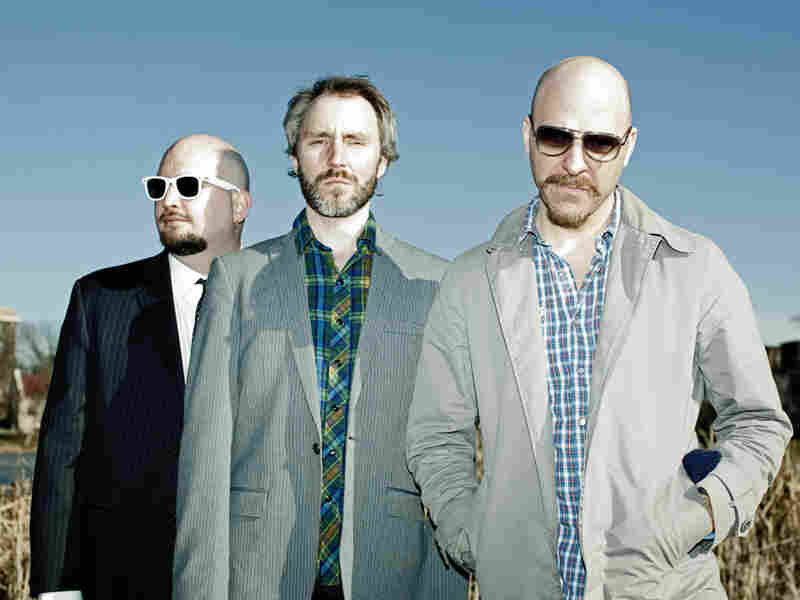 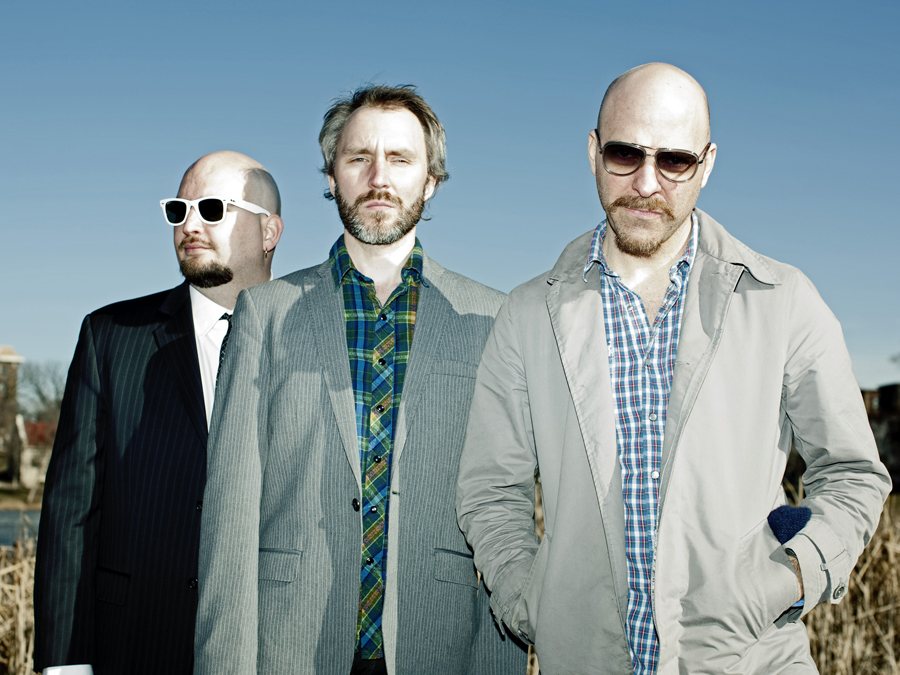 There was a time when the top jazz bands played a lot -- say, 250-300 nights a year. At the very least, jazz acts might have enjoyed frequent extended residencies, as in month-long (or longer) stays at a nightclub at any one time, playing multiple sets per night, six nights a week. Those groups got really good really quickly.

This is unheard-of today: Performance opportunities for improvising musicians don't exist in nearly the same volume. Plenty of ensembles play together frequently enough to grow to be astoundingly cohesive, of course. But can you imagine what it must be like to be a part of such an old-school unit? Not a "band" that's another of many projects, but a band whose full-time job is to make music together all the time? One that has proudly won that extra, minuscule-yet-perceptible smidgen of group telepathy by sheer force of repeated proximity?

The Bad Plus is probably the closest thing to that phenomenon in jazz today. By its own informal count, the leaderless trio averages around 160 dates a year, and has maintained that schedule for the better part of a decade. (The Bad Plus has now been together for 10 years in total.) In that time, it has steadily cultivated an identifiable group language, and that's remarkably apparent on Never Stop, its first collection of all-original compositions. Here is a group that first won recognition through covers of Nirvana, Aphex Twin and Blondie; this new record underscores how thoroughly it inhabits any song it performs with its sonic signatures.

That Bad Plus "sound" offers little in the way of jazz as popularly imagined. The band's compositions, which come from all three members, have a sophisticated architecture; they also have an impish, understated glee that can be mistaken for irony ("Beryl Loves to Dance," "My Friend Metatron"). There are big, throbbing beats ("Never Stop"), free-improv spasms ("2 p.m."), non-bluesy but harmonically intriguing chord voicings (like, everything). It's an improvising piano-bass-drums group -- a celebrated jazz layout, with musicians fluent in the standard tongues of jazz -- which probably wouldn't mind if you called it a weirdo instrumental rock band.

Its three members would probably insist, however, that you at least called them a band. Whatever it plays, The Bad Plus takes pride in inside-out owning its material in the way that only working bands do. Ten years on, Never Stop finds the trio in no danger of violating its new titular commandment.

Never Stop will stream here in its entirety until its release on Sept. 14. Please leave your thoughts on the album in the comments section below.