Accessibility links
Specters And Ghosts In 'Haunted Wisconsin' For some, travel is a relaxing break, but not for writer Benjamin Percy. For our books series "My Guilty Pleasure," where authors talk about a book they are embarrassed to love, Percy discusses how he spends his vacations — armed with a travel guide, seeking out the spooky, the scary and the supernatural. 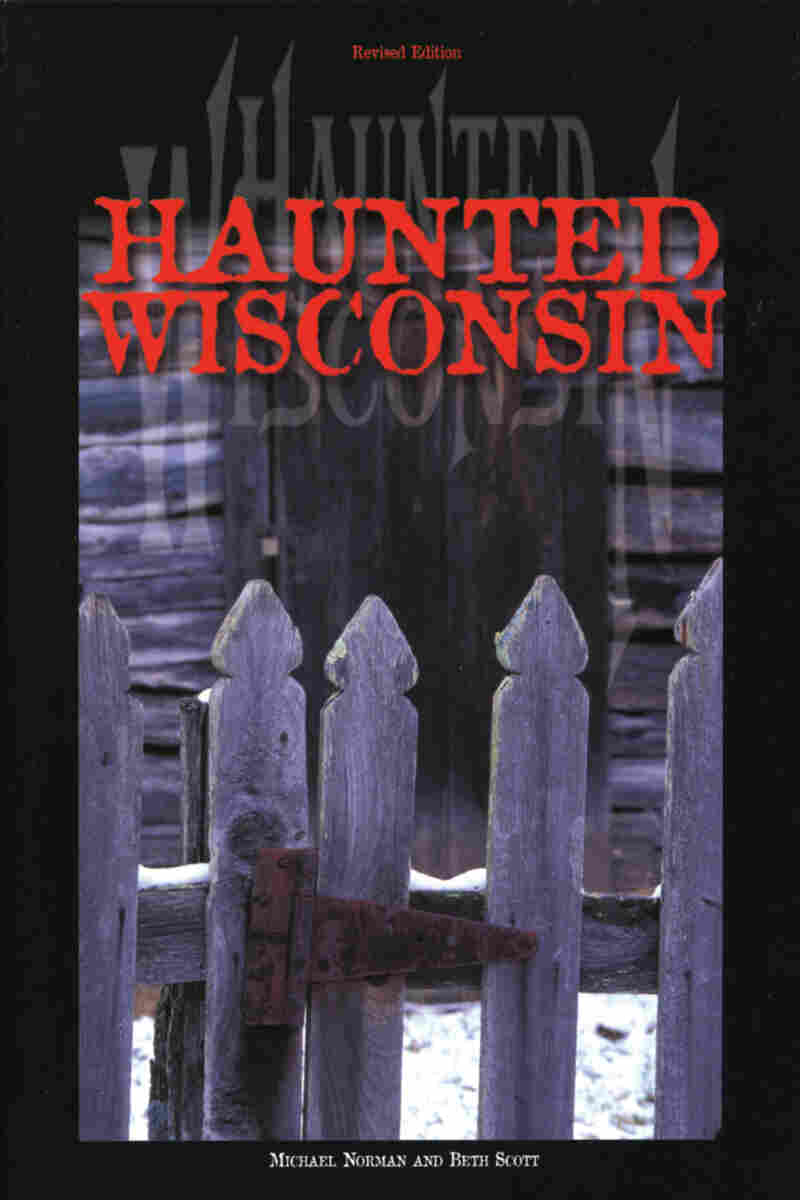 In the far corner of my office, on the bottom shelf of a bookcase, hides a rather embarrassing collection of paperbacks. Their covers bear images of a ghost in an alleyway, a sonar reading of the Loch Ness monster, a grainy photograph of Sasquatch. Their titles -- Ghostly Tales and Sinister Stories of Old Edinburgh. Bigfoot! The True Story of Apes in America -- appear slashed by claws.

My favorite among them is Haunted Wisconsin by Michael Norman and Beth Scott, less for its literary excellence and more for the places described in its dog-eared pages. I have visited nearly every location listed in the book: a collection of stories I have transformed into a cobwebbed travel guide.

Its tales are drawn from archives, newspaper articles and personal interviews. They range from historical tales of terror to modern-day hauntings. There are bothersome poltergeists, Ojibwe ghosts, a lady in brown, a horse of death, a psychic set of sisters.

There is a strange touristic impulse to the way I consult these books -- I read them the way others might highlight a Fodor's or Lonely Planet guide. I'll be hiking the same crowded trail as the rest of the backpackers -- and I'll be snapping photos of the waterfall along with the crush of tourists -- but I'll also be alone in the abandoned cabin or collapsed mine shaft, my eyes wide, my ears pricked. I go places others do not, and it is as though I own a map that no one knows about, its roads and legends written in invisible ink. 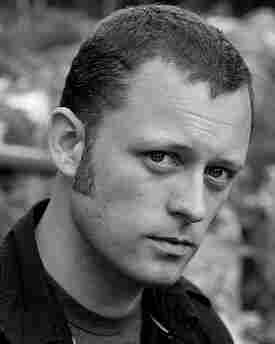 Benjamin Percy is the author of the novel The Wilding. Jennifer May hide caption 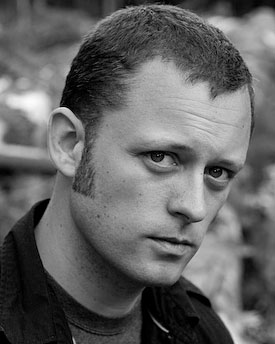 Benjamin Percy is the author of the novel The Wilding.

I keep the books in my backpack or the glove box of my car, like a flask, something I can sneak out and draw from when no one is looking. "Hold up," I'll tell my wife. "I want to take a little detour." Which once translated to a six-hour trek to the Upper Peninsula of Michigan, where I sought out the "Mystery Light" of Paulding. As the sun set and the owls called all around us and the world grew inky around the edges, we stood in the woods, waiting. Sadly, the Mystery Light turned out to be nothing more mysterious than headlights glowing through the trees from a far-off highway. This was a familiar disappointment. I can't tell you how many times I have stood in dark places waiting for something to happen.

I'm still waiting. And after reading so many of these collections over so many years, I cannot help but wonder, when I'm exploring the underground tunnels of Edinburgh or a haunted attic in a Vermont B&B, when a board creaks or a shadow shifts or an owl screeches, if I might find my way into a future chapter.

Ezra Zeitler first heard about the North Woods legend of the Paulding Light when he was a student at Lakeland Union High School, Minocqua, in the late 1990s. “On Monday Mornings students would come back and say they had seen the Paulding Light over the weekend and it was real scary and mysterious,” Zeitler said.

Despite the captivating stories, he didn’t make the 120-mile round trip to the Paulding area in the Upper Peninsula of Michigan, until 2000.

His younger brother, Micah Zeitler, heard similar stories after his family moved to Mercer from Minocqua.

“There’s not much to do in Mercer, so we’d all go see the light. I was guaranteed to see it so that’s the only reason I went,” Micah said. He was impressed with what he saw and heard, including the legend that the light was produced by the spirit of a dead trainman. “ I told everyone I’d seen a ghost.”

Micah and Ezra, however, eventually went one step further and, with their university geography professor, set off to uncover the truth about the light. Their result may once and for all explain the origins of this particular mystery light, at least for those willing to accept something less than a paranormal explanation.

The Zeitler brothers certainly are not alone with their interest in what has alternately been called the Paulding Light, the Wastermeet Light, the Dog Meadow Light, or simply, the Mystery Light. For decades, thousands of visitors have made the nightly trek north out of Eagle River, Wisconsin, on U.S. 45, through Watersmeet, Michigan, to a point about a dozen miles north of the Wisconsin state line.

The visitor turns off on an old gravel road about four miles north of Watersmeet, drives up the hill and parks. If it’s a “good” night, a dim, glowing orb of white light will appear in the far distance. The light may vanish for a period of time, only to reappear moments later. Sometimes other lights appear with it. During winter and early spring, the light may appear only infrequently.

Theories abound as to what causes the light. Some believe it must be supernatural. To these folks, the light glows from the lantern of a long-dead trainman, or a slain dogsled musher. Some have even attributed it to UFOs draining energy from nearby power lines.

More earth-bound observers claim the light might be produced by methane gas escaping from a fissure in the earth. Others say the phenomenon is nothing more than the reflection of lights from boats on Lake Superior or cars on a distant highway.

Tourism officials quickly recognized the lure of the light. One vacation brochure calls it the Watersmeet Mystery Light and includes it in the same sentence as a local trout hatchery. Another brochure listing “Things To Do” in the Watersmeet region gives the phenomenon its own paragraph:

“The ‘Light’ appears almost every night after dark on a lonely old gravel road and has defied explanation for years. It appears to arise from the horizon, glows like a beacon, splits, changes color and mysteriously disappears as quickly as it came.”

But how did the legend of the Paulding Light come to be, and what will one see in that pocket of Wisconsin/Michigan wilderness?

Despite the insistence of some locals – and tourism promoters – the “mystery” of the light is usually traced no farther back than to the mid 1960s when a carload of teenagers stopped one clear evening on that on that gravel road near the swampy area known as Dog Meadow. Suddenly, the teens claimed, brightness filled the car’s interior and lit the power lines paralleling the road. They were so frightened they fled back to town and reportedly told their yarn to the sheriff.

One of the earliest documented sightings came in the late 1970s. Two Wisconsin men, Harold Nowak and Elmer Lenz, told a newspaper reporter that they parked their car on the gravel road and the light appeared in the distance – a bright spotlight shining directly at them. The light moved closer, backed away, and even appeared at an angle from time to time. Lenz grew up near a rail yard and he said the light looked just like a locomotive headlamp.

The men said a smaller light appeared below and slightly to the right of the large, white light. “The two, at times, seemed to move together, then part, one or the other disappearing, then showing again,” Lenz said. The smaller light was red, though they claim to have also seen a green light.

Their description fit with one of the legends of the origin of Paulding Light, that one night in the early 20th century a railroad switchman with lantern in hand was crushed to death between two cars while attempting to signal the train’s engineers. Another tale holds that a trainman was murdered along the railroad grade where the light appears.

A third account claims that a mail carrier and his sled dogs were mysteriously slain in the early 1800s at Dog Meadow, below the vantage point from which the light can best be seen. The modern road though the region was built on the Civil War-era military road from Fort Howard in Green Bay to Fort Wilkins at Cooper Harbor. Federal troops during the war guarded cooper supplies moving along the road. But much earlier, men with teams of sled dogs delivering the mail to isolated communities used the old trail. The light, it is said, is the lantern held by the mail messenger looking for the men who murdered them. 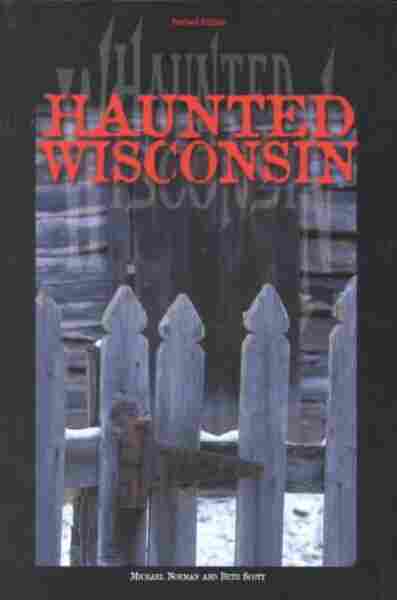 by Michael Norman and Beth Scott