Accessibility links
Women's Salaries Back On Top For Younger Set Unmarried women between the ages of 22 and 30 are making 8 percent more than men in the same demographic, according to a new analysis of government data by a private research firm. It's partly because more women are college educated. But overall, women still make less than men. 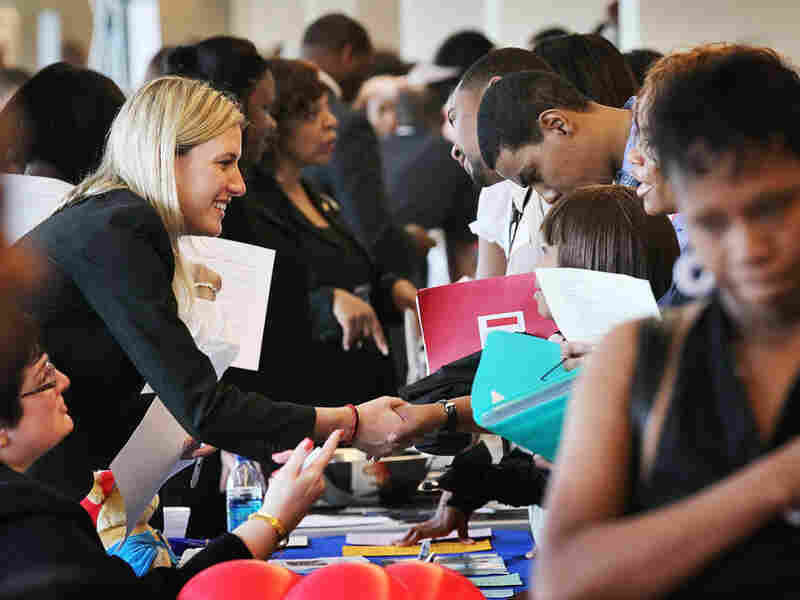 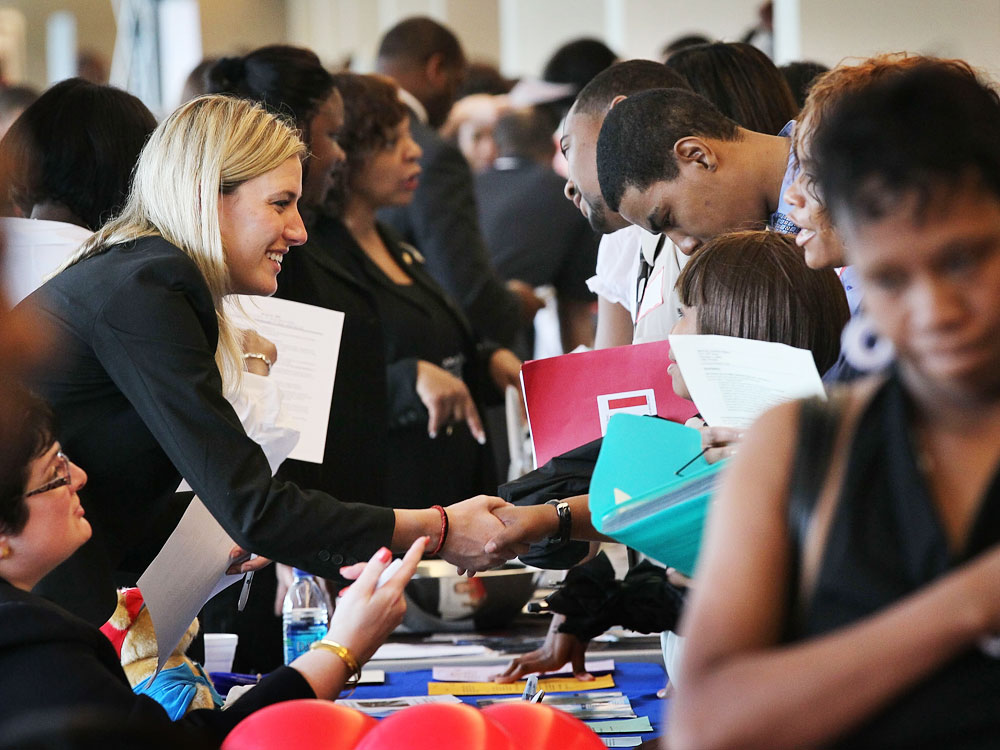 Job seekers speak with recruiters during a career fair sponsored at Malcolm X College in Chicago this summer.

In most areas of the country now, unmarried women between the ages of 22 and 30 without kids are making 8 percent more than men in the same demographic.

That's based on data gathered by the Census Bureau and analyzed by Reach Advisors, a private research firm. It's part of a long trend that mirrors a trend in education, and there is one major reason for that.

"At this point in time, young women are 1.5 times more likely to earn college degrees than their male counterparts," says James Chung, president of Reach Advisors. "That's a huge difference. And it's starting to reflect in average income.

Chung says it is still the case that overall, women make 80 percent of what men make. And this survey is not saying that a woman in the same job makes more than a man.

It's still not certain whether these findings signal a significant change. The big question is whether -- as this group of women ages, marries or has children -- their wage advantage will disappear.

Looking To The Post-Recession Job Market

Chung says he hasn't seen any evidence that it will go away. He points out that male-dominated industries like manufacturing were hit harder this recession. There are more women in managerial jobs now than men. And Chung says it's likely that when the economy rebounds, this new generation of women will be better poised to make more money.

How does this make men feel? For the up-and-coming generation, it is simply the new norm, he says.

Jacqueline King, a policy analyst for the American Council on Education, agrees that education is the most important factor in explaining why younger women are making more than young men. But she's not ready to say that these results mark a watershed event for women's wages overall.

"If you were to compare women to men with similar levels of education, you would find that the men still earn more, in part because they tend to choose higher paying fields," King says.

For nearly two decades, women have outnumbered men going to college. This is particularly pronounced among minority groups and at historically black colleges, where women outnumber men 2 to 1.

Some colleges are now trying to attract more male students by starting men's groups, showcasing their sports and offering subjects that tend to draw in men.

But King says the fact remains that even though women are going to college in greater numbers, they are more likely to take jobs in lower-paying fields like education, while men are more likely to end up in relatively high-paying positions in business and technology.

"Also, women are much more likely to take time away from their careers for child care and other family responsibilities, and that has an impact on their earnings over the course of their careers," King says.

Chung of Reach Advisors says he plans to track these young women over the next few years to see whether, in fact, they do manage to close the gender gap.