Accessibility links
Can Iraq Lessons Learned Work In Afghanistan? As the combat mission ends in Iraq, 30,000 additional troops are heading to Afghanistan. Comparisons between the two wars are inevitable. Gen. David Petraeus, who commanded U.S. forces in Iraq, brings to Afghanistan many familiar military faces and the strategy of creating local forces to take control of security at the grass-roots level. 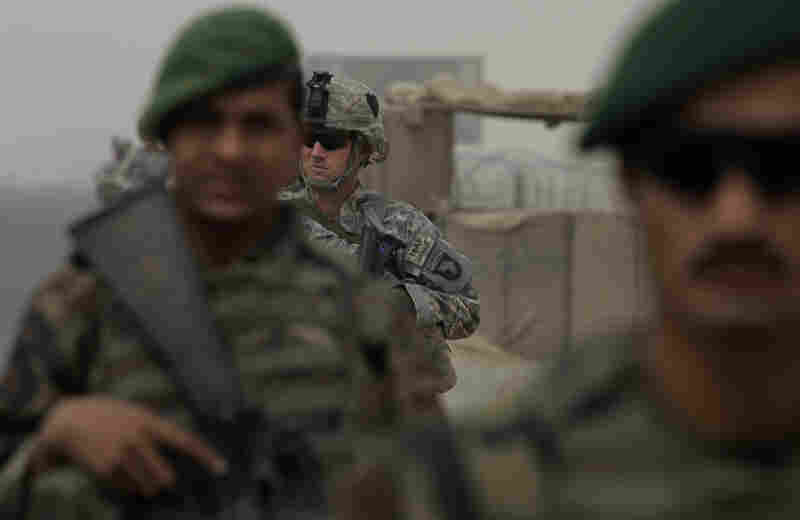 The U.S. has officially ended its combat mission in Iraq, while tens of thousands of extra U.S. troops deployed to Afghanistan are moving into place -- and so are their top leaders.

Many of the U.S. military officers who fought in Iraq are now taking charge in Afghanistan, and they bring with them the lessons they learned from Iraq. But the lessons can be both useful and dangerous.

Comparisons between the two wars are inevitable. They begin with the language used to describe them, and one word in particular comes up time and again: surge. President Obama used it himself in his address to the nation this week.

"As with the surge in Iraq," he said, "these forces will be in place for a limited time to provide space for the Afghans to build their capacity and secure their own future."

But Stephen Biddle, a defense analyst who has advised the U.S. military on Afghanistan, says just using the word "surge" can be misleading. "People assume that if the word is the same, the logic is the same," he says, "and it's going to work the same, and I don't think that any of those things are very likely."

The surge -- President George W. Bush's decision to deploy an additional 30,000 troops to Iraq -- is often credited for the turnaround there. But Biddle says that was only one piece of the puzzle. He says it was the Sunni Awakening -- when Sunni leaders stopped fighting the Americans and joined with them against al-Qaida -- that ultimately tipped the scales in favor of the U.S. and its allies.

"The Awakening without the surge would have died under an al-Qaida counterattack," he said. "The surge without the Awakening wouldn't have been nearly large enough to suffocate an insurgency the size of Iraq's. It was the two coming together that made the difference."

President Obama has ordered an additional 30,000 troops to Afghanistan, and commanders there say some villagers are fighting back against the Taliban in certain provinces.

But Leslie Gelb, president emeritus of the Council on Foreign Relations, says a similar awakening in Afghanistan isn't in the cards. "We're not going to be able to turn to the Taliban and say, 'Hey now, will you be on our side?' There's no natural ally in Afghanistan the way the Sunnis were a natural ally in Iraq," he says.

Echoes Of The Awakening

The wars also invite comparison because of who's in charge in Afghanistan: Gen. David Petraeus, the primary architect of the strategy in Iraq. He's asked many of his advisers from that war to help him in Afghanistan. 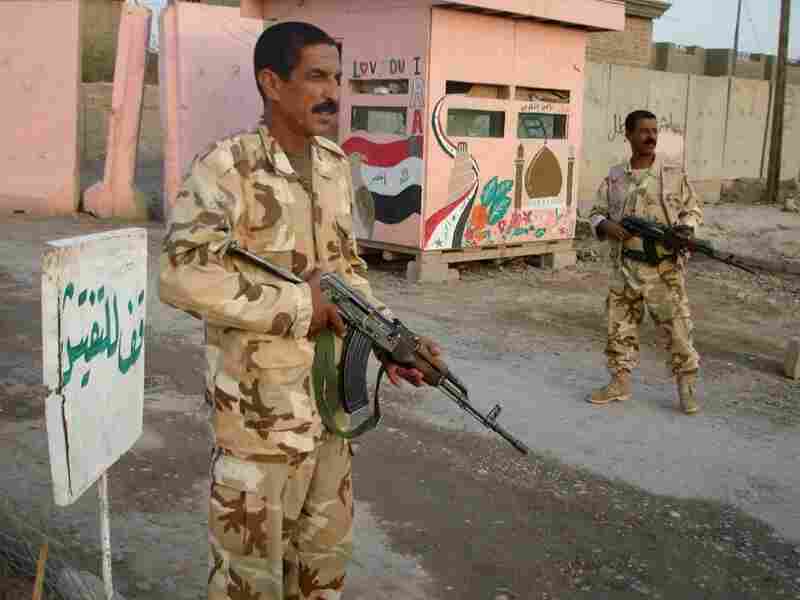 Members of the Sunni Awakening guard a checkpoint in the northern Iraqi city of Samarra in August. The former insurgents joined the U.S. in the fight against al-Qaida and are credited with helping turn the course of the war. Mahmud Saleh/Getty Images hide caption

One of his first moves was to push for the creation of Afghan-run village security forces, which is an idea that echoes elements of the Sunni Awakening in Iraq. At its core, it's an effort to get locals to take control of their own security at the grass-roots level.

Biddle says the experience of Petraeus and his team will shape the questions -- about local security militias and negotiating with insurgent faction leaders. But, he says, their Iraq legacy won't necessarily determine the answers they reach.

Analysts point to one big similarity between the wars -- the fact that both are counterinsurgencies, which demand support from the local population. U.S. forces learned how to gain support in Iraq by sipping thousands of cups of tea while talking with local leaders. But Biddle says the big lesson from both wars is that local support for an American agenda can't be taken for granted.

"The local government is not necessarily a closet Thomas Jefferson yearning to break free if only it could get better skills with spreadsheets and some more money for doing trash cleanup," he says.

What worked in Iraq may not apply in Afghanistan. Still, Michael O'Hanlon of the Brookings Institution says Petraeus and his team are better off having had to tackle something similar in Iraq.

"They're not trying to overlearn the lessons of Iraq," he says, "but it has to be giving them a certain amount of confidence that this is at least potentially doable."

Doable is one thing, but winnable is quite another. And in what the president this week called "an age without surrender ceremonies," the biggest similarity between the two wars may be in the unceremonious way they end.