Accessibility links
The Root: Can Selling O'Keefe's Art Save A University? Fisk University is on the brink and the only asset of real value is a $74 million trove of early modernist masterpieces that artist Georgia O'Keeffe donated to the school six decades ago. Jennifer Brooks of The Root asks whether saving one means sacrificing the other. 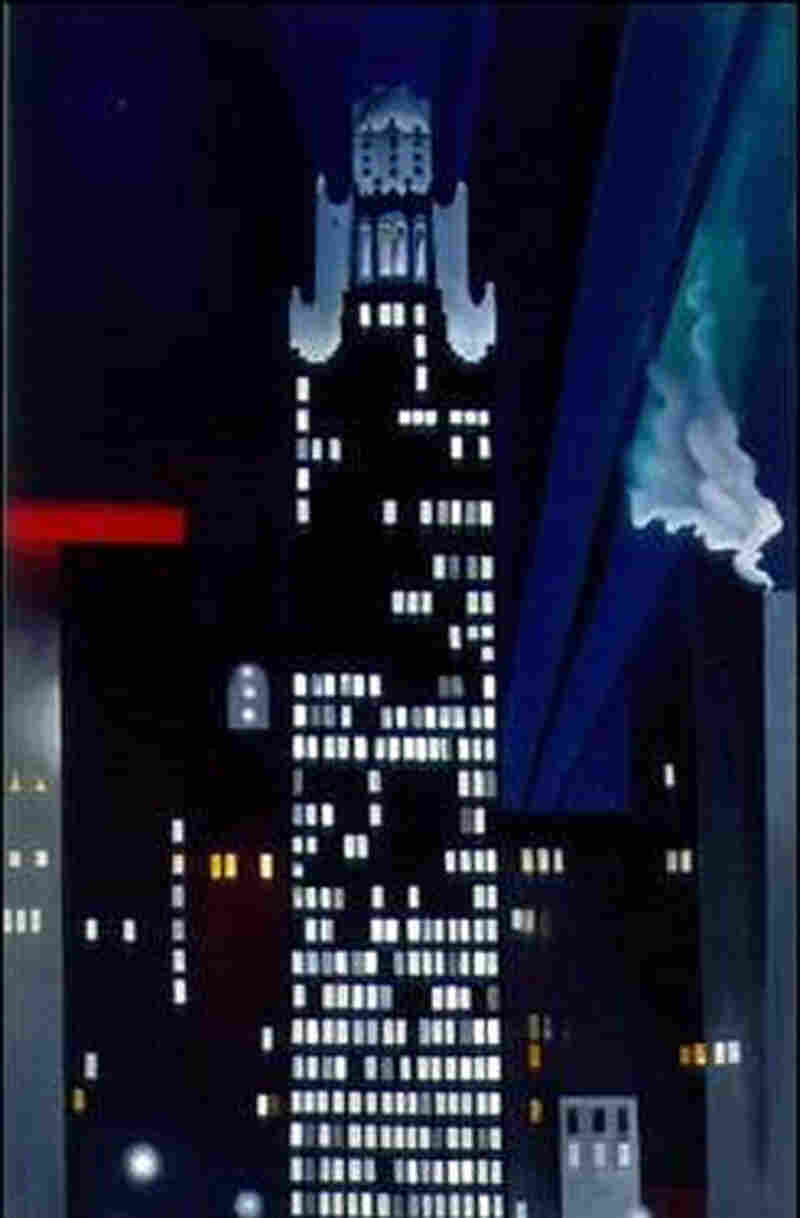 The 1927 painting Radiator Building -- Night, New York by Georgia O'Keeffe is part of the 101-piece collection that the artist donated to Fisk University in 1949. Fisk University/AP hide caption

Jennifer Brooks is a Nashville-area writer.

Fisk University is on the brink. The endowment of the tiny, historic school in Nashville, which opened its doors to newly freed slaves in 1865, is depleted. Every building on the campus where poet Nikki Giovanni, historian John Hope Franklin, and educator and activist W.E.B. Du Bois were educated has been mortgaged.

Fisk President Hazel R. O'Leary says that the only asset of real value left is the Alfred Stieglitz Collection of Modern American and European Art. It is a $74 million trove of early modernist masterpieces that artist Georgia O'Keeffe donated to the school six decades ago. The art's presence at Fisk is a source of joy, consternation and dispute.

Fisk, which had slightly more than 800 undergraduate students in 2009, has tried to sell off parts of the expensive-to-maintain collection for years. The sale has been blocked by legal challenges, first by the O'Keeffe estate, then by the state of Tennessee. Georgia O'Keeffe, those opposed to a sale argue, saw the collection as a gift to Fisk and the people of the South, not as a cash machine from which to make withdrawals.

Tennessee Attorney General Bob Fisher wants the art to stay in Nashville, even if it means its removal from Fisk and exhibition elsewhere. The city's Frist Center for Visual Arts has offered its galleries to house the collection.

That would leave Fisk not only with no art-sale revenue but also with no Stieglitz art collection.

In August, the case landed in a Nashville court again. Fisk petitioned for release from the strict conditions of O'Keeffe's bequest and for permission to sell a half-share in the collection to the Crystal Bridges Museum of American Art for $30 million. The agreement would rotate the collection between the campus and the not-yet-constructed museum being bankrolled by Walmart heiress Alice Walton in Bentonville, Ark.

Judge Ellen Hobbs Lyle ordered both sides back to square one. Fisk had made its case, she said, that maintenance and display of the collection as O'Keeffe instructed was not feasible for a financially struggling university. But Lyle wasn't ready to allow a sale.

The state attorney general has until Sept. 10 to draw up a plan that would allow the art to stay in Nashville. Fisk has until Oct. 8 to hammer out a new contract with Crystal Bridges that is closer to O'Keeffe's intent and ensures that Fisk maintains its fair share of the collection. On that day, Lyle will either make a decision or order both sides back into court.

The three days of testimony before Lyle turned a harsh spotlight on the relationship between Fisk and the community it calls home. It even pitted Fisk against the art itself.

Fisk attorney John Branham argued that the collection was created by "Caucasians," with no real connection to Fisk's true mission. The collection, amassed by O'Keeffe's late husband, the legendary photographer Alfred Stieglitz, includes works by Picasso, Cezanne, Toulouse-Lautrec, Diego Rivera and O'Keeffe herself.

It is visited by fewer than seven people a day.

Fisk is home to thousands of other artworks, many donated to the school by Harlem Renaissance-era artists like Aaron Douglas, who filled the school's former library with soaring murals. Now the roof of Cravath Hall leaks, and the murals peel and warp. The university cannot afford to maintain the African-American art it has, much less that done by non-black artists.

Branham brought images of the Douglas work and Henry Ossawa Tanner's The Three Marys into court, propping them next to reproductions of Marsden Hartley and Arthur Dove abstracts from the Stieglitz collection.

"This is a real prize by a black artist," Branham said, gesturing to the Tanner. "This is a prize that really needs to be kept in Nashville, in the South, in this community." If the Crystal Bridges deal does not go through, he warned, The Three Marys would be "auctioned off to pay for toilet paper."

Despite its problems, Fisk ranks 110th out 267 schools on the U.S. News & World Report 2011 list of national liberal arts colleges as ranked by high school counselors. It is one of three historically black colleges, lined up like jewels on a necklace, along the Jefferson Street corridor that was once the heart of Nashville's black business district. The others are Meharry Medical College and Tennessee State University.

In testimony, O'Leary described meeting with local art patrons. Instead of offering support, they questioned Fisk's survival, as well as the validity of historically black colleges in a post-Brown v. Board of Education world.

The state's attorneys asked whether Fisk's financial straits were as dire as O'Leary had claimed. In 2008 she testified that Fisk's finances were so dire, it would lose its accreditation unless the sale went through. It was reaccredited the following year.

The state also pressed for details about how $30 million could save the school, since O'Leary had testified that Fisk needed closer to $150 million to get back on its feet.

There have been attempts to encourage local art lovers to step up and keep the Stieglitz Collection in Nashville. The efforts, however, went nowhere. A local attorney charged with trying to sell the collection testified that no one in the community "had a real emotional attachment to the art."

Whether the community at large has any emotional attachment to Fisk University remains an open question as well. Fisk is now arguing that the collection's six-figure annual upkeep further drains the school's finances, and the court battles are poisoning how the community views the university.

Fisk, O'Leary testified, is hemorrhaging. "As you bleed Fisk to death, you bleed the ability to [care for] the Stieglitz collection," she said. Asked whether Fisk can survive without the $30 million art sale, she replied, "No, it cannot."