Accessibility links
Nir Felder: Introducing The Next Big Jazz Guitarist The Brooklyn youngster has already played with John Scofield, Joe Lovano and Jason Moran. With a debut album slated for early 2011, Felder recently stopped by WBGO's The Checkout to give host Josh Jackson a taste of what's to come. 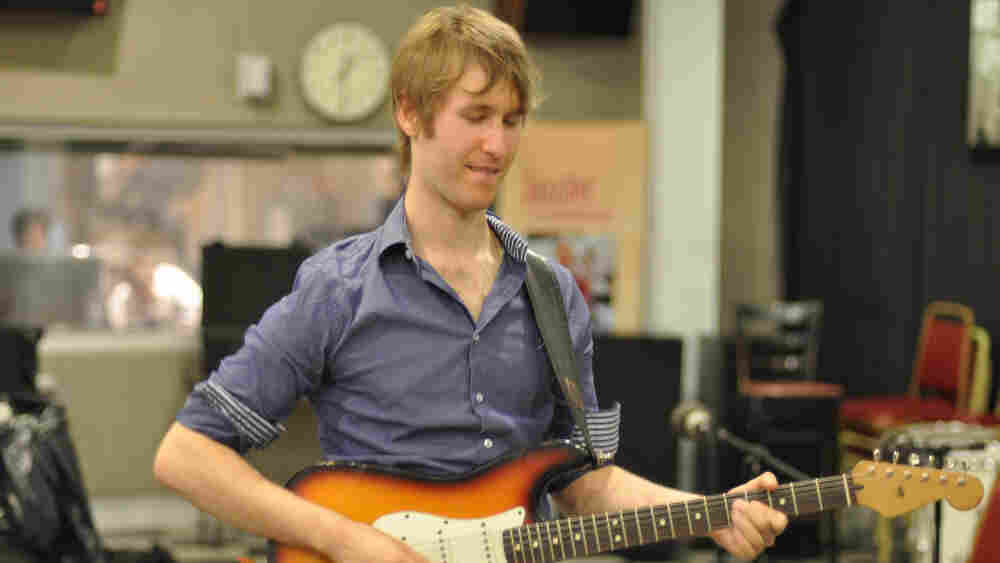 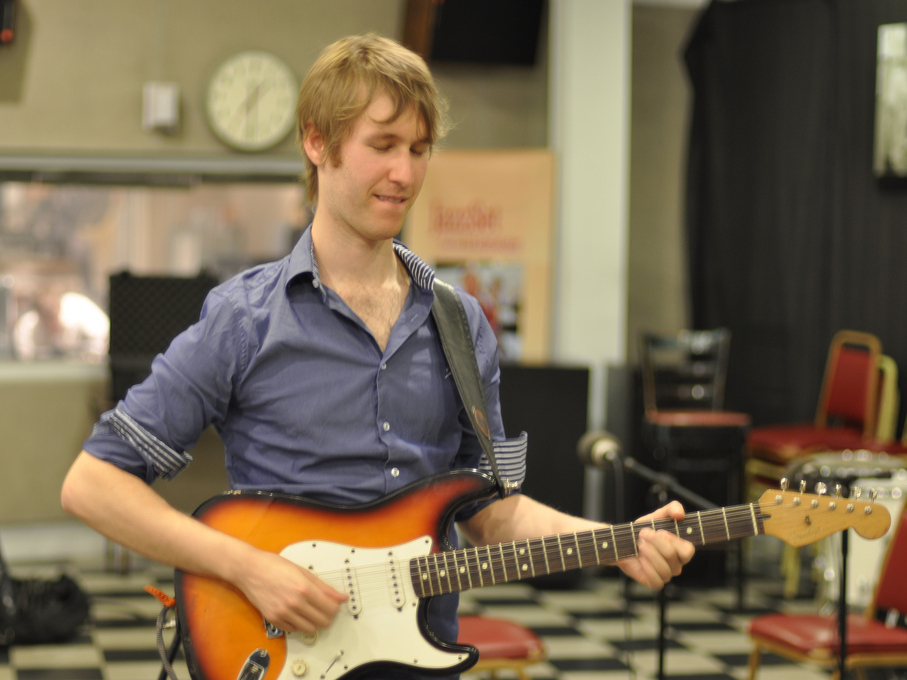 You're going to hear a lot from guitarist Nir Felder in the future. The 2005 graduate of Berklee College of Music won the Jimi Hendrix Award from Berklee's guitar department, as well as the prestigious Billboard Endowed Scholarship for musicianship and academic performance. He's been drawing attention in New York as a member of several groups, notably in saxophonist Greg Osby's band.

He has not made a recording as a leader, but this WBGO session for The Checkout comes close. Consider it a preview.

"It's in the process of being recorded," Felder says of his official debut. "We've made several attempts to lock everyone down and get studio time. It hasn't happened yet, but it will soon. It's just a matter of months."

Nir Felder grew up in Katonah, N.Y., which wasn't necessarily a hotbed for jazz.

"There wasn't really a place to learn music there," he says. "I had to seek out guitar magazines, Internet stuff and whatever records I could get at the local Borders. This is before YouTube really took off and everything became accessible."

There were a few notable musicians living in the area, but Felder didn't know them personally.

"I was introduced to jazz through hearing their names," he says. "One of them was John Scofield."

"I listen to everything that comes my way -- suggestions from friends and the music of my peers," Felder says. "But also the music I grew up with. I draw a lot of inspiration from classic rock, blues and soul. There's really a lot of material to be explored in that music. It comes from an emotional place."

Felder brings four original compositions to this session. Some of the music suggests those early influences. "Bandits," "Lover" and "Code" are imbued with strong melodic content, the kind you might hear in popular music.

"Sometimes I feel like that element is introduced to jazz as a way to be "modern" or "current" or wearing your influences on your sleeve," he says. "I hope that's not the case here. It's the same thing I love about jazz. It's really coming from a sincere place. I hope that carries through in this music, too."