Accessibility links
A Funny, Fractured Field Guide To A 'Wild Kingdom' Kevin Huizenga's alter-ego Glenn Ganges returns in his latest collection of spiky, intellectually adventurous stories — drawn in friendly, stylized art. The Wild Kingdom is like entries from the Encyclopedia Britannica of an alternate, funnier universe.

A Funny, Fractured Field Guide To A 'Wild Kingdom'

A Funny, Fractured Field Guide To A 'Wild Kingdom' 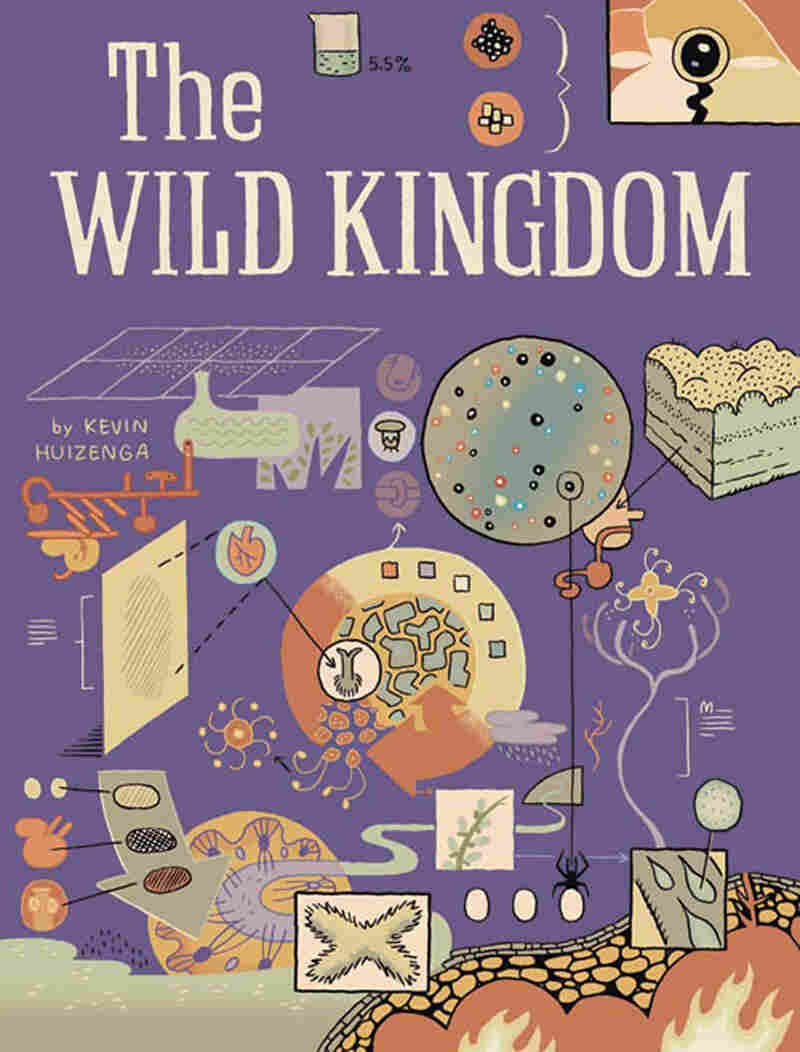 A recipe for deep-fried squirrel brains comes with a warning: "May transmit Mad Cow Disease or mental maps of nuts." The table of contents lists such non-existent chapters as "Life and its Marvels," "The Mighty Thirst of Trees," "What the Glands Do" and "The Mask of Satan." Apocryphal apple varieties come under consideration (Lifesaver Gold: "Fairly tart and gorgeous…a blend of bone crush and goose flesh"). A field guide entry for a species of beetle reads: "Dangerous. Unite to form The Devastator. There is no you."

This is cartoonist Kevin Huizenga's The Wild Kingdom, a collection of short comics involving Huizenga's alter-ego Glenn Ganges, a po-faced young everyman of the suburban Midwest. "Collection" doesn't quite capture the playful narrative experiment Huizenga has constructed here -- "juxtaposition" might do it better. Huizenga enjoys playing with the gaps between stories, and between panels, inviting the reader to supply (or at least look for) meaning to connect his images together. 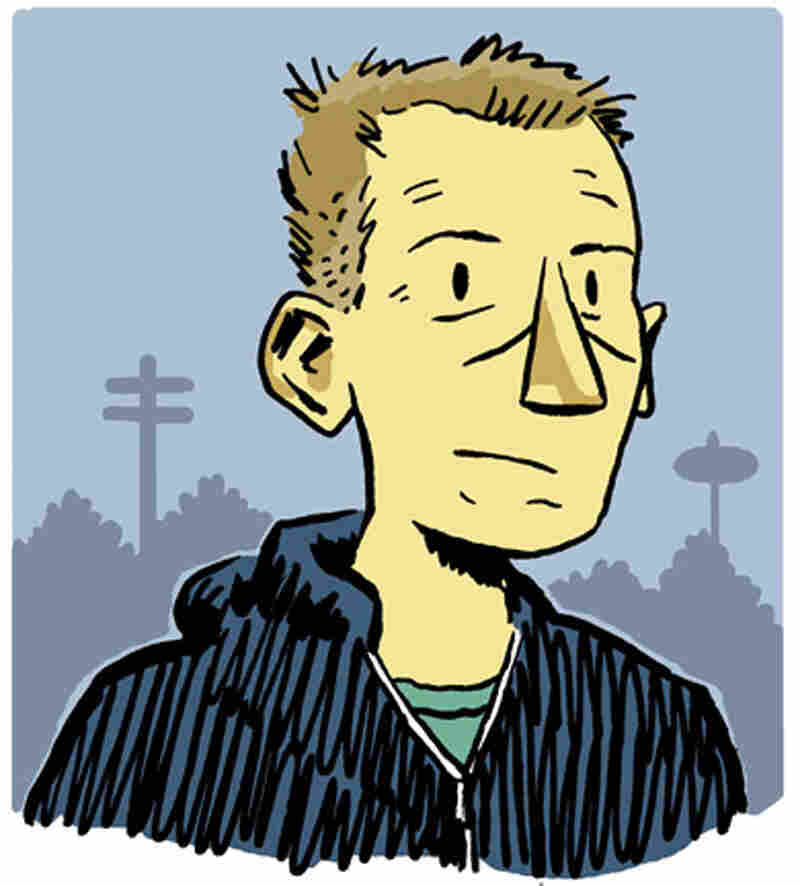 Kevin Huizenga, (self-portrait above), is also the creator of Curses and Or Else. Kevin Huizenga hide caption 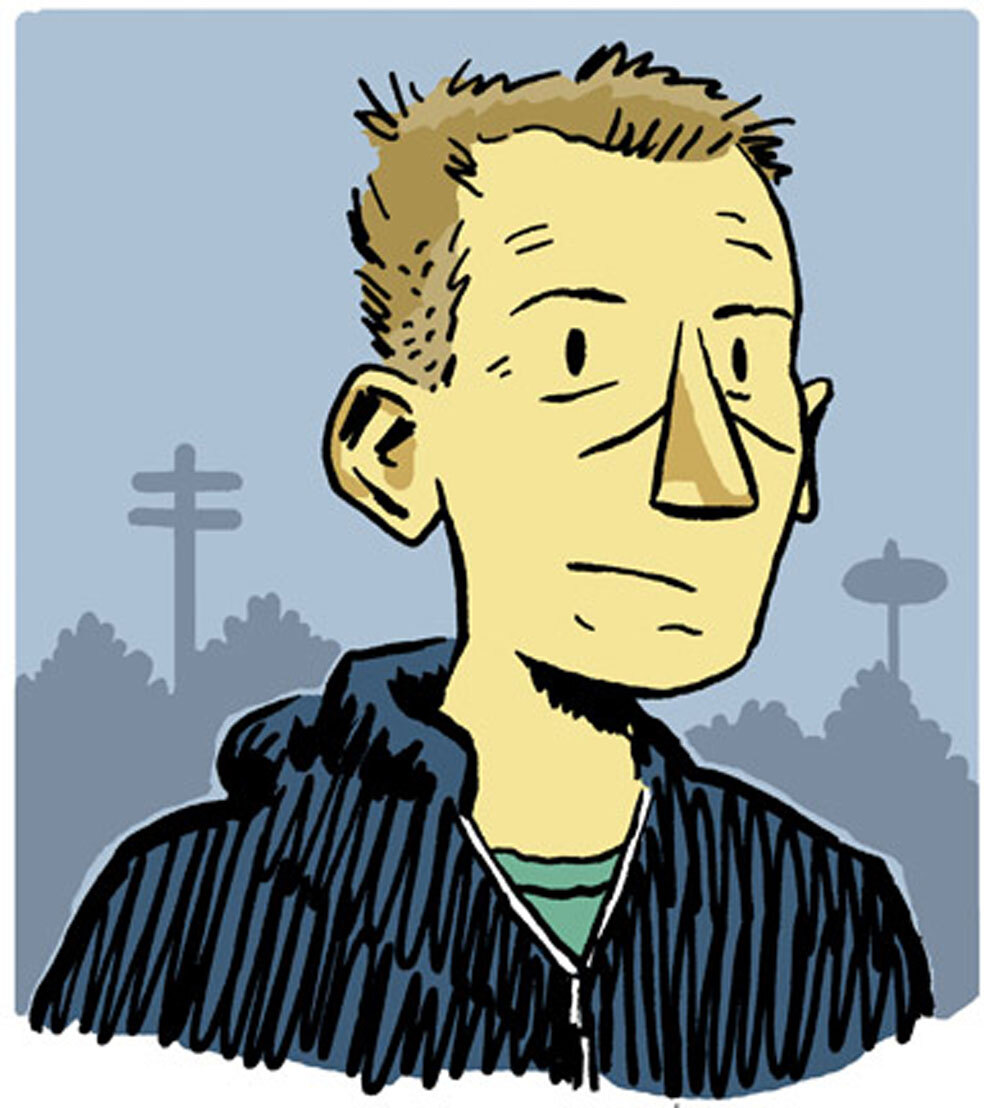 Kevin Huizenga, (self-portrait above), is also the creator of Curses and Or Else.

Thus a parody of pharmaceutical ads morphs into a brief meditation on the plight of famous ghosts. A throng of multi-colored revelers interrupts what can only be described as an existentialist toothpaste commercial. An examination of Belgian playwright/naturalist Maurice Maeterlinck's life and work is immediately preceded by seven panels of "Fancy Pigeons," which are exactly what they sound like.

Without something to tether them to the ground, experimental comics can quickly devolve into little more than willfully obtuse chronicles of their author's self-regard. On a surface level, what unites The Wild Kingdom is Huizenga's stylized, friendly art -- you can easily imagine his dot-eyed Glenn Ganges staring up at you blankly from a Sunday comic strip.

More importantly, Huizenga builds The Wild Kingdom like a piece of music. His narrative, though fractured, builds steadily from spare, nearly wordless black-and-white depictions of Glenn's interaction with various species of wildlife -- a mosquito, a squirrel, a pigeon, a cat, a beetle -- into full-color entries from the Encyclopedia Britannica of an alternate, funnier universe. As this happens, themes and phrases recur like musical variations: Walt Whitman. "I was saved from my own life." Famous ghosts. Schematic diagrams. Passages from Maeterlinck's 1901 apiological treatise The Life of The Bee. The (often violent) clash of man and nature, climaxing with series of images that mirrors and intensifies the book's gradual and relentless accretion of detail.

Narratively tidy it is not. Neither, for all its humor, could The Wild Kingdom be considered a light read. Instead, what Huizenga has created is a collection of spiky, intellectually adventurous stories that fit together at odd angles. The result: a mordantly funny field guide to a very specific and modern species of dread. 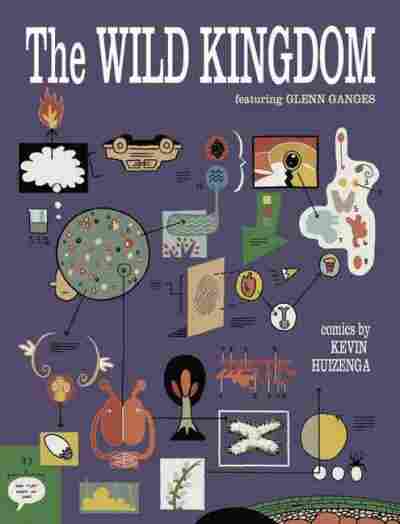