Accessibility links
Camp For Alzheimer's Patients Isn't About Memories An unusual sleepover camp brings together about 20 people who have dementia for a weekend of music, dance, reminiscing and other activities that emphasize strengths instead of losses. While the campers typically won't remember details of the retreat, it lifts their mood, camp staffers say.

When Samara Howard recently dropped off her elderly mother Johnnye Jennings at a three-day camp for people with Alzheimer's and other types of dementia, it was the first night she'd been away from Jennings in seven years.

"Normally, I only sleep maybe two hours a night because she wakes up and she wanders and she turns on the stove," says Howard, who eventually had to quit her job to take care of her mother full-time. "I haven't slept through the night in years." 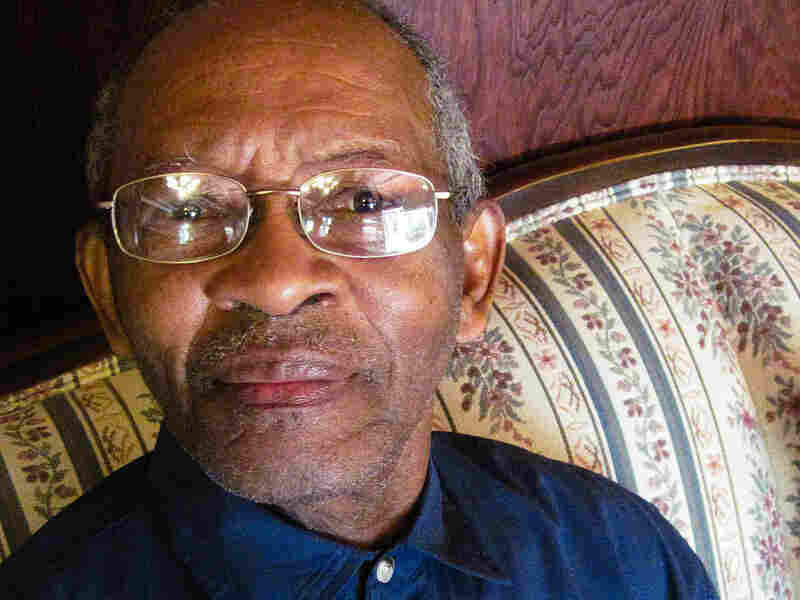 Camper Emmorry Jackson says he did "a lot of metal work" in his job at the nearby naval air station, and he still loves tinkering. Cindy Carpien/NPR hide caption 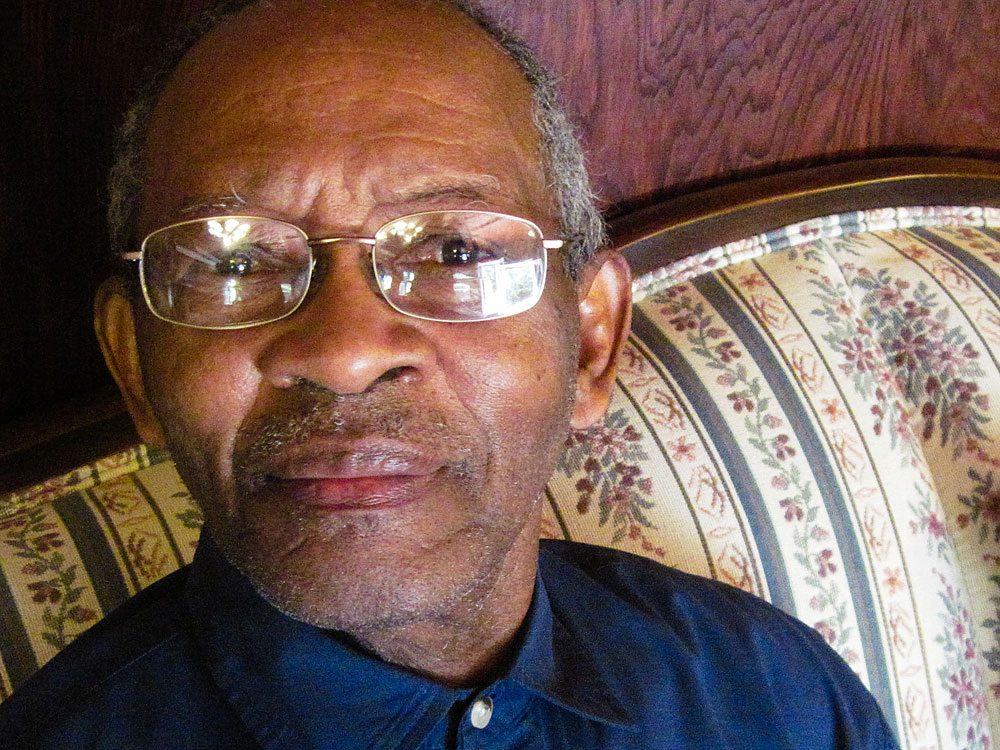 Camper Emmorry Jackson says he did "a lot of metal work" in his job at the nearby naval air station, and he still loves tinkering.

You hear these stories of exhaustion and frustration often from the families of the roughly 5 million Americans who have Alzheimer's disease or other forms of dementia. Confusion, wandering and agitation are common with dementia, and usually any break in the daily routine only increases those reactions.

Not Remembering, But Feeling

But things are different at the Camp for Caring, a weekend sleepover camp at a woodsy conference center outside San Francisco. The retreat, sponsored a few times a year -- funding permitting -- by the nonprofit Family Caregiver Alliance, brings together 18 to 20 people who have dementia for a refreshing, engaging weekend of music, dance, reminiscing and other activities that emphasize strengths instead of losses.

The campers typically don't remember details of the retreat, says Caitlin Morgan, the gerontologist and social worker who directs the camp. But the experience significantly lifts their mood.

"It's all about the feeling," Morgan says. "By the end of the retreat, [they say] 'whatever we did, it feels like something good has happened here.'"

Post-camp surveys of family caregivers indicate that the "good feeling" lingers, and it even can improve daily functioning. Though there is still no cure for Alzheimer's or a treatment for it that significantly slows its progression, experts have learned in recent years that by tapping into emotion -- using techniques like those employed by the Camp for Caring -- it is often possible to tunnel through the mental fog of dementia and engage people who are pulling into themselves.

Here's a sampling of the communication tips experts say can help make the illness easier on everyone:

1. Acknowledge the elephant in the room.

People newly diagnosed with Alzheimer's say being able to admit their memory gaps and other lapses to trusted family members and friends can be a relief -- and helps everyone feel less alone.

2. Listen between the lines.

As dementia progresses and syntax and word finding falters, "listen with your ears, eyes and heart," the Family Caregiver Alliance advises. Keep your conversation unhurried and simple, and watch for nonverbal clues and body language to find the meaning underlying the words.

Limit noise and distractions as best you can during conversation. Look your loved one in the eye with affection and respect, and use calm, relaxed body language. Keeping choices simple and offering visual prompts -- "Would you like to wear this shirt or that one?" -- can help when words fail.

Light exercise helps everyone sleep better, and outdoor walks, reminiscing with old friends and singing or dancing to familiar tunes engage the body and mind. Activities don't have to be complicated to be meaningful. "I hear over and over again from people with Alzheimer's that they want to be useful," Morgan says. "If somebody wants to wash and rewash the dishes, what's wrong with that?"

5. Don't needlessly confront or contradict misconceptions -- validate and redirect, instead.

If your grandmother thinks she's 8 years old and late for school, don't correct her, experts say. Fib if you have to -- tell her today's a school holiday. If she insists on sleeping on the floor, put down a mattress to make her more comfortable. Dehydration or a medication side effect may be behind a hallucination. Check with the doctor.

6. Keep your sense of humor.

Nervous About Alzheimer's? Coffee May Help June 28, 2010
A Decade Of Alzheimer's Devastating Impact June 16, 2010
Agatha Christie And Nuns Tell A Tale Of Alzheimer's June 1, 2010
How Exercise Might Help Keep Alzheimer's At Bay April 29, 2010