Accessibility links
'The Report': A Tragic And True WWII Page-Turner On March 3, 1943, 173 people were crushed to death in a stairwell leading to a London air-raid shelter. The crowd was mostly made up of women and children. In her tender and sorrowful novel, Jessica Francis Kane meditates on the disaster, and how humans try to make sense of inexplicable events.

'The Report': A Tragic And True WWII Page-Turner

'The Report': A Tragic And True WWII Page-Turner 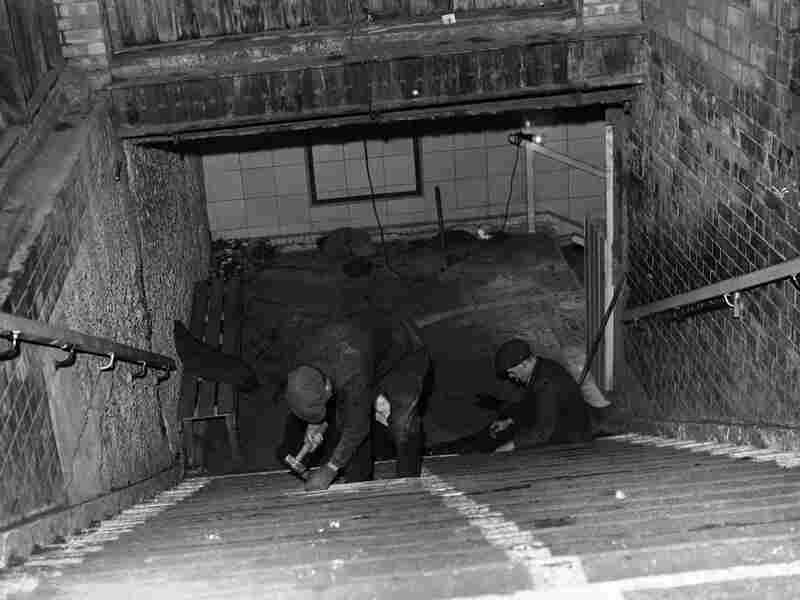 The stairs at the entrance of the tube station shelter at Bethnal Green, London, on March 5, 1943, where a disastrous crush of people occurred two days before. AP hide caption 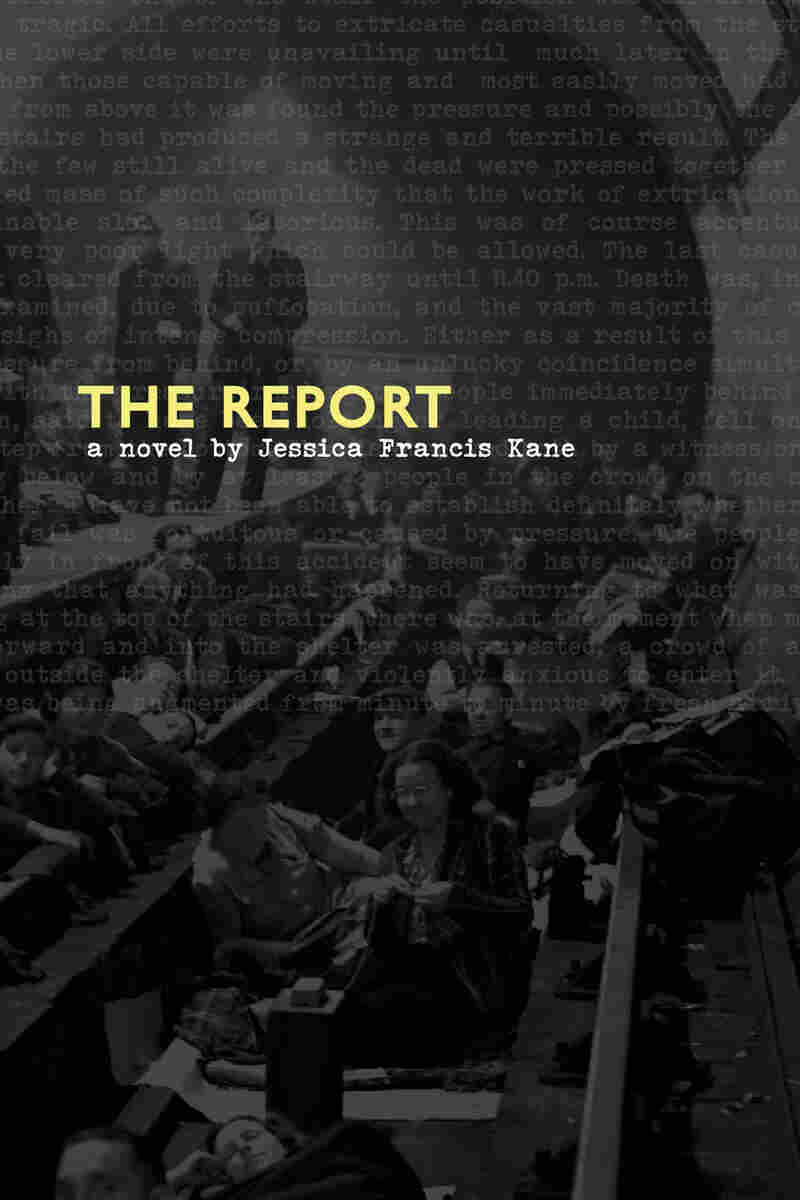 On March 3, 1943, on a night when England expected a horrific retaliatory bombing from Germany, 173 people died in London's East End. Not a single bomb fell that night, however. Instead, the victims, the vast majority of whom were women and children, died on the stairwell leading to an air-raid shelter inside a tube station in Bethnal Green. In a matter of seconds, "there was a solid wall of people filling in the space between the bottom step and the ceiling, horizontal layers of people like a cross-section of the earth's crust."

That night of horror would eventually lead to an official inquiry. The chief investigator, Laurence Dunne, would produce an unusually well-written report attempting to answer why so many died on such an otherwise quiet evening. In her alternately tender and sorrowful first novel, The Report, Jessica Francis Kane beautifully illuminates the story of this true tragedy. Kane meditates on how the victims' families, and the survivors and witnesses of such horror, are long affected, and how we expect truth -- official truth -- to somehow make sense of events for which there really isn't a clean-cut explanation or an obvious target of blame.

The Report moves among the night of the tragedy, its immediate aftermath, Dunne's inquiry and the 30th anniversary of the disaster. A few of the story's principals are now elderly or grown adults -- namely Tilly Barber, whose mother couldn't save her baby sister from the crush of people, and her younger brother, Paul, who has sought out Dunne for a documentary he wants to direct on the disaster. As we shift between settings and eras, and as we follow the lives of those affected by the mass deaths -- from air raid wardens and local constables to harried mothers and disoriented reverends -- Kane uses quotidian detail to evoke a time of deprivation and exhaustion among Londoners. She also uses her keen eye for telling detail to create a gentle hush around the lives of her protagonists, delineating a bubble of loss they seem to float in. 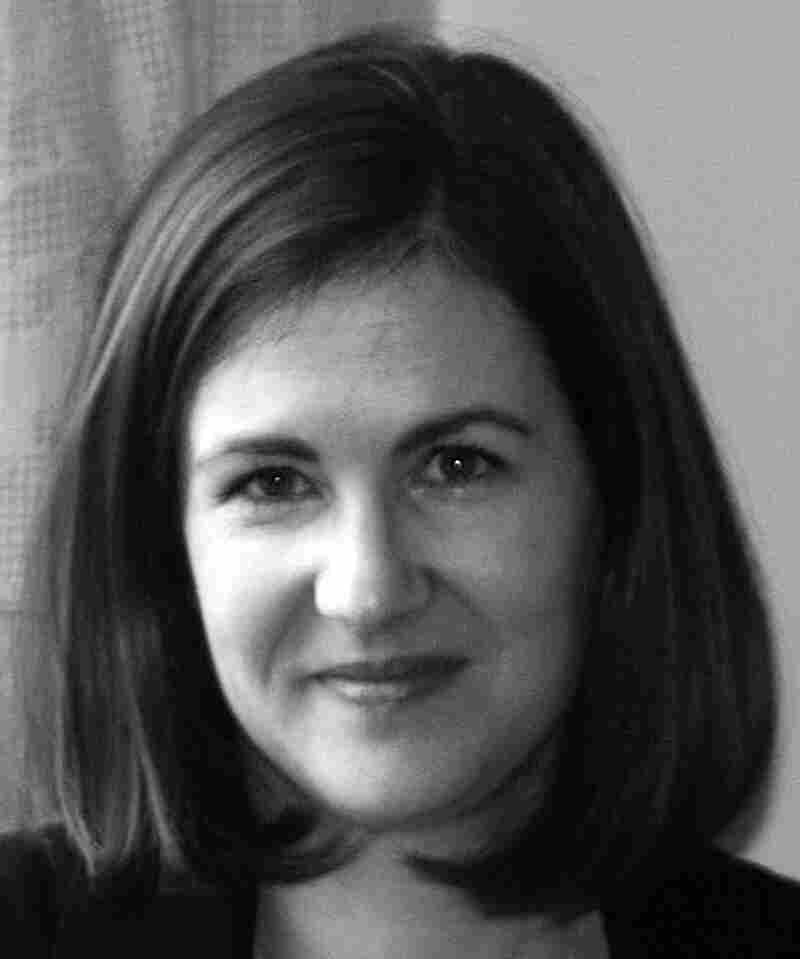 Yet the novel isn't precious or self-absorbed. Rather, The Report is unflinching even as it is generous. It's also a page-turner, skillfully deploying a new fact or a different perspective about the disaster, propelling the narrative. As our curiosity mounts about the truth of what really happened that night, Kane keeps alive the question of how much truth any person -- or any society -- can handle. Ultimately, do the varied parts add up to an intelligible sum? Is such a thing even possible?

By making us see the dignity of people reckoning with grief and guilt, The Report unveils verities no government body can ever deliver. "Surviving some disasters," as Tilly's mother thinks to herself, "you don't get to be happy again. You simply change, and then you decide if you can live with the change." This is the heart of Kane's fictional inquiry, one exalting the power and perhaps necessity of literature to make sense of the truth.

At the town hall Bertram was given the job of documenting the dead, recording what was in their pockets, and returning the items to the families. The mayor and deputy mayor, senior clerks and wardens -- even some of the more capable members of the Home Guard -- were all preoccupied with petitions from the borough council, the Regional Commissioners, the London City Council, the Ministry of Civil Defense, and the Ministry of Information. Even the Ministry of Food was concerned, about the victory gardens and window boxes that might now lie fallow if the number of dead proved to be as high as was thought. A campaign to sustain the gardening effort was suggested, with "Save the Green in Bethnal Green" proposed as a motto. Mr. Wycomb, senior clerk -- a friendly man who blinked and swallowed frequently, sending his Adam's apple up and down -- guffawed.

"Someone's got us confused with the West End, mate," he said.

There were also the editors and reporters, borough engineers, city engineers -- all concerned with matters more critical than the contents of pockets. What had gone wrong? What could be done to prevent it from happening again? Would there be a public or a private inquiry? These questions were compelling because still unclear.

The dead, however, were clear enough. They needed to be counted and identified; their personal items, returned. Mr. Wycomb put his hand on Bertram's shoulder and handed him a notebook.

Bertram's expression must have worried him. "Whatever you want, Bert. It isn't going to be easy."

"All over, I'm afraid. You might start at the hospital. Best I can tell, some are there and some are at the morgue. The maternity ward got a few of the women and children, apparently."

"And Regional Commissioners want to know what's in their pockets?"

"That's right. And bags and purses. You know. Whatever they were carrying."

"But what do they expect to find?"

Wycomb rubbed his eyes. "Who knows."

Bertram took the notebook. "Do I have to use this?" The cover was green, reminding him of the girl's shoes that night. That the job had fallen to him seemed preordained.

"Of course not. I was just trying to get you started. Do whatever you like. Maybe they want incriminating evidence. Maybe it's an assignment from those eavesdroppers, Ministry of Information. Maybe they just want to return the belongings to the families, 'who have already lost so much'" -- he parodied Herbert Morrison. "I'm sure that's what we'll read in the papers. Can Clare go with you?"

But when Bertram asked the next morning, Clare said she couldn't. She had an assignment from Mass Observation, for whom she volunteered.

"They're sending me into Stepney. They want to know what the Jews are saying about the accident." She was making him breakfast, and when she saw his face, she helped him gather what he'd need and pack his bag. She even walked with him part of the way to the hospital. "Are you all right?" she asked.

He nodded, but they both knew it was a lie.

"Bring everything home tonight, and I'll help you sort through it."

She kissed his forehead. "I'll help you tonight."

Alone, Clare's kiss drying on his skin, Bertram could think of nothing but the accident, how he'd been sitting in the park, watching the poplar leaves across the water. Then what? He couldn't recall, exactly. Did he walk or run? Speak or scream? He did remember the feeling of his hands on someone's back, someone else's hands on him. He'd heard a siren, a child's cry, everything enfeebled by the wind that came up suddenly around them. A shop awning flapped white above the crowd. He remembered thinking that he'd never seen so many people on the Roman Road, all converging on the shelter, streaming out of shops, climbing out of buses. The night was clear -- he remembered that -- but the pavement damp, amplifying the slap and grind of so many people rushing. The crowd had grown thick fast. The faces Bertram remembered were confused but not frightened. Most people were moving quickly, not talking, he thought, except for one man deep in his pints, belting out the national anthem as he ran.

And when was that? How close had Bertram been to the entrance then?

In front of the hospital gates, Bertram could smell a coal fire and damp earth, two seasons in the air on the same day. A gentle rain fell over the street, the raindrops steady enough to set the leaves all around to nodding. He tried to see it as encouragement, but it looked more like shock. He adjusted his umbrella, then crossed the street for the café next to the boarded-up Red Lion.

The shopkeeper asked how he was feeling; did he need a roll with his tea?

He shook his head.

"Are you sure? I've some left over from yesterday."

He took the roll -- it seemed easier than refusing again -- then sat by the curtained window and watched the street through the large holes of cheap lace. He saw a boy of eight or nine walking with his mother. They were making slow progress, and it wasn't until they were closer that Bertram realized it was because the boy's eyes were closed. He seemed to be trying to impress his mother with his intimate knowledge of the street, naming every place as they passed with his eyes tightly closed. In front of the bombed sites, he would throw his arms up and make noises with his mouth. She remained unperturbed. Bertram saw her pause only once, when she pulled her hand out of the boy's to brush something from her cheek. Her boy's eyes popped open then, and he waited.

Tea and roll were indistinguishable (both tasted vaguely of potatoes), but Bertram began to feel better with something in his stomach. When he left, the shopkeeper called after him. "There now. I thought you were hungry!"

People want to take care of each other, he thought. Until they can't.

And when had that been? How close was he to the entrance then? His fear, what he didn't want to tell Clare, was that he might have been pushing on a dead man. How could he know? Where had the boundary been? 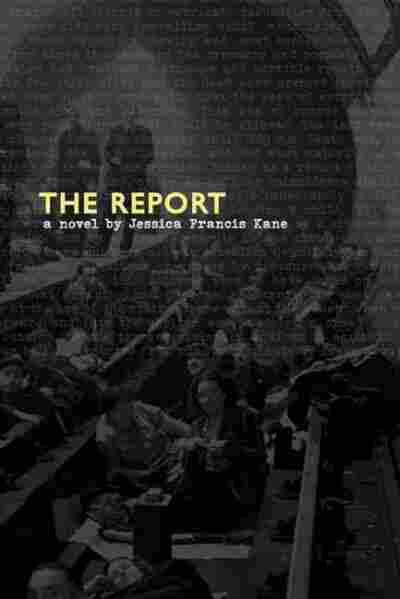