Accessibility links
New College Teaches Young American Muslims Late last month, the 15 students who comprise Zaytuna College's inaugural class settled in to their first day in a classroom near the University of California, Berkeley. For these students, this is a chance to study with top Islamic scholars. For the school's founders, it's a chance to hone a new image for American Islam. 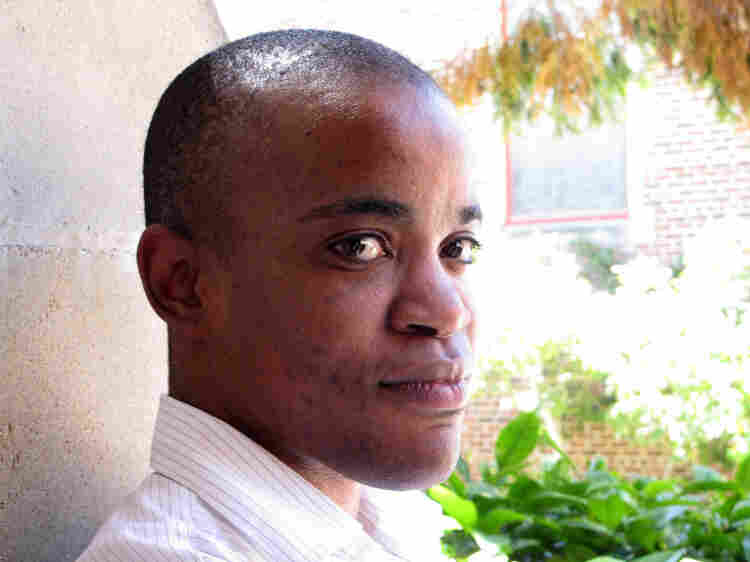 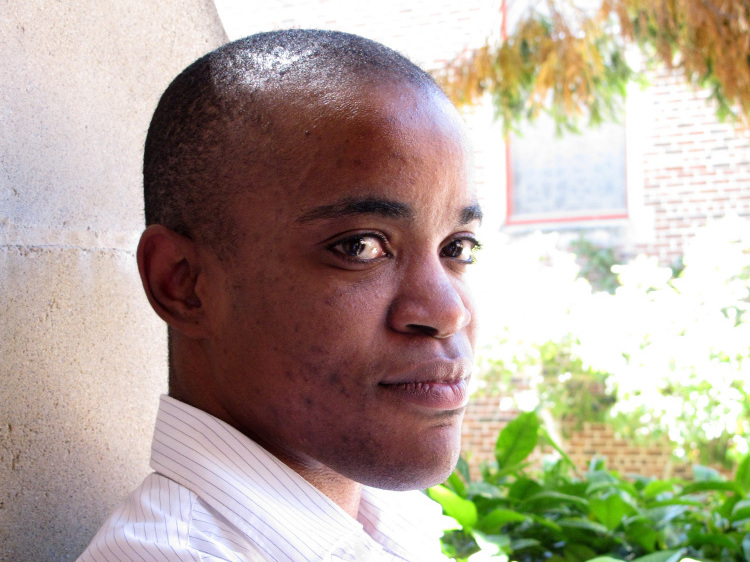 Jamye Ford graduated from Columbia University with a history degree before enrolling at Zaytuna College, where he currently studies Arabic.

I don't know what I expected to find when I arrived at Zaytuna College in Berkeley, Calif., the country's brand new Muslim liberal arts college. Women in headscarves? Yes, for the most part. Men with heavy beards? No. A lot of prayer and fasting, since it's Ramadan? Absolutely.

What I didn't expect was 32-year-old Jamye Ford.

"I grew up as an AME, African Methodist Episcopal, in a very religious Southern family," Ford says in the campus quad. "I went to church every Sunday for hours at a time, I went to Bible study, did all of those things. And from a young age, I had curiosity about religion in general and other religions."

Ford bought a Quran at a secondhand bookstore when he was 9 and memorized a few sura, or passages, which he always remembered. He entered Columbia University at 18 and graduated with a degree in history. But he was drawn to the poetry of the Quran, and this summer, he began studying Arabic at Zaytuna.

"That was my first opportunity to be in a Muslim environment, and within a short time, a week, two weeks, I felt changed by that experience," he says.

Ford converted to Islam seven weeks ago and enrolled at Zaytuna College to cultivate his newfound faith. Is he concerned that the college is still unaccredited or that he might be making himself a target at a time when some people are furious over a proposed Islamic center in New York City?

"I think I'm looking forward to this more than I looked forward to going to Columbia, honestly," he says.

Fifteen students settled themselves in a classroom rented from an American Baptist seminary building near the University of California, Berkeley's campus on Aug. 23. The six men and nine women comprise Zaytuna College's inaugural class. For these students, this is their chance to study their faith with America's top Islamic scholars. For the college's founders, it's a chance to hone a new image for American Islam.

Indeed, the class looks like America's Islamic population, writ small: The largest group here is African-American. There are a few students from Middle Eastern and South Asian families, and a couple of Caucasians. All are U.S. citizens, coming from Cleveland; Denver; Brooklyn, N.Y.; and Cape Canaveral, Fla., and there's not a foreign accent among them. 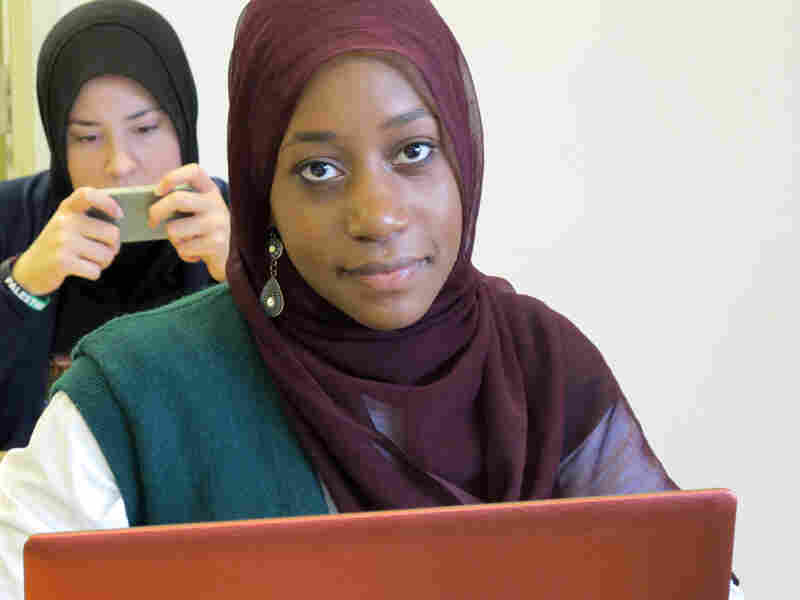 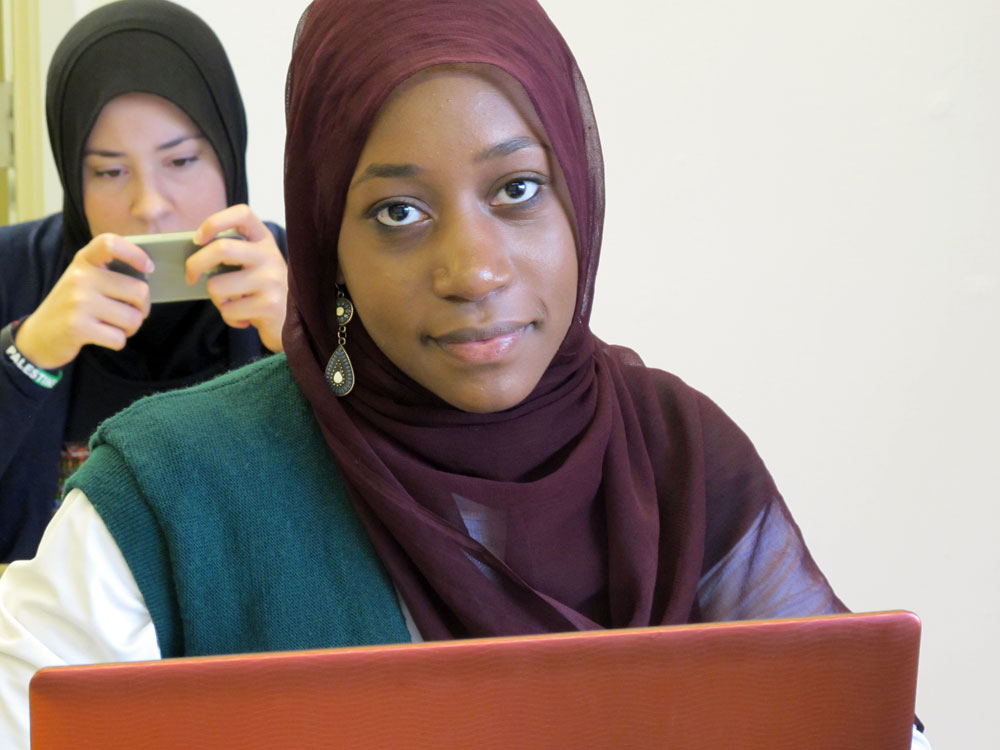 Zaytuna College student Faatimah Knight turned down seven other colleges, including the University of Chicago, Smith and Bard.

The room falls silent as Imam Zaid Shakir strides into the room. He's a tall, lanky African-American and a founder of the college. The students sit rapt as he tells them that they are "pioneers," charting the future course of American Islam -- which is not for the faint of heart.

"Literally, the whole world is looking at you," he says, as he paces in front of the room. "The whole world is listening to you. You will be put under a microscope by a lot of people, and you will have to perform."

Later, I ask student Faatimah Knight why she would come to this unaccredited Muslim college. Knight, who grew up in Brooklyn and whose parents converted to Islam, turned down seven other colleges, including the University of Chicago, Smith and Bard.

"Zaytuna is really the only place I thought would benefit me," she says, "not just in terms of book smarts and knowledge I would gain there, but also in terms of my own character and developing myself as a person, which I'm pretty confident I couldn't get anywhere else."

Catholics have Notre Dame, Jews have Yeshiva University and Evangelicals have Wheaton College -- but until now, Muslim Americans didn't have their own liberal arts college. And then there's the appeal of the two founders, Imam Shakir and Sheik Hamza Yusuf, who are celebrities by preaching an Islam that resonates with young Americans.

"They're better than rock stars," Knight says, laughing, "because they're real people with real morals that you should actually look up to and admire. They're like the best of us."

Knight says that "thousands, maybe millions" of teenagers around the world follow Shakir and Yusuf on YouTube, and their live speeches fill college auditoriums. Her age group relates to these two men -- who were born in the U.S. and converted to Islam -- much more than to, say, a cleric from Saudi Arabia.

"We want our American Muslim scholars because we're Americans and we're Muslims, and that's how we identify ourselves," she says. "We want to learn from people who look like us, talk like us, think like us, eat like us. It's only natural -- it's just human."

And increasingly, American Islam looks and sounds, well, American. A third of all Muslims in the U.S. were born here, and half a million of them are converts like Jamye Ford. Ford says that as he thought about changing religions, he realized he needed to overcome a philosophical hurdle, especially challenging right now.

"So often, the way the idea is portrayed is there's a dichotomy: There's being American and there's being Muslim, and these two must necessarily be at odds with one another," he says. "And it was clear to me that these two things don't have to exist separately."

The idea that their faith can be woven into an American lifestyle rather than skew it plays out in several ways at Zaytuna. Yes, most of the women wear headscarves, but that's a choice; there is no dress code. Men and women sit next to each other in class, they chat easily and share meals when they break their fast -- things that would never happen in an Islamic school overseas.

'Grin And Bear It'

Yusuf says Zaytuna has a deeper motive than just making the students feel at home. He wants to tease apart the religion of Islam from the customs and ideas of the Middle East. He's learned this from personal experience. He says that during his 10 years studying abroad, he imbibed ideas that had nothing to do with Islam, such as anger at U.S. foreign policy.

"This idea of not liking my country, the people I come from, became problematic for me, so I had that internal struggle in my own evolution. And I think that's happened to many young converts who have gone overseas."

Consider Jose Padilla and John Walker Lindh, Americans who learned their religion under al-Qaida and the Taliban, and are now in federal prison. Yusuf says that people with shallow theology and literal interpretations of scripture -- of all types -- can become extremists, and he argues that having an American Islamic school is a hedge against violent Islam.

Yusuf knows some might disagree, with people threatening to burn the Quran, and others, such as Newt Gingrich, equating Muslims with terrorists and Nazis. He's bracing for some pushback, but he's not worried.

"Anybody who does even a superficial survey of who we are will, I think, recognize pretty quickly that we're not radical terrorists, fundamentalists, whatever," he says.

Still, some students are a little jittery. 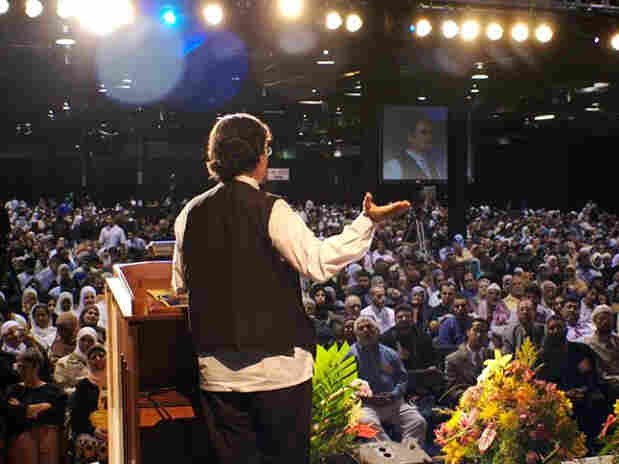 Sheik Hamza Yusuf is considered a rock star by young Muslims in the U.S. and around the world. Courtesy of Zaytuna College hide caption 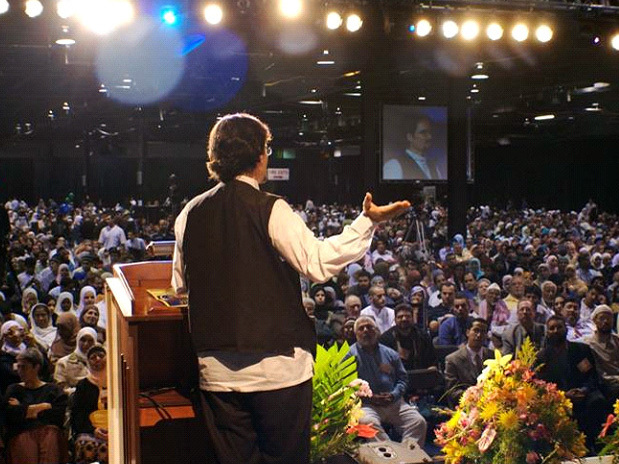 Sheik Hamza Yusuf is considered a rock star by young Muslims in the U.S. and around the world.

"You know, you can feel people's hatred," says Faatimah Knight. "It's palpable."

"It kind of makes you nervous," says another student, Adnan Alam, whose family comes from Pakistan. "You don't want to do something that is going to going to cause people to think, 'Wow, these guys are crazy.' The magnifying glass is so large right now. Anything can be misconstrued."

For the 15 students in the class of 2014, the opening convocation was a grand ceremony. The speakers spoke of new beginnings but warned about the hostility these students will likely face.

Knight says she knows they have a big responsibility.

"That's OK, we'll just have to grin and bear it," she says. "There's going to be a lot of great times and a lot of very difficult times, but we're making history, so we understand that."

The students here say that when they graduate, they hope to be teachers, business owners, public servants. Ford says that when he looks at his classmates, he sees the next generation of Muslim leaders.

"To imagine that down the road these people will be the next imams, the next sheiks, the next senators, the next president -- it's awe-inspiring," he says.

That's Zaytuna's hope, at least -- a big hope for a tiny college, especially in a country now conflicted over how to treat its Muslim minority.

The audio and an earlier Web version of this story contained some incorrect information. Jamye Ford had told NPR that he was 24 years old, entered Columbia University at 16 and graduated with a double major in neuroscience and history. NPR has since learned that Ford is actually 32 years old, entered Columbia at 18 and graduated with a degree in history.