Accessibility links
Mental Stimulation Postpones, Then Speeds Dementia Keeping an active mind helps stave off the development of dementia. But being mentally active might speed up Alzheimer's once it hits, according to new research from Chicago's Rush University Medical Center.

When it comes to staving off dementia, new evidence suggests that the "use it or lose it" dictum holds true -- at least for a while. But it also appears that mentally stimulating lifestyles may speed up dementia once it hits in old age.

"We do think that a cognitively active lifestyle is protective up to some point," says Robert Wilson, a professor of neurological sciences at Rush University Medical Center in Chicago. 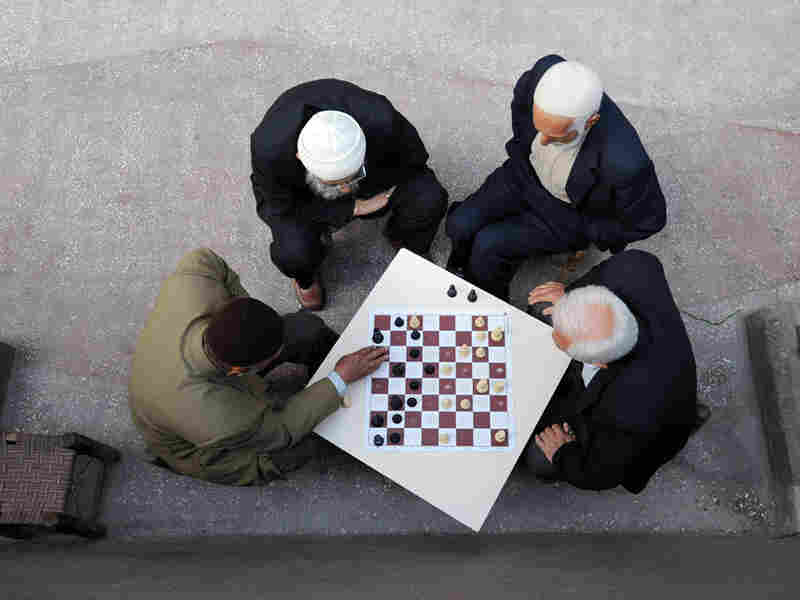 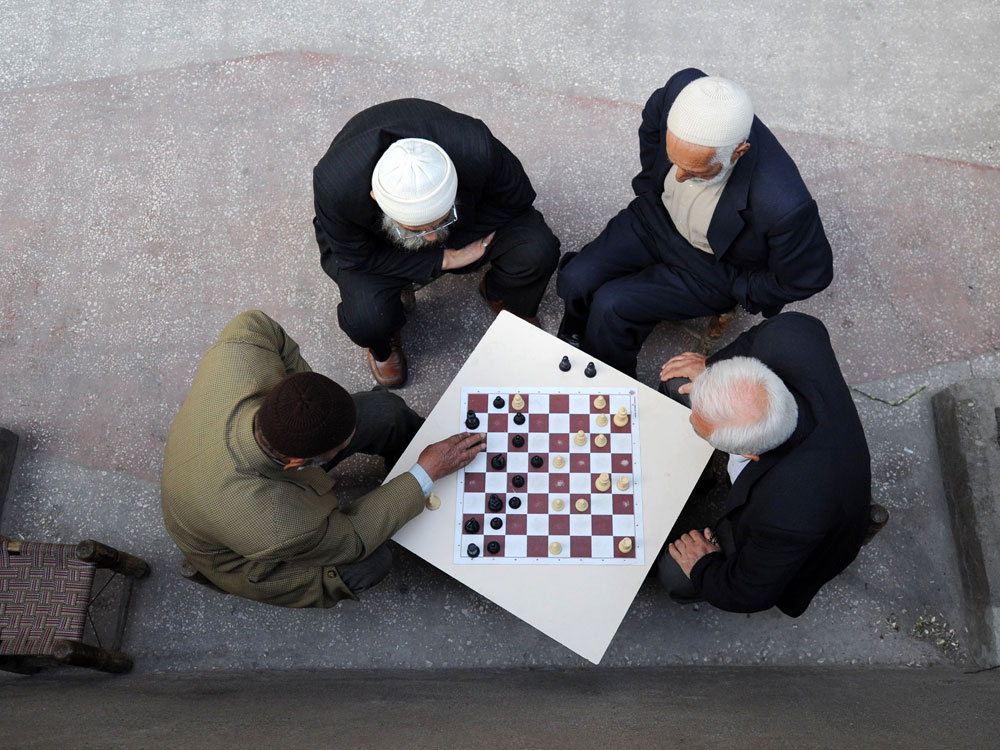 Keeping an active mind by doing things like playing chess helps stave off the development of dementia.

But the protection doesn't hold up indefinitely.

Wilson and his colleagues recruited 1,157 people age 65 and older from the Chicago area. When the study began, none of the seniors had dementia. During face-to-face interviews, each was asked how often he or she participated in stimulating activities. "Things such as reading a newspaper, listening to the radio, going to a museum, or playing a board game such as chess or checkers," Wilson says. Then they gave each person a score on a cognitive activity scale. The more frequently people engaged in stimulating activities, the higher their score.

"Someone who's brilliant and engages in a lot of activities might reduce their risk of Alzheimer's disease for a while," says Yaakov Stern, professor of clinical neuropsychology at Columbia University.

His theory is that mentally engaged people build up a "cognitive reserve" that may help them compensate when the initial brain changes associated with dementia and Alzheimer's begin to develop.

"One simple idea is that perhaps they have more flexibility in how they approach tasks," Stern says. So, if the disease begins to disrupt or damage one network in the brain, they may be able to engage alternative networks in the brain to solve problems or do tasks.

So for those who are mentally engaged, it may take many more years for the symptoms of the disease to appear. But once they do, the course of the disease seems to speed up. Researchers say there's a bit of a silver lining here: knowing that the disease will likely progress more quickly.

"We think this is very good news," Wilson says. "It suggests that cognitive activity extends your period of cognitive independence as long as it possibly can."

And it will likely shorten the battle at the end of life. This means Alzheimer's patients may be less of a burden to caregivers and loved ones.