Accessibility links
Wind Power Wanes With Fading Federal Incentives Wind power, one of the largest segments of the renewable energy market, will experience a sharp decline in growth this year. The slowdown comes as a surprise because the stimulus bill included $43 billion for energy projects -- a big boost for renewable forms of electricity. 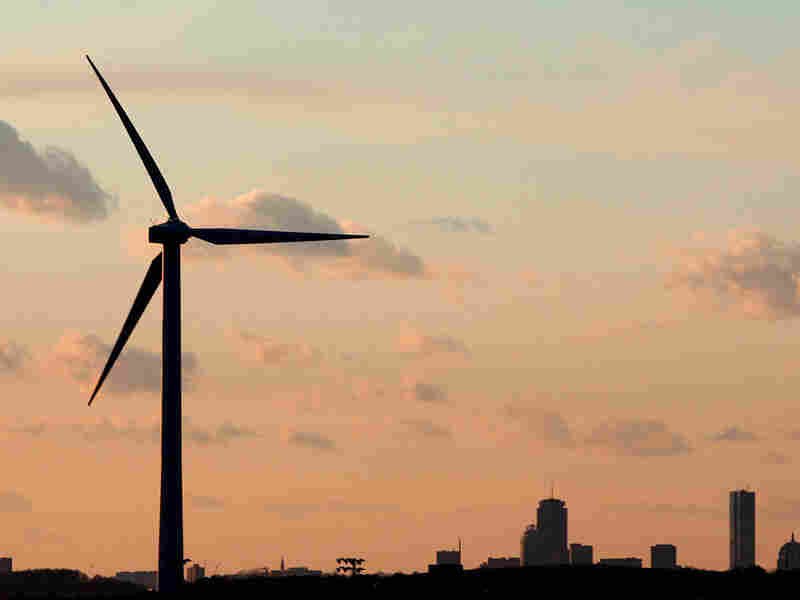 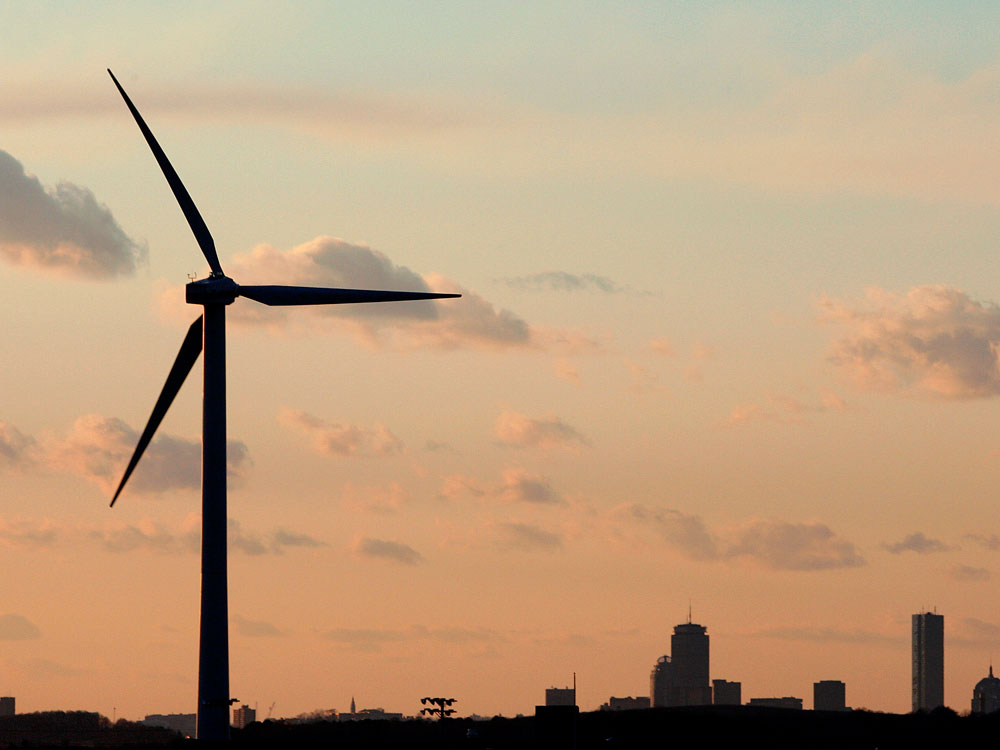 A wind turbine, generating power near Boston in 2006.

Wind power, one of the largest segments of the renewable energy market, will experience a sharp decline in growth this year.

The slowdown comes as a surprise because the stimulus bill, which President Obama signed into law 18 months ago, included a big boost for renewable forms of electricity in the form of $43 billion for energy projects.

Last year, 10,000 megawatts of wind power were brought online in the United States — that's enough to power nearly 300,000 homes. In 2010, the U.S. Energy Information Administration estimates, that number will be 57 percent lower. It will be the first time in six years that the growth rate of the wind industry will actually decline.

Audio Slideshow: Despite loan guarantees in the Recovery Act, Clipper Windpower’s plant in Cedar Rapids, Iowa, laid off workers in 2009 as turbine orders were pushed back.

There are several reasons for this, but probably the biggest factor has to do with government incentives. The wind industry typically rises and falls with the passing and expiration of federal tax credits.

Depending On Federal Subsidies

Wind projects are expensive to build, so developers have depended on federal subsidies that encourage investment in renewable energy.

When the credit markets dried up in 2008, so did the money for new projects. The White House and Congress threw the industry a lifeline with the stimulus package in the form of investment tax credits.

Right now, if you build a wind project, the government will, essentially, cut you a check for 30 percent of the cost. But that incentive is running out of rope and scheduled to expire at the end of 2010. That deadline prompted a lot of activity last year.

"Everybody moved their projects forward into 2009 to take advantage of it," says George Sterzinger, executive director of the Renewable Energy Policy Project. But now, he says, some developers are waiting to see if the credit will be extended.

And with natural gas relatively cheap now, some utilities are choosing to build gas power plants rather than wind farms.

In response, the wind industry says it needs a federal mandate -- a law that would tell those utilities they have to buy more renewable forms of energy.

"We're kind of stuck without that long-term policy in place that sends the signals to the utilities that they need to purchase wind as part of a diversified portfolio," says Denise Bode, CEO of the American Wind Energy Association.

Obama has said he supports a renewable energy mandate. Getting it passed this fall is one of the wind industry's priorities as lawmakers return to Capitol Hill.

The wind industry is still growing this year, just not as fast as last year, or the year before that.

"We are well on our way to doubling U.S. renewable generation capacity in the U.S., which is what the president had committed to," says Matt Rogers, a senior adviser for Recovery Act implementation at the Department of Energy.

The question now is whether that pace can be maintained. Rogers says it would help to have more certainty when it comes to tax policy and other incentives. That would give investors and wind energy developers the information they need to make long-term plans instead of waiting around for the next government lifeline.