Accessibility links
In Young Kids, Lack Of Sleep Linked To Obesity Later Infants and preschoolers who don't get enough nighttime sleep have higher odds of being obese as they grow up. And napping isn't a substitute. Over the past three decades, obesity rates have doubled among children age 2 to 5, and tripled among 6- to 11-year-olds. 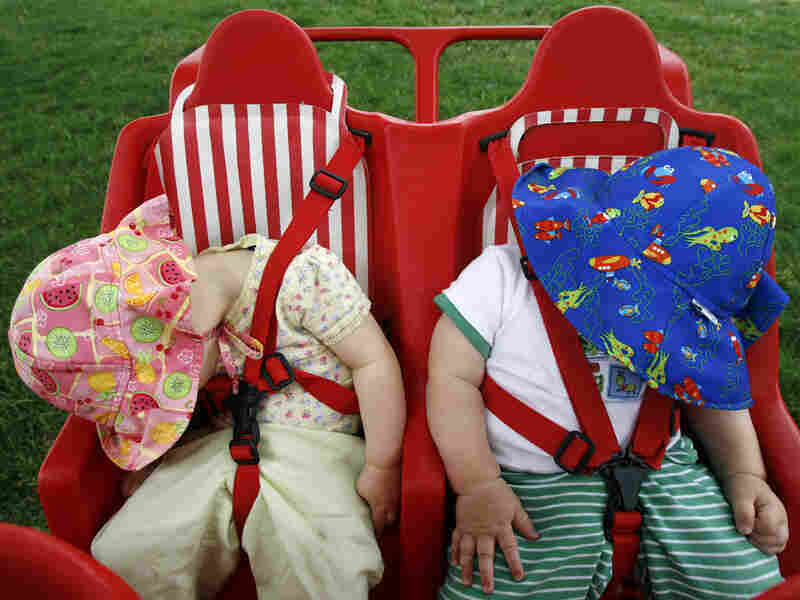 Making up sleep during the day didn't reduce the risk that kids in the study would gain weight. Jacquelyn Martin/AP hide caption 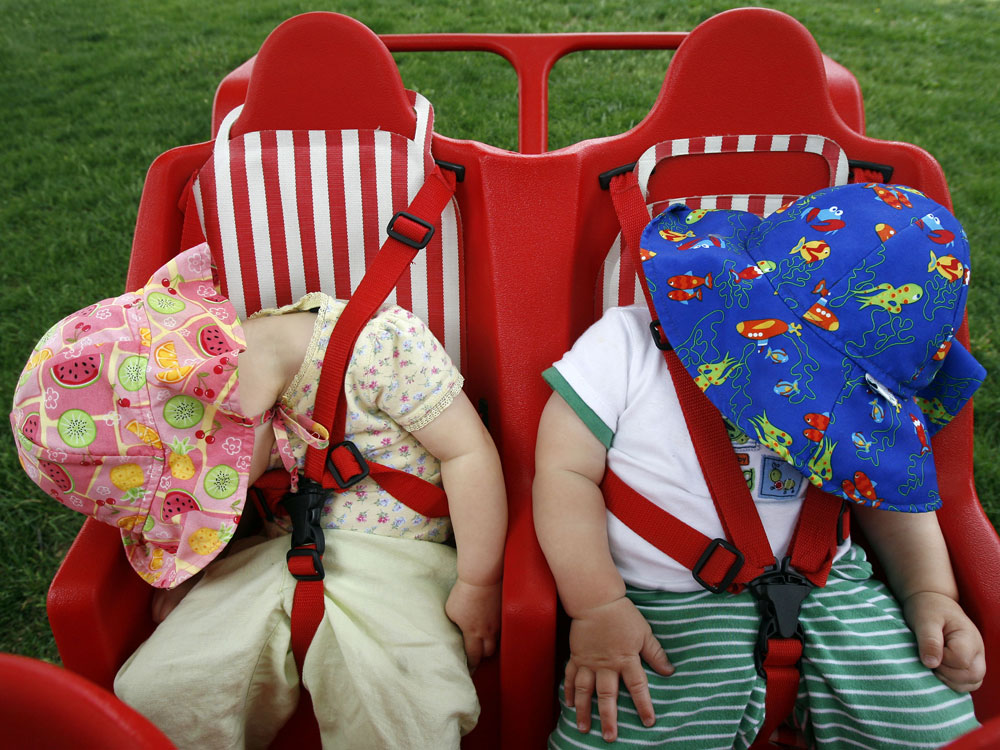 Making up sleep during the day didn't reduce the risk that kids in the study would gain weight.

Can you sleep away pounds? Well, not exactly, but research has shown that people who sleep a good eight hours-plus are more likely to maintain a normal weight than those who sleep less than eight hours a night. Now, a new study finds that even for infants and preschoolers, a good, long night's sleep may be just as important as diet and physical activity.

Over the past three decades, obesity rates have doubled among children age 2 to 5, and tripled among 6- to 11-year-olds. So University of Washington maternal and child health researcher Janice Bell wanted to know whether sleep had anything to do with it.

She looked at federal data collected on nearly 2,000 children and compared those who slept 10 hours or more a night with those who slept less. She also looked at how much the children weighed over a five-year period. The most striking findings had to do with infants and toddlers. The study appears in the Archives of Pediatrics and Adolescent Medicine.

"They were nearly twice as likely to move from normal weight to overweight, or overweight to obese in that five-year period," she says.

Can't Catch Up With Naps

This is also an important message to parents, Bell says, to encourage them to help their children get on routine schedules of a long and solid night's sleep. Especially, she says, because it turned out that napping during the day did not reduce the risk that these kids would gain weight.

What You Eat Shapes The Germs In Your Guts Aug. 3, 2010
Too Much Weight For Mom During Pregnancy Raises Obesity Risk For Baby Aug. 5, 2010
Some Teens Who Sleep Less Gain More Weight May 4, 2010

Psychiatrist Emmanuel Mignot, who directs the Center for Sleep Sciences at Stanford University School of Medicine, suggests that one reason naps may not work is because daytime sleep is qualitatively different than nighttime sleep. Mignot says that sleeping at night is deeper and therefore more restorative than sleeping during the day. It makes sense, he says, that one can't "make up" for lost sleep by dozing during the day or even having scheduled naps as toddlers often do.

Bell's study didn't examine the reasons why children who sleep less have an increased risk of gaining weight within just a few years, but she does have some theories.

"It may be that children who don't sleep enough at night are too tired to engage in the kind of physical activity that may prevent obesity," Bell says. She adds that another reason may be the result of the relationships between hormones that control appetite and sleep.

Mignot says that studies done in his sleep lab found that if you sleep less, certain hormones like leptin and ghrelin change in a way that stimulates appetite. Leptin, which is a starvation signal, decreases and gives you the feeling that you should eat more. At the same time, levels of ghrelin, which stimulate the appetite, increase.

It's an unfortunate combination adding up to an increased risk of weight gain. Mignot's studies were done in adults, but he says a similar hormonal shift likely takes place in children as well. This hormonal shift also increases cravings for unhealthy foods like those high in salt, sugar and fat.

On average, Mignot says children up to age 5 need at least 10 hours of sleep a night. Infants and young toddlers, of course, need even more.