Accessibility links
Joaquin Phoenix, 'Still Here' (But Not All There?) Despite the dominance of reality shows on television, it's become harder and harder to tell what's actually real and what's been augmented, massaged or just plain made up. Casey Affleck's new film, said to be a documentary about an actor in full flame-out, is only going to add fuel to that fire. 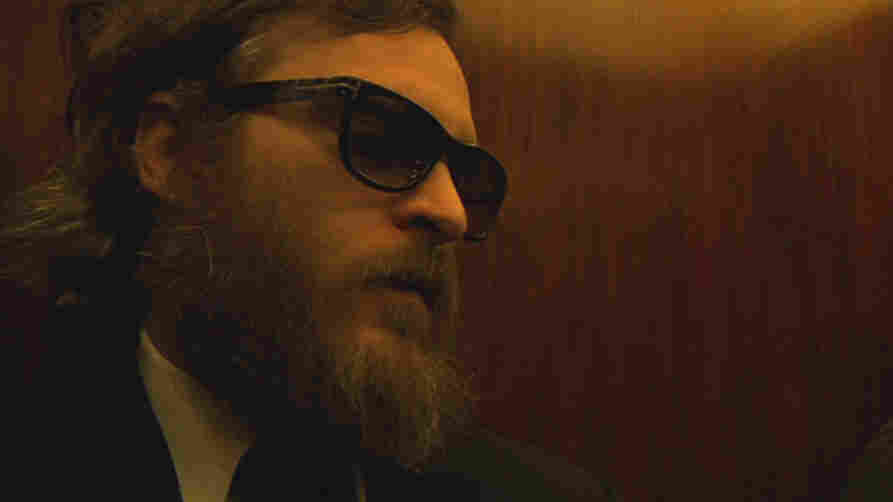 Caught In The Act? Joaquin Phoenix may have been crazy as a bedbug during the filming of I'm Still Here, said to be a documentary of a dark year in his life. On the other hand, the two-time Oscar nominee may have been crazy like a fox. Magnolia Pictures hide caption

'Do the Snow Angel!'

Despite the dominance of reality shows on television, it's become harder and harder to tell what's actually real and what's been augmented, massaged or just plain made up. I'm Still Here is going to add fuel to that fire.

It's being presented as a documentary, a behind-the-scenes look at a tumultuous year in the life of actor Joaquin Phoenix. It was a time when the two-time Oscar nominee insisted he was leaving acting to begin a career in rap music. The film recaps his famous meltdown on the David Letterman show. It also has him seeking advice from celebrated music producer Sean Combs.

The overweight, slovenly, seemingly stoned actor we see is very much a man in crisis. His life would be a sad and horrifying cautionary tale if all this were true. The question is, is it?

I'm Still Here is persuasive, but by the time it was over I felt I'd been watching a very clever and convincing hoax. It works because it plays adroitly to our preconceptions about behind-the-scenes star behavior. The drug use, the sexual escapades, the assistants who enable, the all-around bad behavior -- they could conceivably be true. But the film stacks them too neatly in a row;  they come too close to confirming every cliched prejudice to be totally credible. 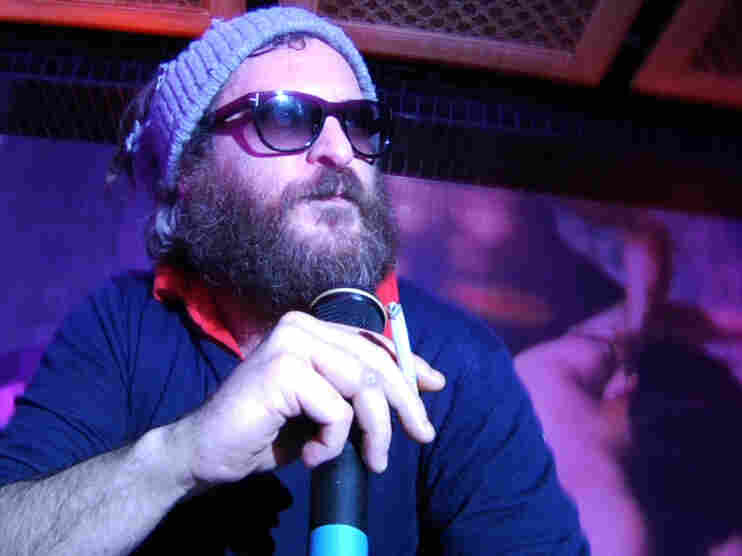 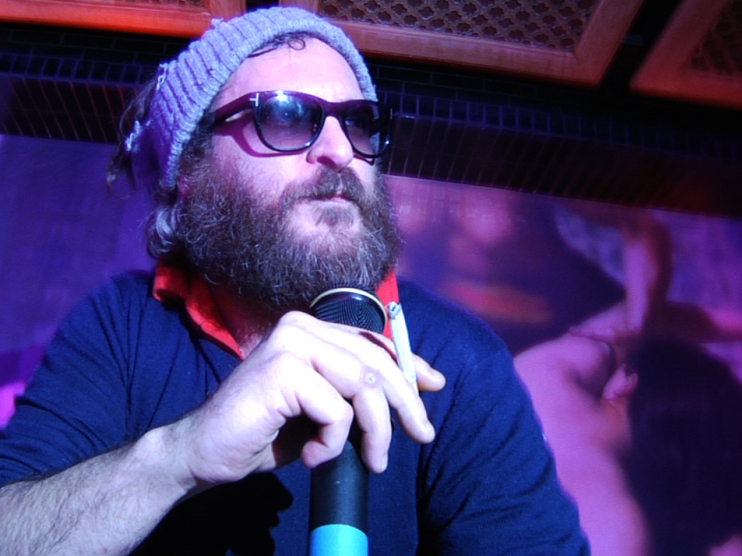 Shaggy, Do: I'm Still Here chronicles, among other things, Phoenix's attempt at a hip-hop career.

I'm Still Here is directed by Casey Affleck, who's also Phoenix's brother-in-law, and it's possible that the star, genuinely interested in taking some time away from the movies, saw an opportunity to pull off what he envisioned as a performance piece that would last for months. Phoenix and Affleck could also be trying to have some fun and games at the expense of the voracious celebrity-media industry: How better to metaphorically stick a finger in the eye of the media than entice them to feast on bogus celebrity misadventures? If this is what you want to see, guys, knock yourselves out.

Yet fake or not, I'm Still Here is no fun to watch. Filming someone having a mental breakdown is embarrassing and exploitative at best, and the notion that Affleck would take advantage of his own brother-in-law this way doesn't hold water.