Accessibility links
Fresh Air Remembers Comedian Robert Schimmel The 60-year-old comedian, who often joked about his own life in his raunchy stand-up routines, died Friday from injuries suffered in a car accident. Fresh Air remembers Schimmel with highlights from a 2008 interview in which he discusses his memoir Cancer On $5 A Day. 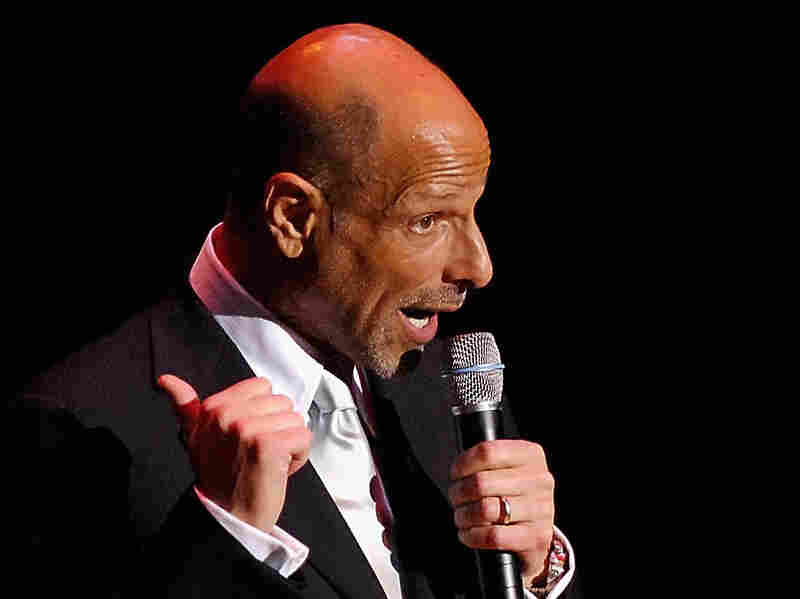 Robert Schimmel performs during the 2007 South Beach Comedy Festival at the Lincoln Theatre in Miami Beach, Fla. The comedian died Friday at the age of 60. Gustavo Caballero/Getty Images hide caption 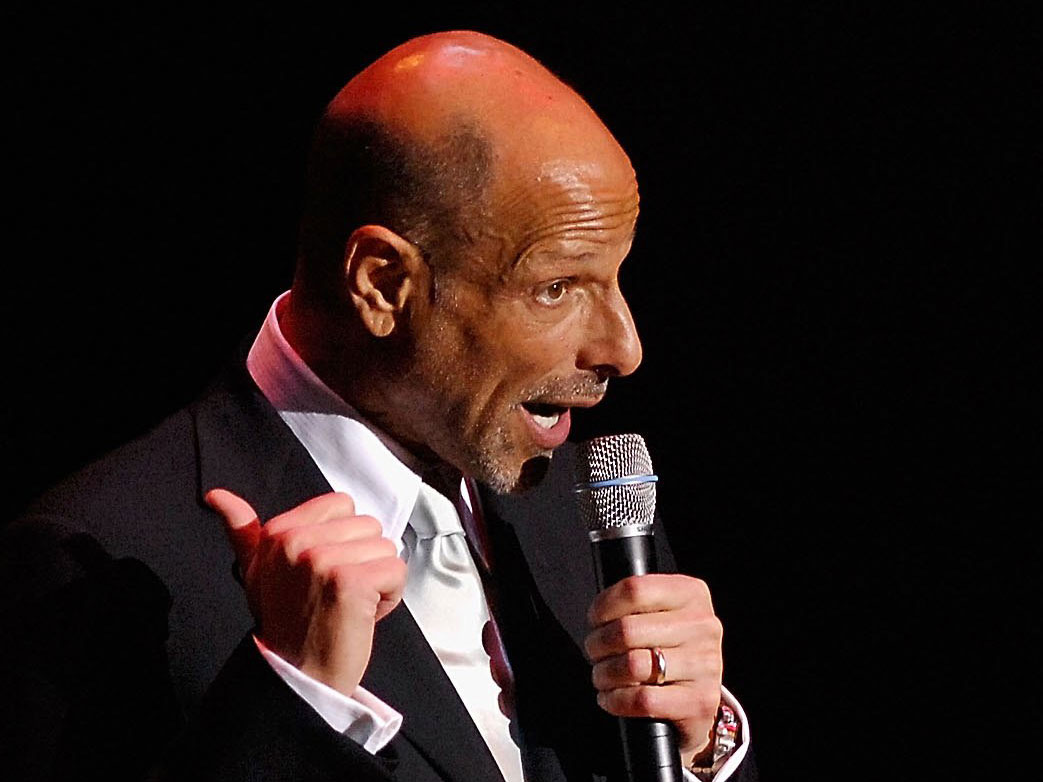 Robert Schimmel performs during the 2007 South Beach Comedy Festival at the Lincoln Theatre in Miami Beach, Fla. The comedian died Friday at the age of 60.

Portions of this interview were originally broadcast on March 12, 2008

Comedian Robert Schimmel, who was known for his self-deprecating, sexually explicit stand-up act and for his frequent appearances on Howard Stern's radio shows, died Friday from injuries suffered in a car accident. He was 60 years old.

Schimmel's comedy was dark and raunchy and often based on the minutiae of everyday life. But his straight-shooting stand-up often touched on provocative moments, too: when he married and divorced the same woman three times and when he was diagnosed with cancer -- the illness that killed his sitcom and then threatened to kill him.

After entering remission, Schimmel wrote the memoir Cancer on $5 a Day: How Humor Got Me Through the Toughest Journey of My Life , about the insights he gained after his diagnosis and how he was able to find humor in his failing body. He joined Terry Gross in March 2008 and described how he viewed the cancer cells invading his lymphatic tissue.

"It's like Robert Schimmel the person -- whoever's in my head -- that part doesn't have cancer," he said. "And it's like I'm trapped in a body that's betraying me. And I don't feel sick in my head, you know. You don't feel like you're dying. You don't even look bad when you have cancer. It's the treatment that makes you look bad, and it feels like my body's the Titanic and it's going down, and I'm the captain of the ship and it's going to take me down with it. You can't switch to another body."

Schimmel was named one of Comedy Central's 100 Greatest Comics and appeared regularly on the Conan O'Brien and Howard Stern shows. He is survived by his father, a sister, a brother and five children (a sixth child died of cancer at age 3.)

On receiving his diagnosis

"I was in the oncologist's office with my parents and my wife, and he said, 'There's Hodgkin's disease and non-Hodgkin's lymphoma, and you have non-Hodgkin's.' And I said, 'You know, that's just my luck. I got the one that's not named after the guy.' And he laughed, and he said, 'You're going to be OK.' And I said, 'How do you know?' And he said, 'Because [of] your attitude ... you're who you are and you're finding humor.' And he said that's a healthy thing."

On smoking pot during chemotherapy to deal with the side effects

"Well, I had done it earlier in my life, but I was 50 years old and not Rodney Dangerfield, so I wasn't doing it then. But my mother and father were there in the doctor's office. And when he said, 'If you're open-minded, you might consider marijuana because it helps with the nausea and the appetite.' And it definitely does. ... But to hear a doctor at Mayo Clinic tell me that it's OK to smoke pot in front of my parents was almost worth the diagnosis. Because, you know, it was like, 'Wow, where were you 25 years ago? That's when I really needed you.' "

On losing his hair 'south of the border'

"You know, I was losing my hair anyway before chemotherapy. And so just jokingly I said to the guy, 'You got one [a hairpiece] for, you know, south of the border?' And the guy said, 'As a matter of fact, we do.' And I was shocked, and he was showing me pictures of them. And they basically -- it looked like a donut that somebody dropped on a barbershop floor. And they had different models. It wasn't just one. There's like "the executive," "the adventurer," "salt and pepper," "the surfer." And it was really the craziest thing that I ever bought in my life."

"He came in and said, 'How you doing?' And I said, 'Really bad, Dad.' And I said, 'If you really love me, you'll help me unhook the IV and get me to the window, and I want to jump.' And he said, 'How could you say something like that?' And I said, 'Because if I'm going to die, then I want to do it my way. And if I jump out the window, then I take the cancer with me and it dies the minute I hit the sidewalk.' And he said, 'I'll be back in a minute.' And he walked out and came back in with my son, Jacob, who was 2 years old then, and Aliyah, my daughter, who was 9 years old then, and said, 'Tell them what you just told me.' And I couldn't."

On watching his young son, Derek, die of cancer

"I had this unusual fear of death until I went through that with Derek. And it went away. And I am convinced that Derek and I are connected from another time, another place, and that he chose that path to go through what he went through because he knew that I had to watch him go through that for me to be able to do what I was going to have to do later on in my life."

On talking about his son's death on Howard Stern's show

"I told [Stern on-air] that the Make-A-Wish Foundation came to our house and they wanted to make a wish come true for my son, and I told them that his wish was to watch me have sex with Dolly Parton. And the Make-A-Wish people were pretty stunned. Derek, though, thought it was funny. My son almost fell out of his bed. And the lady, you know, I told this on the air. And Howard was screaming; and he said, 'You know what? You could be on for the rest of your life.' Because I actually had a comeback to something like that and it wasn't something negative.

And that's the way I choose to look at it. You know, I can be miserable. I mean, I have the ultimate trump card; I lost a child. I can fail at anything and use him for an excuse. And instead, it forces me to do the opposite. I will not exploit what he went through to elicit any kind of response from an audience. I will talk about him if I'm doing a charity event for cancer, otherwise he's not really a part of my stand-up act."