Accessibility links
A History Of The Purple Heart The first Purple Heart was created by Gen. George Washington in 1782 to recognized meritorious service in combat. But it quickly fell into disuse. Revived in 1932, the medal was changed into a recognition of combat injuries and deaths.

A History Of The Purple Heart

A History Of The Purple Heart

The Purple Heart is frequently described as the military's oldest medal. Gen. George Washington created it in 1782 to recognize meritorious service -- basically bravery in combat -- but it soon fell into disuse. In 1932, to mark the bicentennial of Washington's birth, Gen. Douglas MacArthur spearheaded an effort to revive the medal. It was designed to commemorate bravery, but also recognized soldiers with wounds.

Purple Hearts were initially awarded to recognized meritorious service, but during World War II, the medal was changed into a recognition of combat injuries and deaths. patries71/flickr hide caption

An individual soldier can apply for a Purple Heart, but more commonly, command superiors submit an awards package demonstrating that the soldier has met all criteria for the award. A superior officer can deny a Purple Heart, but such denials usually require review and then concurrence by a General-level officer. The process can differ by branch and by theater of operations.

Today, the military has awarded an estimated 1.7 million Purple Hearts to soldiers, sailors, Marines and airmen. Unlike other military awards, the Purple Heart is an entitlement -- it does not depend upon the recommendation of a superior officer. Instead, the military gives it to those troops that meet basic criteria. In general, the wound must have occurred during hostilities and it must have required treatment that was documented by a medical officer.

The exact number of Purple Hearts awarded is not tracked by The Pentagon, nor is the type of injury a soldier has suffered. Thus, it is not clear how many soldiers have received the Purple Heart for mild traumatic brain injuries, or how many applied but were denied. Soldiers who receive a denial must first appeal through their chain of command. Beyond that, a soldier can appeal through the Army Human Resources Command, and depending on the time of the injury, different boards may review an appeal before making a final decision. This process can take months, even years.

Below, a timeline of the Purple Heart through history.

Aug. 7, 1782: George Washington issues order to create the Badge of Military Merit to recognize meritorious action. Only a handful of soldiers are known to have received it.

Feb. 22, 1932: Gen. Douglas MacArthur revives the Purple Heart on the bicentennial of Washington’s birthday. The medal is primarily designed to recognize meritorious service. The Purple Heart is also given to soldiers wounded or killed in battle. MacArthur is given Purple Heart No. 1.

Aug. 2, 1943: John F. Kennedy was wounded in action that resulted in a Purple Heart. He is the only U.S. president to have received the honor.

Aug. 15, 1944: Maj. Gen. Robert T. Frederick is awarded his eighth Purple Heart.  That is believed to be the record for any soldier in a single conflict.

1950s: Controversy over award of Purple Heart for frostbite. Soldiers and sailors were not given the medal for frostbite, while aviators awarded it. Eventually, the military ruled out frostbite as an eligible injury

Feb. 23, 1984: Ronald Reagan signs an executive order allowing the Purple Heart to be issued for injuries suffered as a result of terrorism.

Dec. 20, 1989: A U.S. soldier suffers heat stroke during an invasion in Panama and is awarded Purple Heart. The outcry from veterans groups leads the Army to exclude heat stroke as eligible injury.

1996: Regulations are amended to allow prisoners of war to receive the Purple Heart.

May 2008: Brig. Gen. Joseph Caravalho issues a policy which suggests that "minimum medical treatment" is necessary to award the Purple Heart to soldiers with mild traumatic brain injury. Such language is not part of official Army regulations.

That same month, an Army psychologist suggests that the Purple Heart be awarded to soldiers suffering from post traumatic stress disorder, or PTSD. A Pentagon panel later nixes the idea, declaring that PTSD is a "secondary effect" to enemy action which wounds a soldier. 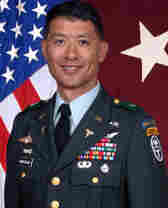 Jan. 2009: Recognize the Sacrifice, a website, is founded to help soldiers with mild traumatic brain injury apply for the Purple Heart.