Accessibility links
BP Report Blames Multiple Companies For Gulf Spill The oil giant's 193-page report says a sequence of failures led to the massive Gulf of Mexico spill that fouled waters and shorelines for months. The company's findings are far from the final word on possible causes of the explosion that sank the Deepwater Horizon drill rig. 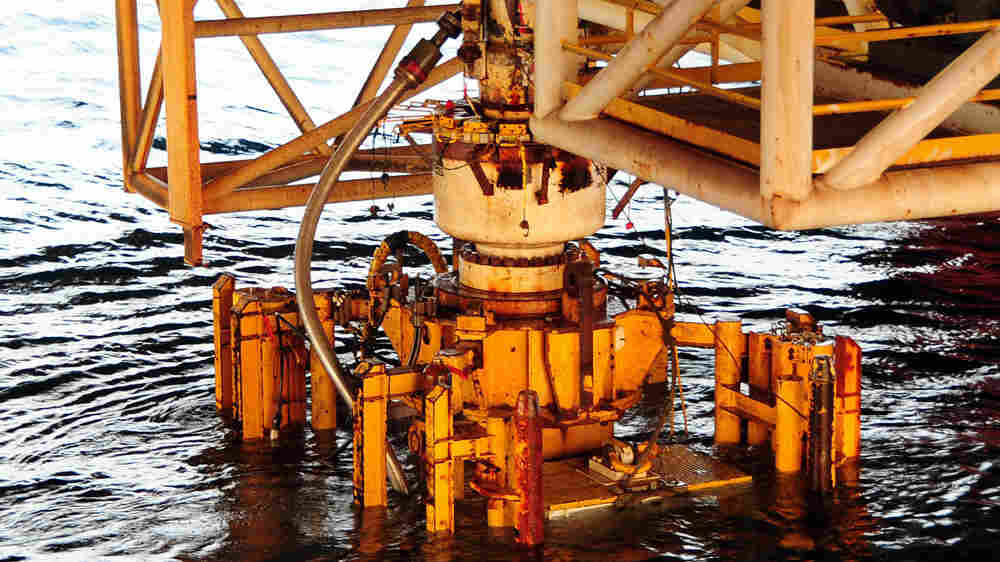 A key piece of evidence in the Deepwater Horizon investigation — the blowout preventer — was raised to the surface on Saturday and has yet to be closely examined. The failed mechanism, along with the well cap, was put on a vessel in the Gulf. Petty Officer 1st Class Thomas M. Blue/U.S. Coast Guard/Getty Images hide caption 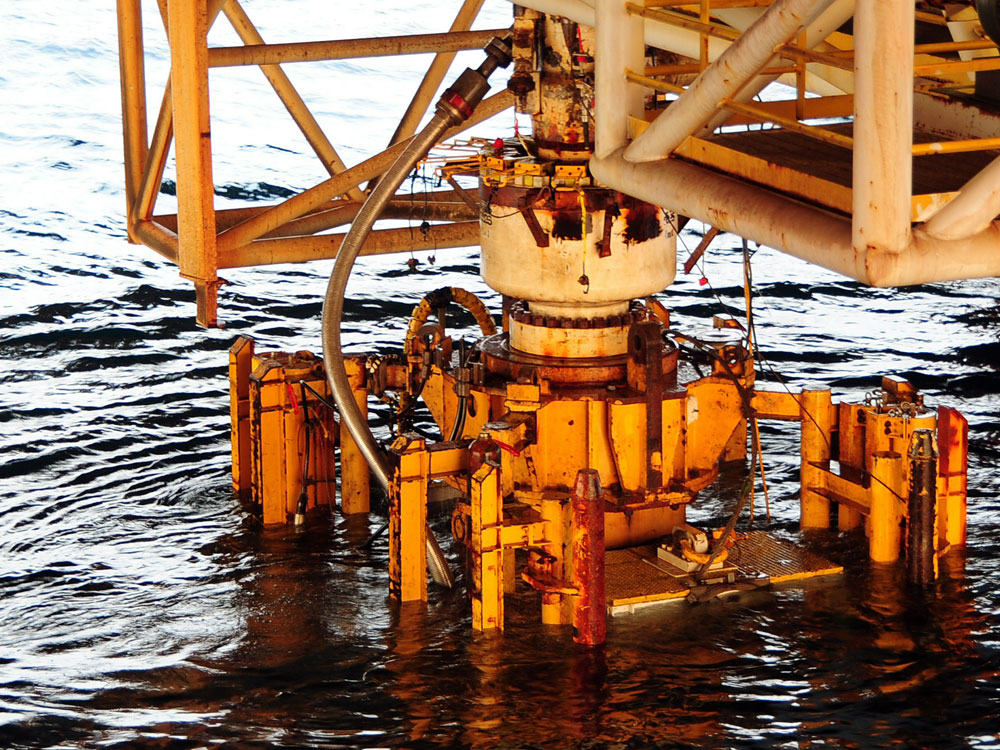 A key piece of evidence in the Deepwater Horizon investigation — the blowout preventer — was raised to the surface on Saturday and has yet to be closely examined. The failed mechanism, along with the well cap, was put on a vessel in the Gulf.

A new BP report concludes that "multiple companies and work teams" are to blame for the Gulf of Mexico rig explosion and the largest oil spill in U.S. history, including the rig's owner and a company working on the well shortly before the blast.

What Happened In The Gulf?

BP Report An Exercise In Finger-Pointing

In the 193-page internal report posted Wednesday on BP's website, the British oil giant says the April disaster was caused by "a sequence of failures involving a number of different parties."

"It is evident that a series of complex events, rather than a single mistake or failure, led to the tragedy. Multiple parties, including BP, Halliburton and Transocean, were involved," outgoing CEO Tony Hayward said in the report.

The accident killed 11 workers aboard the Deepwater Horizon rig and spewed more than 200 million gallons of oil from the undersea well over the next three months.

BP's findings aren't the final word on what went wrong, as several divisions of the U.S. government, including the Justice Department, Coast Guard and Bureau of Ocean Energy Management, Regulation and Enforcement, are also investigating. And a key piece of evidence -- the failed blowout preventer -- was only raised to the surface on Saturday and has yet to be closely examined.

The investigation report was generated by a BP team led by Mark Bly, BP's head of safety and operations. At a Wednesday briefing in Washington, Bly said eight separate failures were uncovered that led to the disaster.

Bly also said that while the company's report was clinical and fact-based, the investigative team had "a very strong emotional feeling about the accident."

— There were weaknesses in cement design and testing, quality assurance and risk assessment for the Deepwater Horizon's well.

— Problems with a device called the shoe track at the bottom of the well allowed oil and gas to enter.

— The Transocean rig crew and BP well site leaders wrongly concluded that a an integrity test of the well was successful.

— Over a critical 40-minute period, the rig crew failed to realize that oil and gas were coming up the well.

— Fluids coming up through the well should have been diverted overboard to relieve pressure while the crew addressed the problems.

— There were design flaws in the "mud gas separator," which should have diverted high-pressure oil and gas coming up the well.

— The rig's heating, ventilation and air conditioning system probably diverted a gas-rich mixture from the well into the engine rooms, causing at least one engine to race and spark — the probable source of the explosion.

— The final line of defense, the blowout preventer, failed.

In public hearings, BP has already tried to shift some of the blame to rig owner Transocean and contractor Halliburton. BP was leasing the rig from Transocean and owned the well that blew out.

Hayward singled out Halliburton for criticism in the report, pointing to that company's "bad cement job" in lining the well bore. But he was careful to defend the basic design of the well, key aspects of which were dictated by BP.

BP admitted in the report that its engineers misinterpreted a negative-pressure test meant to determine well integrity after the cementing work. The company also blamed Transocean workers for failing to spot problems and take necessary action.

A Transocean lawyer said the company had no immediate comment on the report.

NPR Science Correspondent Richard Harris said the bottom line in the report is that many things caused the accident "but it all started with bad cement."

Halliburton's attempt to pump cement into the bottom of the well to create a solid seal to keep oil and gas from coming up the well "turned out to be a difficult and complicated cement job, and it didn't go right," Harris said. The test to see if the cement was holding was misinterpreted by engineers.

"If they'd have interpreted the results of those tests correctly, they would have realized that they had a problem" and probably would have been able to avoid the disaster, Harris said.

Although BP said it "did not evaluate evidence against legal standards," in the report, diluting its role in the disaster was likely part of a legal strategy by BP, Harris said.

"Basically, what BP is trying to do is come up with both a legal and a [public relations] explanation," he told Morning Edition.

BP faces hundreds of lawsuits and potentially billions of dollars in liabilities.

"A lot depends on whether [BP] was grossly negligent or whether this was a whole series of accidents," he said.

Members of Congress, industry experts and workers who survived the rig explosion have accused BP's engineers of cutting corners to save time and money on a project that was 43 days and more than $20 million behind schedule at the time of the blast.

The blowout preventer, which was supposed to be a fail-safe mechanism, was still en route to a NASA facility in New Orleans, where it will be analyzed by government investigators.

What is known is that the blowout preventer didn't seal the well pipe at the sea bottom after an eruption of methane gas triggered the explosion.

In the report, BP acknowledged that the failure of the preventer was "probably because critical components were not working." The report also found signs of "potential weaknesses in the testing regime and maintenance management system" for the blowout preventer.