Accessibility links
First Listen: Hilary Hahn Violin Concertos, Old And New The young violinist's new record contains an unusual pairing of two concertos -- one warhorse and one freshly minted. They may seem like unlikely bedfellows, but the works have more in common than one might think. Hear the album in its entirety until Sept. 23. 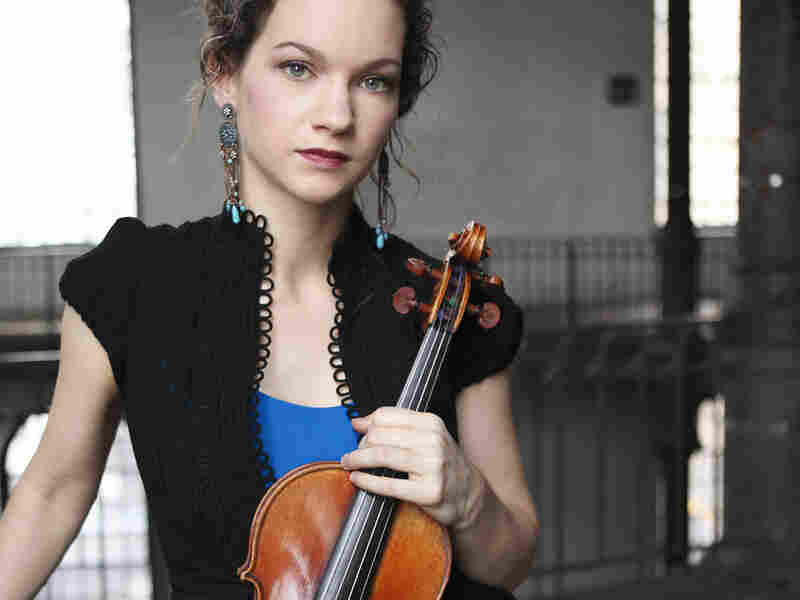 Hilary Hahn makes light but thoughtful work of two concertos, one of which was thought unplayable when Tchaikovsky wrote it. Peter Miller hide caption 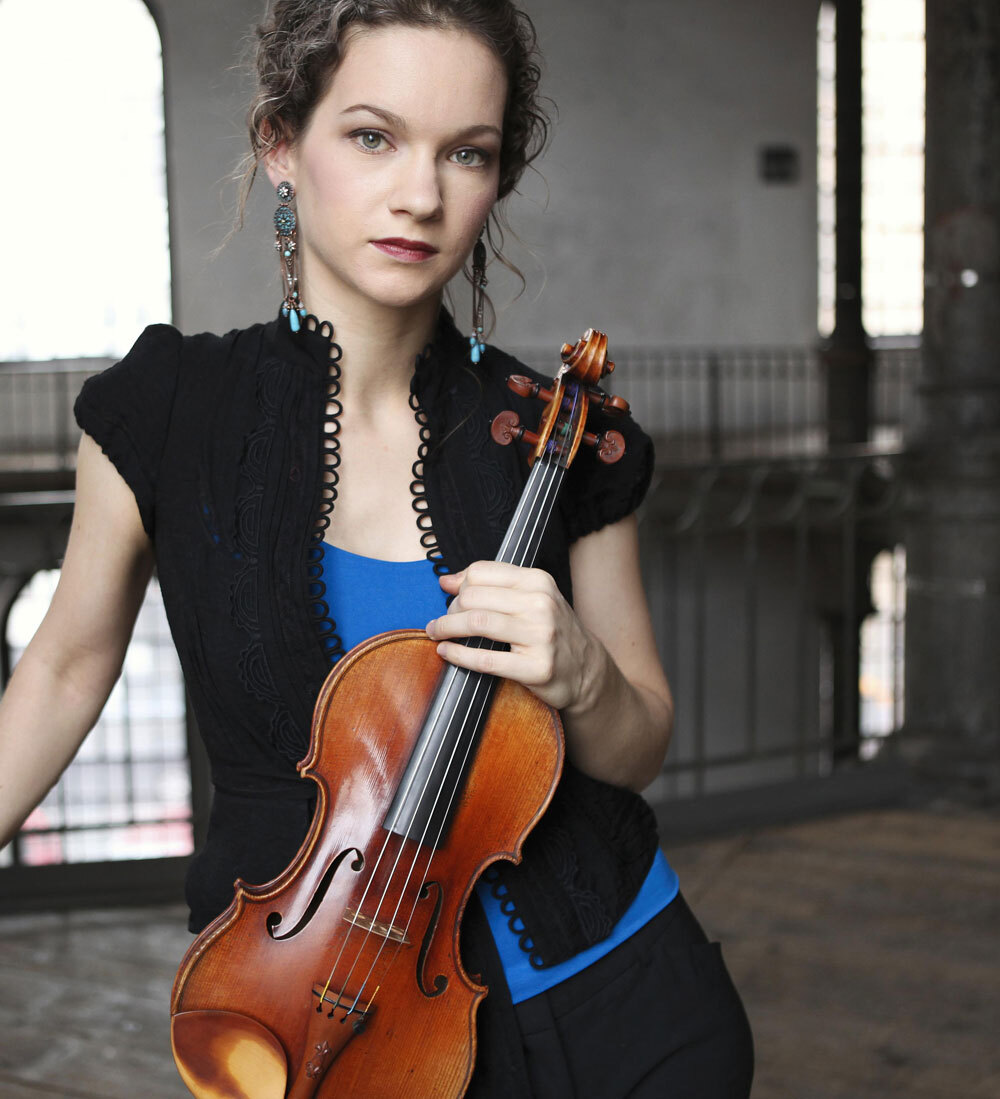 Hilary Hahn makes light but thoughtful work of two concertos, one of which was thought unplayable when Tchaikovsky wrote it.

Violinist Hilary Hahn is 30, but she still looks like a teenager. And, with a good dozen years as a world-touring concert violinist behind her, she still maintains a teenager's curiosity. She plays thorny violin concertos by the likes of Arnold Schoenberg, but she also makes music with folk-rocker Josh Ritter.

Her new CD, released Sept. 21, is an unusual pairing of two concertos -- one warhorse and one freshly minted -- which may, on the surface, seem like unlikely bedfellows. But a close listen reveals that Tchaikovsky's classic Violin Concerto in D and Jennifer Higdon's new Violin Concerto (winner of the 2010 Pulitzer Prize) have more in common than listeners might think.

Higdon's concerto lives within a contemporary sound world. Just listen to the marvelous effects she writes into the opening bars. As the solo violin plays single notes (in harmonics), a percussionist taps out a rhythm using knitting needles on a glockenspiel. Underneath, an eerie, wobbly noise is achieved by balancing a bell on a kettle drum, striking it with a mallet, and then changing the tension of the drum head. (Higdon says she likes to experiment in the percussionists' practice room at the Curtis Institute, where she teaches.)

Still, Higdon's concerto has roots in the Romantic formulas practiced by Tchaikovsky. It's set up with the standard three movements, in standard order -- fast, slow, fast. Like the Tchaikovsky, there's a virtuosic cadenza for the soloist in the first movement and a rip-snorting finale. The orchestration unfolds with open, transparent chords and lush intimacy -- not exactly Tchaikovsky, but instead hinting at the more modern romance of Copland and Korngold.

There's a newness to the Tchaikovsky, too, at least for Hahn. She played it a few times as a teenager, but set it aside, thinking she'd get back to it in a year or so. Then, as she puts it, life intervened.

"Ten years passed," she writes, "and when I finally returned to the Tchaikovsky, I was struck by differences in how I perceived the piece. In my teens, it had been an imposing mountain of a concerto, but now it seemed more multifaceted and finely nuanced. More like a character in literature."

The concerto still is like climbing a mountain for most violinists. But, then, Hilary Hahn isn't anything like most violinists. She may still look like a teenager, but she has matured from a phenomenon into a thoughtful musician -- always curious, always willing to take a risk. How does she do it?

Hilary Hahn's new concertos album (with Vasily Petrenko conducting the Royal Liverpool Philharmonic) will stream here in its entirety until Sept. 23. Please leave your reactions to the music in the comments section below.