Accessibility links
Arrested Mexican Kingpin Sheds Light On Drug War Edgar "La Barbie" Valdez Villarreal was one of Mexico's most wanted men until his recent arrest. The U.S. citizen is one of the highest-ranking drug cartel suspects captured alive in Mexico's increasingly violent drug war -- and so far, he has been a fountain of information. 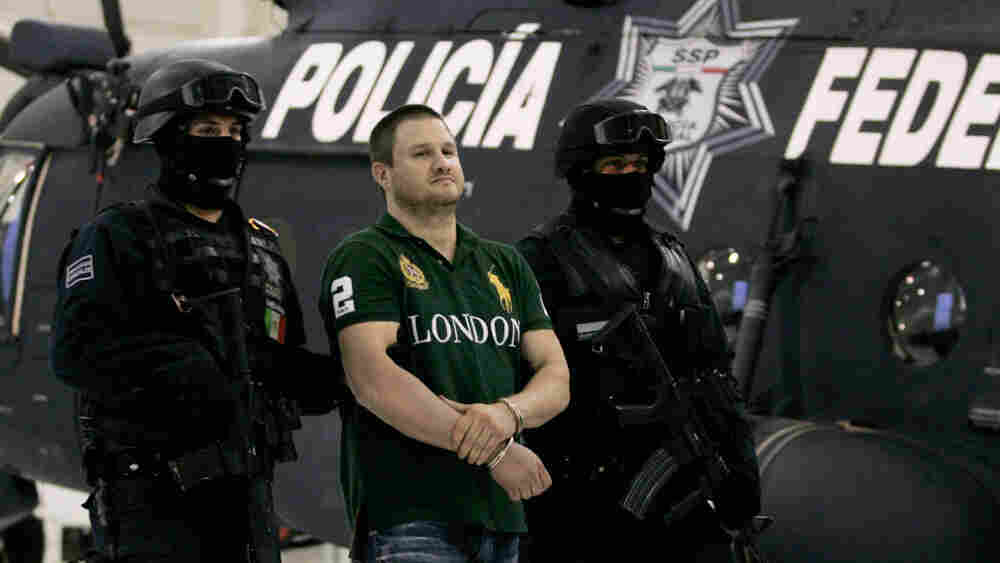 Authorities are holding Edgar Valdez Villarreal, also known as “La Barbie,” while prosecutors build a case against him for drug trafficking, murder and possibly other crimes.

Valdez, who is a U.S. citizen, is one of the highest-ranking drug cartel suspects captured alive in Mexico's brutal drug war. The 37-year-old worked his way up through the ranks of the Sinaloa cartel, led by Joaquin “El Chapo” Guzman.

When the Beltran Leyva brothers split from El Chapo in 2008, Valdez went with them. Valdez ran a group of enforcers known as Los Negros who, according to Mexican officials, used deadly force to keep their dealers, couriers and rivals in line.

Whenever he was high, he wanted to kill me. When he wasn’t high, we got along well.

Valdez was still wearing the green Ralph Lauren polo shirt he had been arrested in the day before.

Pequeno Garcia says Valdez was moving a ton of cocaine a month through Mexico into the United States.

After Valdez’s arrest, the Mexican federal police released several videotapes of Valdez talking openly about what he refers to as his “work” transporting narcotics.

Valdez also trashes his rivals and dishes dirt on some of the most powerful drug lords in Mexico. The cartel leader Arturo Beltran Leyva was a serious cocaine addict, he says.

“Whenever he was high, he wanted to kill me. When he wasn’t high, we got along well,” Valdez says of the drug lord who was known as the "boss of bosses." 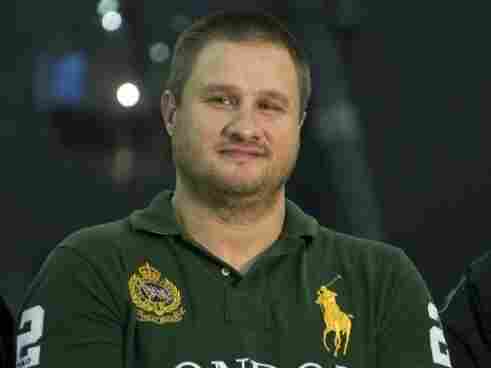 Beltran Leyva was killed in a massive firefight with Mexican marines at a luxury condominium complex in Cuernavaca, Mexico, last December.

Valdez says Beltran Leyva called him in the midst of the gun battle.

"He said he was surrounded and asked me to send in the reinforcements," Valdez says. But Valdez didn’t, and after Beltran Leyva was killed, Valdez took over much of his former boss’s turf.

In the days following Valdez’s arrest, several of his top operatives in Morelos, Mexico, were also arrested. Authorities also located two mass graves allegedly used as dumping grounds by Valdez. In addition, two of the six people arrested with Valdez have offered to become state’s witnesses against him, according to prosecutors.

The tapes have fascinated the Mexican media for days. The subjects of the edited statements of the alleged drug lord range from beauty queens to crime, including the shooting in January of professional soccer star Salvador Cabanas -- Valdez says his colleague Jose Jorge Balderas, alias "JJ," did it.

Valdez also offers insight into the current drug war that has left tens of thousands of people dead over the past three years. He blames the violence on Mexico’s top drug lord, the Sinaloa cartel’s Guzman.

Valdez says there was a meeting in Cuernavaca in 2007 where the top leadership of some the country’s most powerful traffickers agreed to a nonaggression pact. But Valdez says Guzman broke the deal in 2008 when he tried to take over the Juarez cartel’s base across the border from El Paso, Texas.

Valdez’s lawyer in Houston says all of the videotaped declarations by Valdez are from a script that Mexican federal police stuck in front of his client.

However, the beefy former high school football star from Laredo doesn’t look like he is reading from a script. Still in handcuffs, he squirms in his seat and his eyes dart about the room. At one point he calls the rival Zetas “filth” and says even the Zetas’ mothers don’t love them.

Most of the other drug kingpins who have been brought down during Mexican President Felipe Calderon’s drug war have either been killed or have been less talkative. Officials say they believe Valdez’s arrest could help them unravel other parts of Mexico’s massive criminal networks.