Accessibility links
Behind 'A Great Day In Harlem': Jean Bach On Piano Jazz Nominated for a 1995 Academy Award, Jean Bach's A Great Day in Harlem documented the gathering of 57 jazz greats on a Harlem front stoop for an Esquire magazine shoot in 1959. Bach remembers the legacy of this iconic image, including those who have appeared on Piano Jazz.

More On The Iconic Photo At The Picture Show 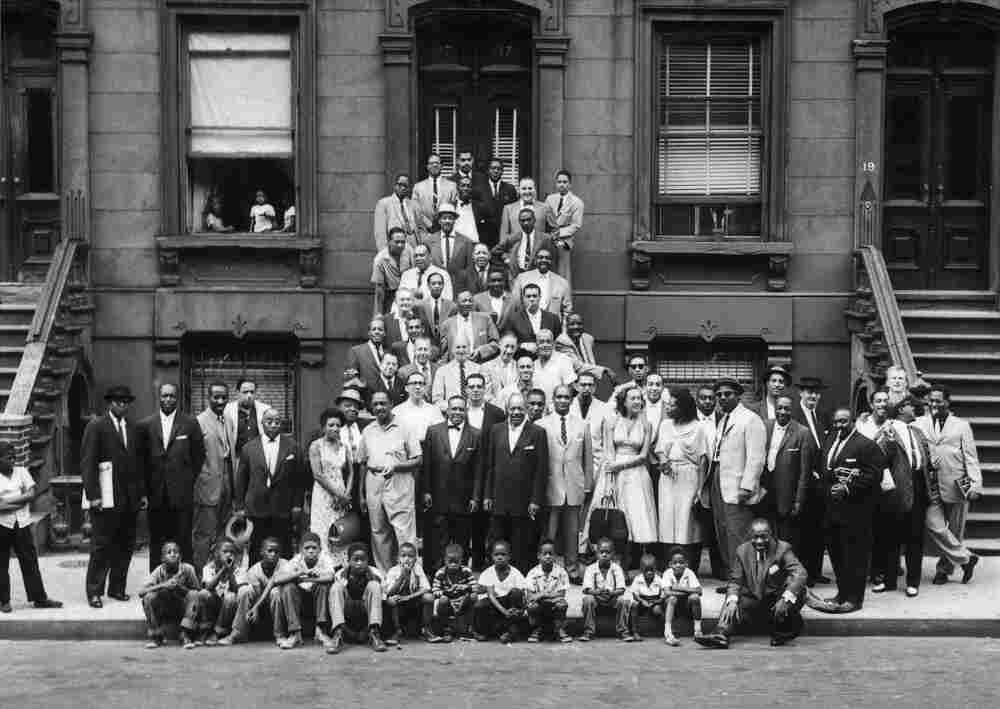 Can you name all the musicians in the photo? Need help? Art Kane/Art Kane Archives hide caption

"Scratchin' in the Gravel" (M. Williams)

Jean Bach is the director and writer of the 1994 film A Great Day in Harlem, an Oscar-nominated documentary about one of the most iconic images in jazz. On an August morning in 1958, 57 jazz musicians gathered on a Harlem stoop to pose for a group portrait taken by jazz enthusiast Art Kane (who went on to become a famed fashion and rock 'n' roll photographer). The famous photo, shot on the front steps and sidewalk outside a brownstone on 126th Street, became the centerfold in Esquire's January 1959 issue, The Golden Age of Jazz. In retrospect, the image still stands as a fairly accurate cross-section of the jazz world. From swing to hard bop to the cool school, notable figures include Count Basie, Lester Young, Gene Krupa, Dizzy Gillespie, Thelonious Monk, Art Blakey, Charles Mingus, Horace Silver, Sonny Rollins, Gerry Mulligan, Mary Lou Williams and, of course, Piano Jazz host Marian McPartland.

It's no small feat that so many of the hippest of the hip made it to a 10 a.m. photo shoot -- and this without the benefit of cell phones or Twitter. And, for such a big group of improvisers, the musicians naturally posed in an orderly fashion. The late Milt Hinton summed it up during his 1991 appearance on Piano Jazz.

"I saw musicians seeking their own habitat, water seeking its own level -- all the piano players and the ladies were together, all the drummers in one corner," Hinton said. "It was amazing."

On this episode, McPartland and Jean Bach share memories of that day in 1958, and remember the musicians who went on to appear on Piano Jazz. Segments include performances and conversation from the archives with Roy Eldridge, Dizzy Gillespie, Mary Lou Williams, Hank Jones, Benny Golson, Milt Hinton and Gerry Mulligan.