Accessibility links
Movie Review - 'Last Train Home' Filmmaker Lixin Fan's Last Train Home documents the journey 130 million migrant workers make back to their rural villages every Chinese New Year. But the movie is not only about families traveling home -- it's about China's modernization. Critic John Powers says the images in the "epic and intimate" movie are "absolutely ravishing." 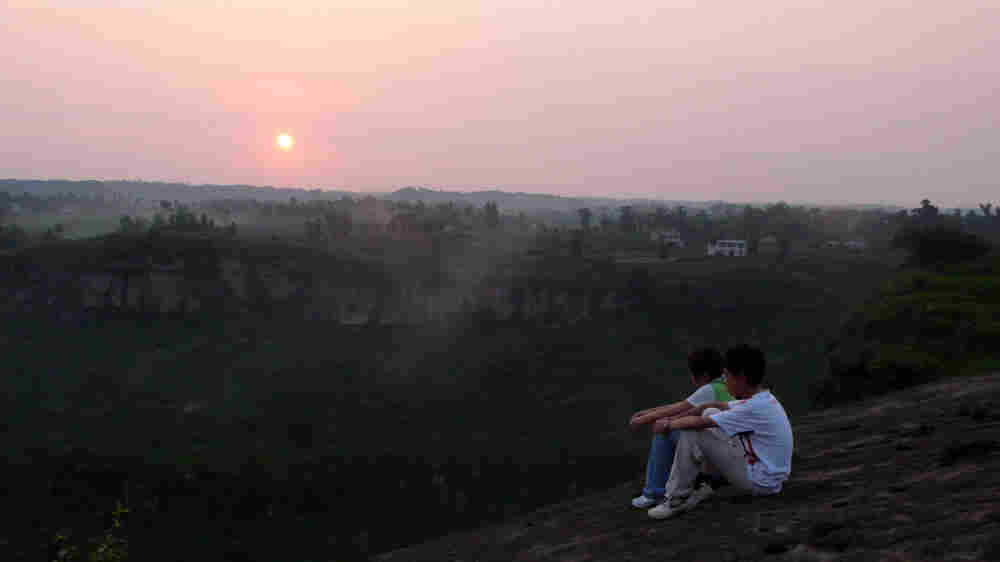 On Their Own: Zhang Qin and her brother, Zhang Yang, aren't allowed to live with their parents in urban Guangzhou — and so must depend on each other in a rural village in Sichuan province. Zeitgeist Films hide caption 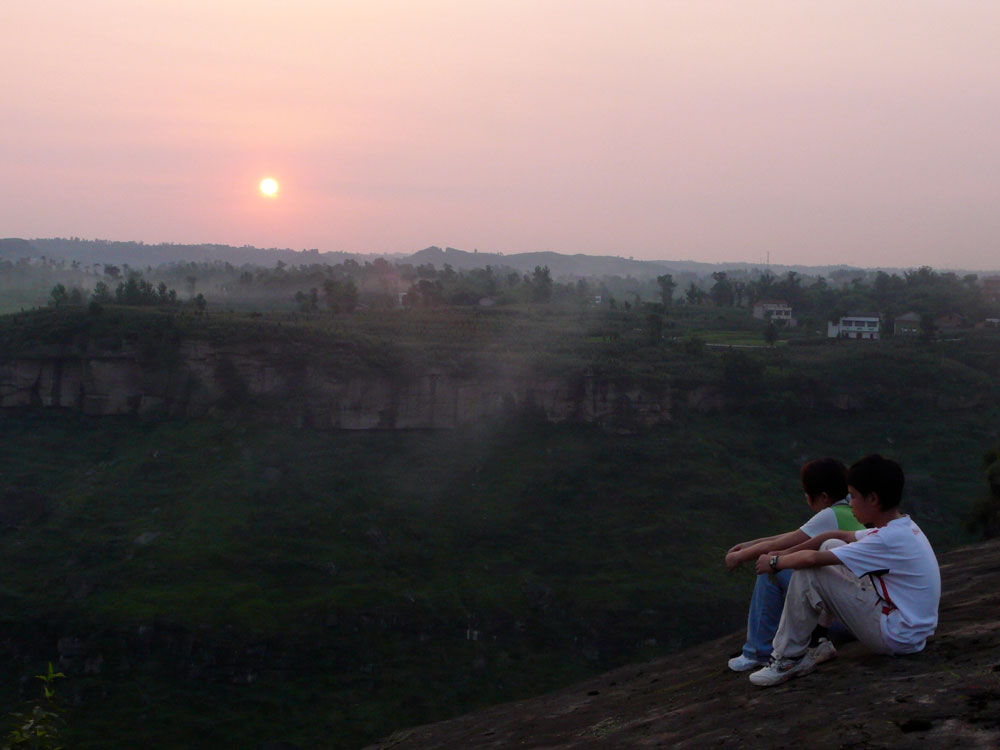 On Their Own: Zhang Qin and her brother, Zhang Yang, aren't allowed to live with their parents in urban Guangzhou — and so must depend on each other in a rural village in Sichuan province.

In Mandarin and Sichuan dialect with English subtitles

'These Are For Export'

Back in the 1980s, the culture critic Marshall Berman wrote a brilliant book called All That Is Solid Melts Into Air. He argued that the great drama of modernity is the way that people go from being passive objects of modernization -- mere tools of history -- to subjects who struggle to define their own relationship to a world in which everything is changing.

Never has such change happened on a greater scale than in modern China. The different ways individuals deal with this is the subject of Last Train Home, a gorgeous new documentary by Lixin Fan, a Chinese filmmaker based in Montreal. Shot over three years, Last Train Home deals with an amazing social fact -- every single Chinese New Year, 130 million migrant workers leave the cities and return home to their rural villages. The movie puts a human face on this migration by showing its affects on a single family.

Suqin and her husband, Chunghua, originally come from a remote village in Sichuan province, but for the past 17 years they've been living in the megacity of Guangzhou where they sleep in barracks, slave away in a garment factory, and give their savings to their family back home. When we first meet them, they're about to make the two-day train trip home to their village to see their two children, their sullen 17-year-old daughter, Qin, and her younger brother, Yang, who by law aren't allowed to live with their parents in the city. Suqin and Chungua are stoked, and we anticipate a happy reunion.

But when they arrive, dispensing toys and cell phones, we discover that things are not as we expected. Suqin and Chunghua see themselves as doing what it takes to brighten their kids' future -- and they're upset that Yang's class rank has dropped from No. 3 to No. 5. In contrast, their children view them as bossy absentees who care more about making money than about looking after them. Things only go downhill from there.

Not that Last Train Home is grim or doleful. Fan shot the movie himself, and his images are absolutely ravishing. And he's put the story together with the help of Mary Stephen, an editor best known for her work with Eric Rohmer, who has a novelistic eye for detail. Together they've achieved that rarest of beasts -- a documentary that's lively as well as deep, that's heartbreaking yet doesn't wallow in depression.

Structured around three annual journeys home, the movie tells a story at once epic and intimate. The epic side comes out in the second year, when Suqin and Chunghua spend days caught in a train-station queue so vast and devouring that you long for the calm of a soccer mob. These crowds remind us that the family we're watching is just one of tens of millions like it. Modernity is roaring along like a runaway train in China; things are happening so fast that, from one generation to next, people devise wildly different ways of being modern. 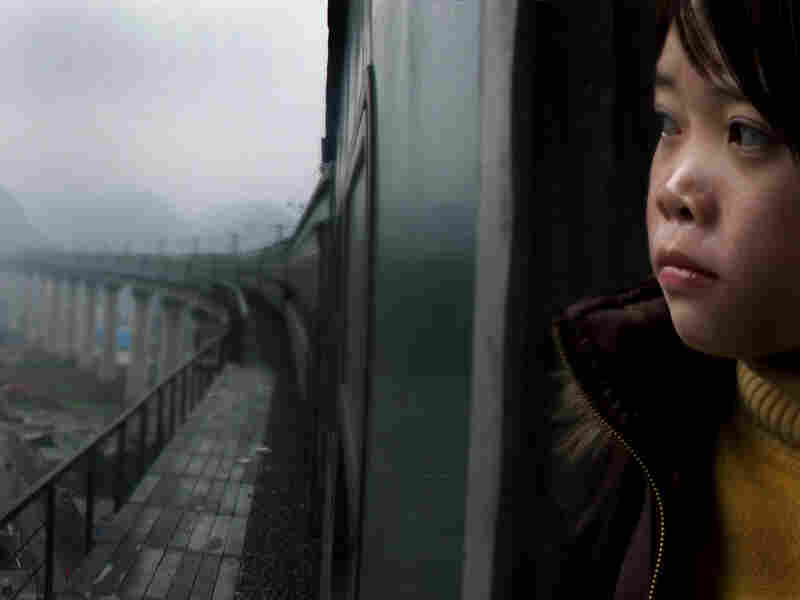 All The Livelong Day: Zhang Qin, one of the principal subjects of Last Train Home, wants to be modern — and doesn't want to sacrifice herself in the name of the future. Zeitgeist Films hide caption

Eager to escape the millennial drudgery of subsistence farming, Suqin and Chunghua embraced the new economic freedoms. They moved to the city to give themselves, and their family, a better life -- and they feel that they have. But because they were raised in the austere values of a Maoist peasantry, they do all this in the spirit of stoic self-sacrifice. It's impossible not to be touched by both their self-denial and by their sadness that their children don't seem be honoring their part of the bargain.

But their kids were born into a later, hypercapitalist China, and we don't really blame them for having their own ideas of how to be modern. They don't want to be A students like their parents expect, don't want to spend their lives sacrificing themselves in the name of the future. Qin in particular can't wait to abandon school, get out of the boondocks and move to the city where, surrounded by high-rises and neon and the intoxicating whir of the Now, a girl can have some fun.

Although we fear that Qin will be a lamb to the slaughter, Last Train Home is no morality tale. Fan realizes that he's chronicling a transformation so vast that there are no easy conclusions about how people should live. He knows that once the genie of modernity has been let out of the bottle, individuals are left to ride the whirlwind of history. They have to make it all up as they go along.