Accessibility links
Kristin Hersh: On Surviving 18 And Being A Rock Star By the mid-1990s, the art-rock band Throwing Muses had found more than just critical success. But co-founding member Kristin Hersh almost didn't make it there. At 18, she was diagnosed as bipolar and discovered she was pregnant. Hersh tells the story of that tumultuous year in her new memoir, Rat Girl.

Listen to this Story

Kristin Hersh: On Surviving 18 And Being A Rock Star

Listen to this Story 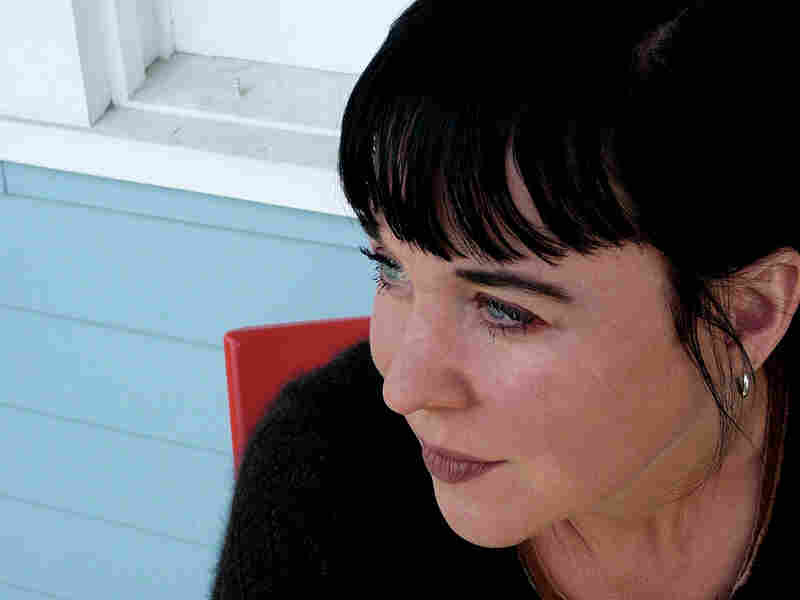 Throwing Muses co-founder Kristin Hersh discovered she was pregnant around the same time she was diagnosed as bipolar. Courtesy of Penguin Books hide caption 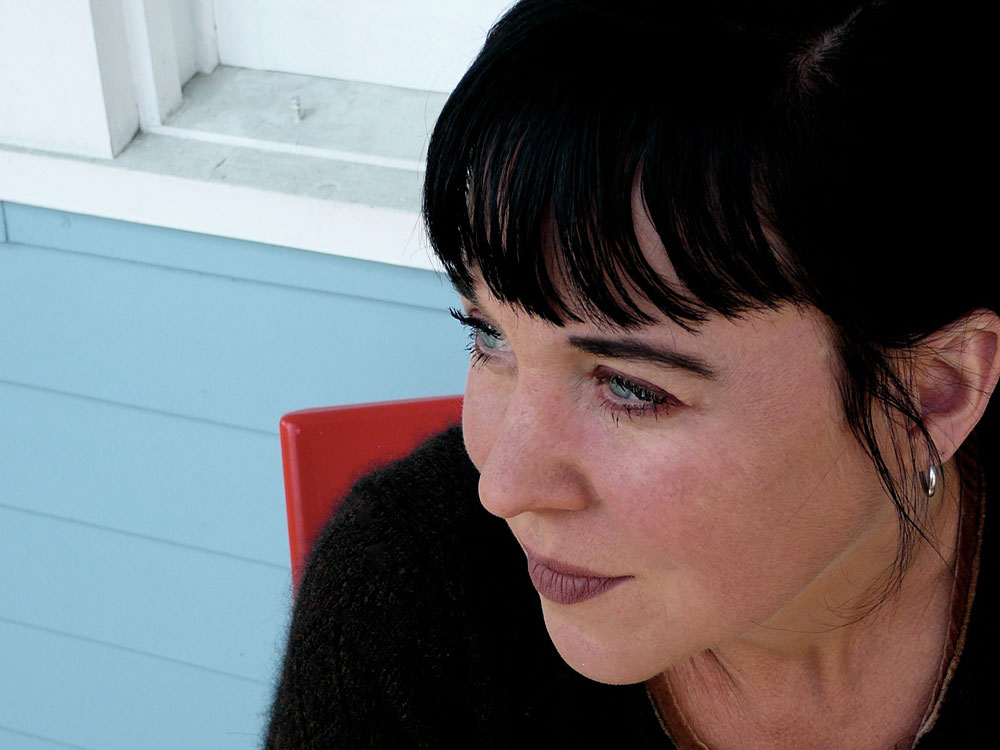 Throwing Muses co-founder Kristin Hersh discovered she was pregnant around the same time she was diagnosed as bipolar.

By the mid-1990s, the art-rock band Throwing Muses had found more than just critical success, with hit songs like "Bright Yellow Gun." But co-founding member Kristin Hersh almost didn't make it there. At 18, she was diagnosed as bipolar and discovered she was pregnant. Hersh tells the story of that tumultuous year in her new memoir, Rat Girl.

Hersh traces her mania to 1983, when she was hit by a car while riding her bike. When she woke up in the hospital, she says, she felt something had changed.

"I had a double concussion, and it seemed to trigger this interpretation of ambient noise as music that continues to this day," she tells NPR's Guy Raz.

In addition to her enhanced musical perception, Hersh also became manic depressive. For two years, her condition went undiagnosed and she struggled with sleeplessness and exhaustion. Finally, after she attempted suicide, doctors gave her the help she needed and prescribed her medication. Hersh says she didn't believe the diagnosis at the time, but trusted in her doctors.

"I was always convinced I wasn't a manic depressive -- I was a songwriter," she says.

Around the same time as her diagnosis, Hersh also learned that she was pregnant.

"In an instant," Hersh says, "I was convinced that this baby was a light and I had to serve it as best I could."

She rose to the occasion and tried to live as healthy a life as she could. She went off her medication and, though still performing at clubs, stayed away from smoke and alcohol. Hersh describes the experience as life-altering.

"That baby probably saved my life, far more than the medication could have," she says.

Today, Hersh continues to write music and raise her family.

"I have four children, and I've been making records for 25 years," Hersh says. "And I can't imagine one without the other." 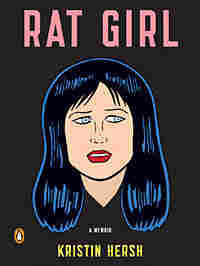 Language Advisory: There is language in this excerpt that some readers may find offensive.

I gotta get rid of these fucking donuts; they're making me sick and they aren't gonna get any prettier. Maybe I'll leave them here on the floor for the Animal.

We don't know what the Animal is, only that it gets in sometimes and eats cornflakes out of the cabinet, which is fine 'cause I didn't like the look of those dead-guy cornflakes anyway. Once, a painter named Jeff actually took the Animal to the face. It leaped out of the apartment and jumped on his head when he opened the door. This is the closest encounter any of us have had with it. Unfortunately, it was the middle of the night and the stairwell was too dark for him to get a good look at it; the Animal just knocked him backwards down the stairs and took off. Jeff was thrilled. The next time I saw him, he was still giddy, glowing with pride. "Kristin!" he said dreamily. "The most wonderful thing happened..."

This guy looks just like Jimmy Stewart. I tried to imagine him falling backwards in the dark, limbs flailing, fur wrapped around his head. For some reason, I saw this happening in black and white--maybe 'cause of the Jimmy Stewart thing--which made it even creepier. But Jeff was so happy telling the story, he looked dewy. Painters are so sick. I wouldn't want an animal jumping on my face in the dark.

I gotta admit I was enchanted, though. "Did it make a noise?" I asked him. "Was it furry? Did it smell weird?" He couldn't remember much; he was falling down stairs. Happily falling, having taken a wild animal to the face, but too distracted by gravity to pay attention to much else. In retrospect, he figured it had been furry and was about the size of a watermelon.

This was relevant information, as we had had a kind of meeting on the subject once, the gaggle of lost souls who use this apartment when they have nowhere else to go. The Animal hadn't yet gone for the cornflakes--it had only shuffled around the apartment in the dark, which was, I admit, a little spooky. Subsequently, there had been murmurings of "ghosts" walking around at night, and most of the musicians are such pussies they were scared to sleep here anymore. Some of them wanted to have a Narragansett medicine woman smudge the place with sage to relieve it of its restless spirits.

"Look," a drummer named Manny said gravely over the cold leftovers of two greasy pizzas. Candles flickered near the open window, the dancing shadows making it look more like a séance than the overgrown Cub Scout meeting it really was. "She's really nice, I've met her. She doesn't dress weird or anything. She charges a nominal fee and all we have to do is fast or fuck off for, like, a day and a half."

"What?!" yelled a painter, laughing. Painters think musicians are ridiculous. There seems to be a general consensus among them that painting is high art, music low. Can't say that I blame them; musicians are sorta ridiculous. I'm a guitar player, so technically I'm one myself, but I don't stick up for us all that often. Manny, clearly more afraid of ghosts than painters, held his ground.

"This place is definitely haunted," he said. "I hear noises, but when I check 'em out, there's nobody there!" He pushed a lock of purple hair behind his ear. For some reason, none of us musicians have normal hair--another thing that makes us seem ridiculous to the painters. Mine is blue, there is a lime green and a fuzzy-yellow-chick yellow... together, we look like an Easter basket. Chalk white and glossy jet-black are close to normal, but those two are goth kids--at least once a day, a painter will turn to them and yell, "Happy Halloween!"

"I know what it means. I just think you're a moron." The other painters laughed. The musicians and neutral observers set quietly in the candlelight.

Manny shook his head. "Last night, something was walking near my face. It was weird."

"It's just the family downstairs bangin' around," said the painter.

"No, seriously. I could feel it moving. It was right next to my face."

"Were you high?" asked the painter sarcastically.

"Yeah," answered Manny, "but… it was right next to my face!"

The mystery was partially solved when the ghost turned out to be a furry, watermelon-sized face jumper that likes cornflakes and is good at hiding. We now have tremendous affection for the Animal, which is easy because it never shows itself. It politely devours whatever it can find and then takes off.

We all act like it's a magic bear, but the best thing it could be, really, is a raccoon and it's probably just a cat. Though it might be Taffy, the neighbors' dog who never comes when called. Our scary neighbors stand in their yard wearing bathrobes and yell "Taffy!" over and over again, but Taffy never shows up. Maybe Taffy lives with us now.

When I give touring bands and lonely kids directions to this place, I always mention the Animal, in case it jumps on their faces. Displaced individuals can be sorta jumpy. I wish it were here right now, 'cause nobody else is. The more promiscuous and insecure of us have a rule: no sleeping alone at Napoleon's. A rule I'm breaking tonight.

"Taffy?" I call weakly and wait.

Napoleon took his bed with him when he left, so when you stay here, you sleep on the floor, and the floor feels extra hard tonight. Extra hard is extra lonely, for some reason. Like you're being punished for something you probably did but don't remember doing.