Accessibility links
Broadway Season Bets On Big Stars, Short Scripts Famous names and compact stories add up to at least two must-see plays this fall: In A Life in the Theatre, Patrick Stewart and T.R. Knight explore the relationship between an old actor and a promising newcomer. And come October, Vanessa Redgrave and James Earl Jones turn the key on a Driving Miss Daisy revival. 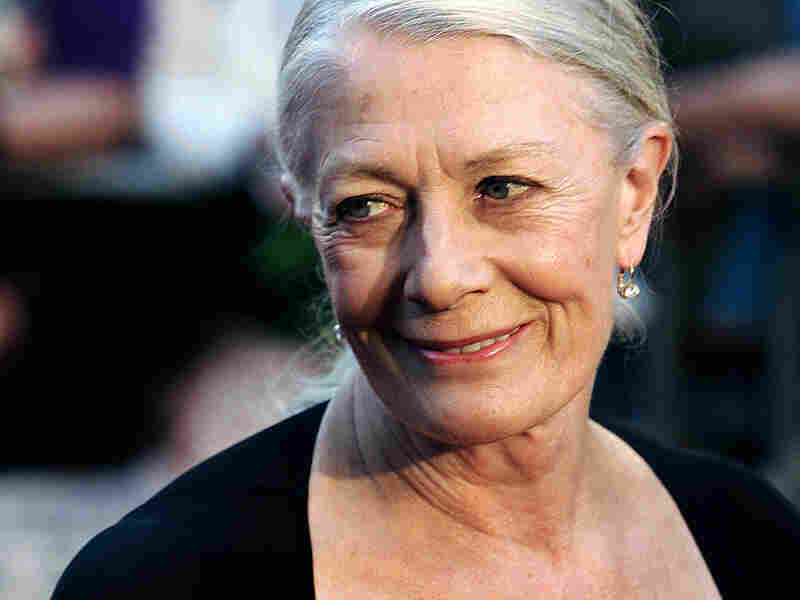 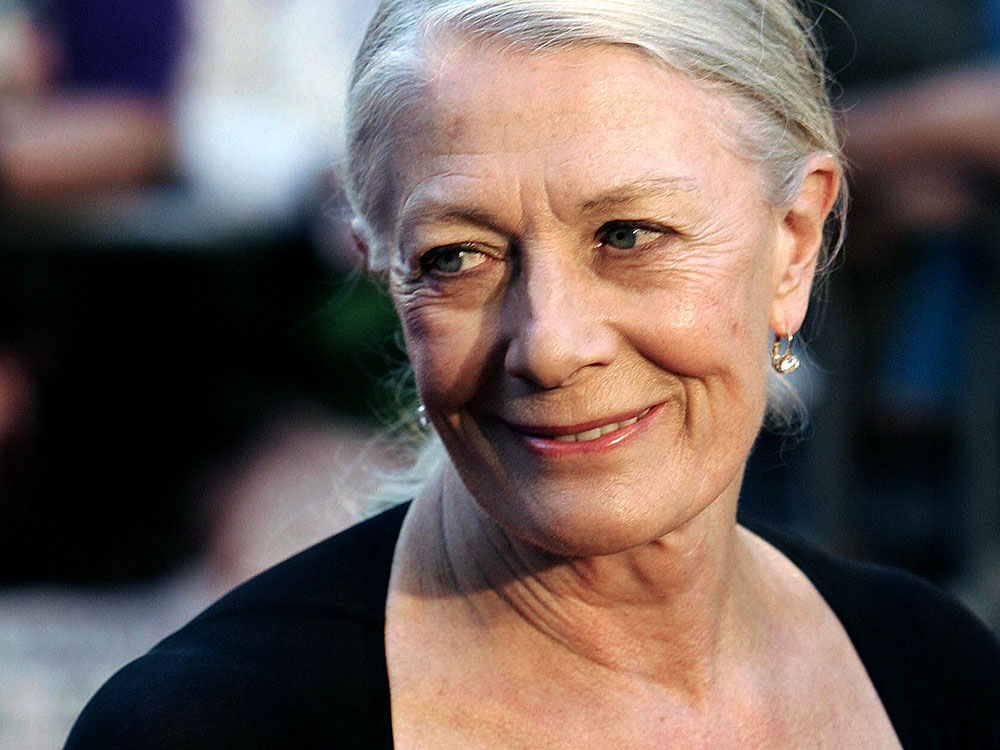 Miss Daisy Rides Again: Vanessa Redgrave returns to Broadway to take on a character Jessica Tandy made famous on film.

If last June’s Tony Awards -- Broadway’s annual end-of-season bash -- looked a little bit like the Academy Awards, it was no accident.  A lot of the winners were movie stars: Denzel Washington, Scarlett Johansson and Catherine Zeta-Jones.  And this fall, more big stars are coming to Broadway -- in small plays.

Last September the hot ticket was Daniel Craig and Hugh Jackman in a one-act play called A Steady Rain. And the buzz wasn't about the script.

"You had James Bond and Wolverine in a two-character play," Gerard says. "It was completely sold out for its 12-week run. Everybody made a lot of money, and audiences went home happy." 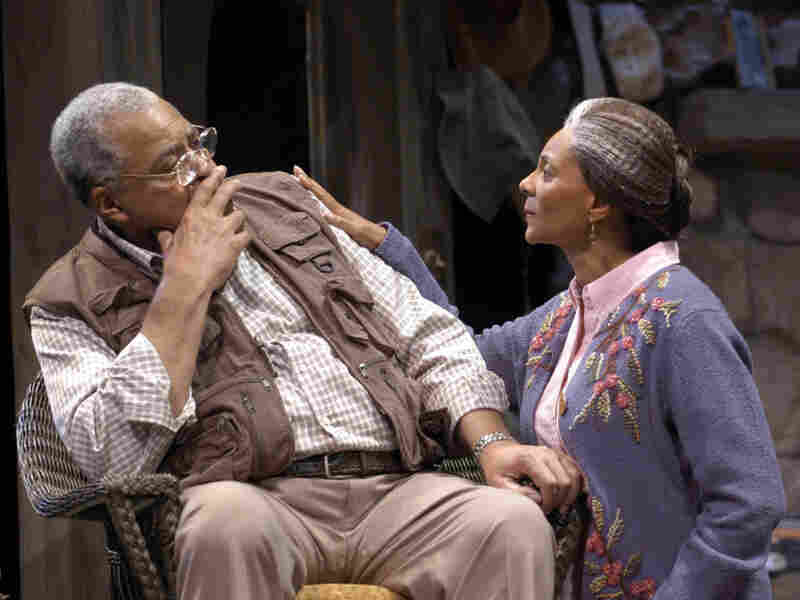 In His Wheelhouse: Veteran actor James Earl Jones (with Leslie Uggams, in a Broadway-bound 2004 revival of On Golden Pond) joins Redgrave to play Hoke the chauffeur.

This fall, Broadway producers are hoping to duplicate that success with two very starry revivals of intimate, short plays: TV stars Patrick Stewart and T.R. Knight in David Mamet’s A Life in the Theatre, and Vanessa Redgrave and James Earl Jones paired in the Pulitzer Prize-winning Driving Miss Daisy -- the Alfred Uhry play, later an Oscar-winning movie, about an aging Southern lady and the chauffeur who tends to her in her later years.

Miss Daisy, especially, is " undoubtedly gonna be a sellout," Gerard says. "If I were the producer, I’d probably be kicking up my heels. I, as a critic and an audience member, would go see those people in anything that they do."

In this case, Jed Bernstein is the producer kicking up his heels: Group sales have been brisk, even though rehearsals for Driving Miss Daisy began only last week.

"I think everybody got very excited about this production very, very quickly, and certainly it seems that the general public has shared that excitement," Bernstein says, "because the pre-ticket sales are going very well."

In Redgrave and Jones, Bernstein has not just bankable Hollywood stars -- he’s got two stage veterans who make it a point to come back to Broadway every few years. Redgrave last appeared in a solo show based on Joan Didion’s The Year of Magical Thinking, while Jones played Big Daddy in a revival of Cat on a Hot Tin Roof a couple of seasons back.  They’ve both been signed for a limited engagement of 16 weeks, in the first-ever Broadway staging of this three-character one-act.

"You’ve got shorter plays and you’ve got stars," says Gerard. "And the third thing is short runs. They come in for 12 weeks, maybe 16 weeks, including the rehearsal period, and then they’re gone.  First of all, it creates audience demand and the runs sell out.  Second of all, they can do it between movie assignments."

For his part, Jones says much of the appeal oof appearing in Driving Miss Daisy -- apart from sharing a stage with Redgrave -- is that it looks back at a period before and during the civil rights movement. Jones well remembers being unable to use the bathroom at gas stations in the South when he was an Army private in the 1950s.

"And my line in the play is, 'Colored can’t use the toilet in no Standard Oil.  You know that,' " he says.

Jones says the play -- which was originally done off-Broadway with only a couple of chairs -- is a short, but tasty ride.

"It is a very simple story," he says. "You might say it’s a sparse meal, for theater -- it doesn’t have any act breaks.  It just starts and then it ends."

David Mamet’s A Life in the Theatre is another quick ride: two characters, 85 minutes, a backstage comedy about the mentor-apprentice relationship between actors in a repertory theater.  Patrick Stewart and T.R. Knight, while best known for their TV roles in Star Trek: The Next Generation and Grey’s Anatomy, are both theater vets. And Stewart says rehearsals have been a singular experience. 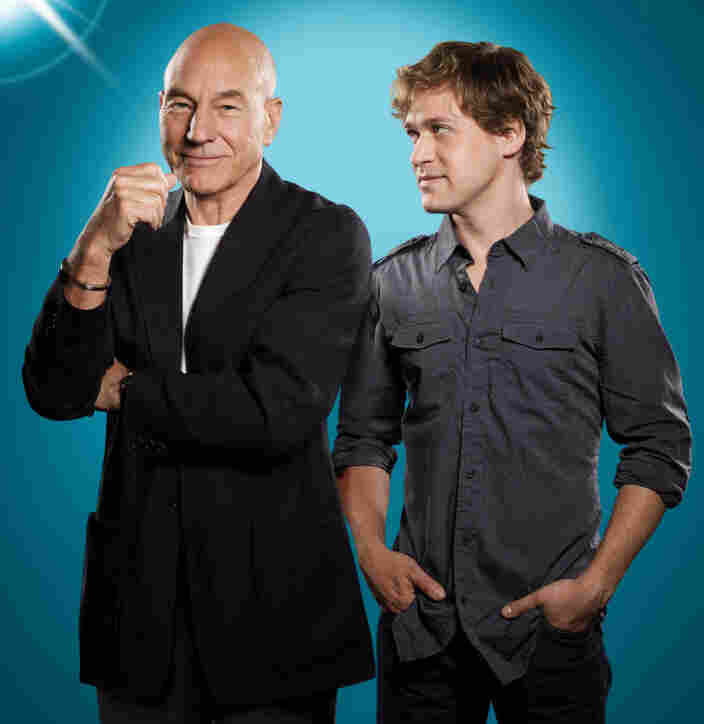 Odd Couple: Patrick Stewart (left) and T.R. Knight star in a September production of David Mamet's A Life in the Theatre. hide caption

From 'A Life In The Theatre'

Warm-up exercises, make-up brushes and just a touch of actorly passive-aggression: It's just another night in the dressing room. Warning: This scene contains language that some might find offensive.

"I’ve never before in my life rehearsed a play where we will finish running a scene and then we will have a conversation pretty much exactly like the scene we’ve just been in," he says. "Because we are in rehearsal ... for a play about two actors who are in rehearsal, all the time, for plays!"

Knight, who as a very young actor was an apprentice at Minneapolis’ Guthrie Theatre, can completely relate to his journeyman character.

"The wonderful thing and the hateful thing about this play is how it sends our life up," he says. "You know, how insane we are just to do this for a living!  ... The narcissism of the actor, it’s just -- so much of it is in there.  And it’s just ... it’s a little painful!"

Lest anyone think it costs less to do smaller plays on Broadway, Driving Miss Daisy producer Jed Bernstein, says think again: "I don’t think you necessarily, as a producer, sit down to say, 'Oh, you know, give me one person and a stool, because that’s gonna save me lots of money.'"

It could, of course, mean a slenderer production budget.

"But on the one hand, if you don’t have a compelling story and a compelling actor telling it, saving the money isn’t gonna help you," Bernstein argues, "because people aren’t gonna wanna come and see it."

And on the other hand, these are big stars we're talking about.  And this is Broadway.

"You'd be surprised how expensive one actor and stool can be," Bernstein deadpans, "depending on who the actor is and what the stool looks like."