Accessibility links
First Listen: John Legend And The Roots, 'Wake Up!' Soul king John Legend isn't happy with the direction America is taking, so he got together with the greatest band in hip-hop to cover soul songs from the 1960s and '70s -- songs that still speak to the problems facing us in 2010. Hear the entire album here until its release on Sept. 21.

First Listen: John Legend And The Roots, 'Wake Up!'

First Listen: John Legend And The Roots, 'Wake Up!' 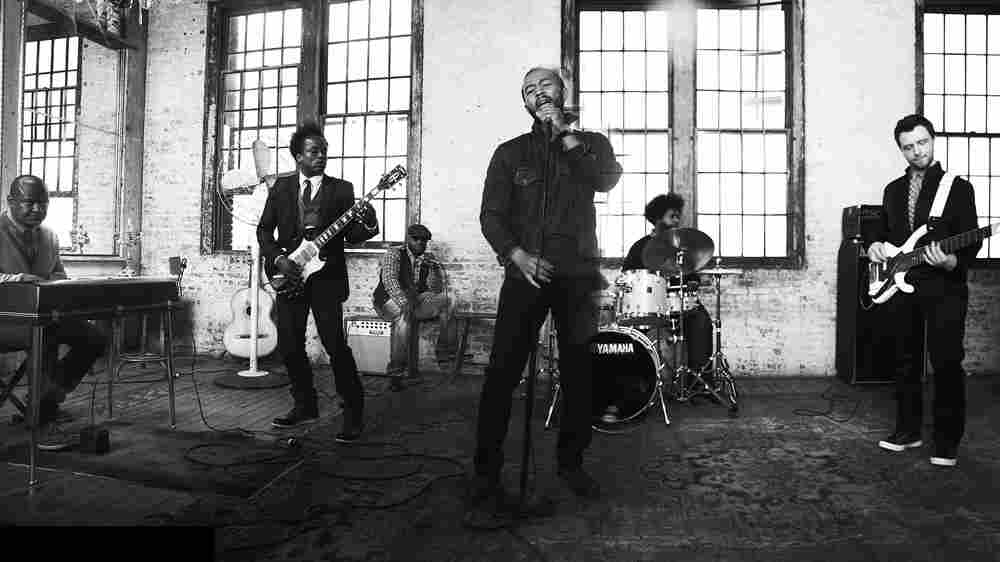 John Legend with The Roots. courtesy of the artist hide caption 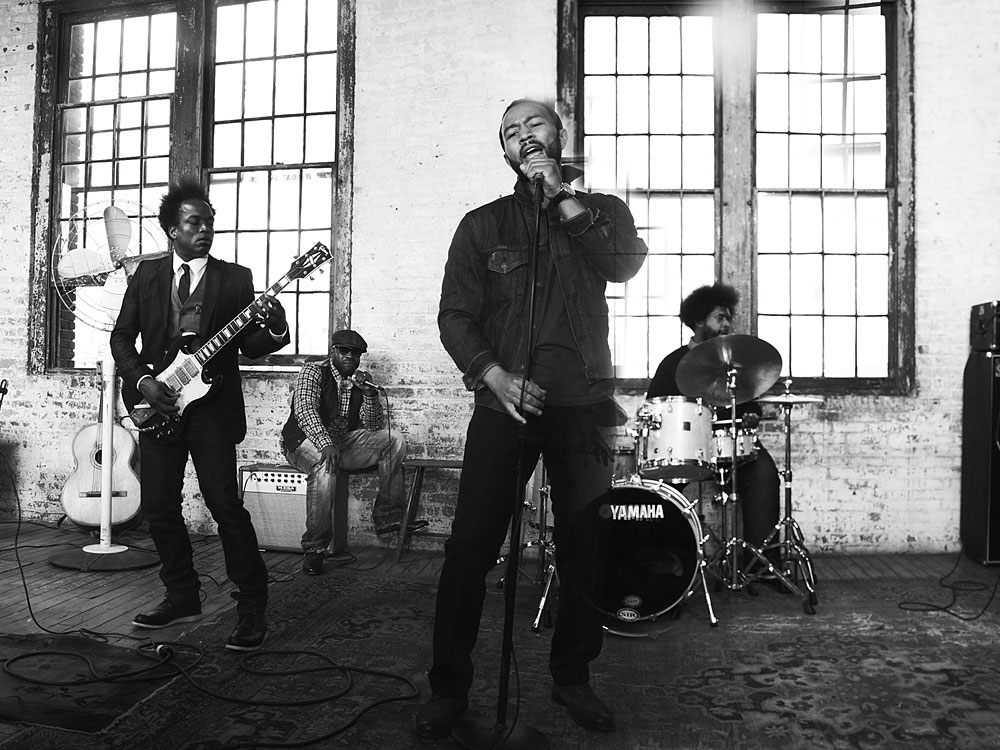 John Legend with The Roots.

How many would have put money on a resurgence of "socially conscious" pop after Barack Obama's election less than two years ago? Swept up in optimism following the election of a black commander-in-chief, many musicians reacted the same way Obama's 13 million email recipients did: They returned to normalcy and checked out of politics. The Black Eyed Peas' will.i.am, who motivated so many young people with his remix of Obama's signature phrase, went from "Yes We Can" to "Boom Boom Pow."

John Legend performed "Yes We Can" with will.i.am at the Democratic National Convention in 2008, but unlike his friend and frequent producer, he didn't stop once the ballots were counted. During the past 18 months, Legend spent his spare time collaborating with ?uestlove and The Roots on covers of politically motivated soul music from the 1960s and '70s. What started as a potential single turned into Wake Up!, 11 vintage songs which are at turns optimistic and frustrated about the times that birthed them.

Younger fans of Legend's bedroom shtick are about to get a serious history lesson. (Roots fans, not so much.) Most of these songs didn't become timeless hits that slid easily into contemporary playlists, the lone exception being Eugene McDaniel's protest song "Compared to What," recorded in 1969 by Roberta Flack and appropriated in 2003 by Coca-Cola for a commercial starring Common (who, ironically, appears on Wake Up!'s title track).

The record kicks off with "Hard Times," originally recorded by Baby Huey, one of soul's great should've-beens, a 400-pound man who died after one album at age 26. Fellow tragic figure Donny Hathaway (who, strangely enough, was responsible for Baby Huey's record contract) gets his forgotten "Little Ghetto Boy" -- from the blaxploitation film Come Back, Charleston Blue -- brought back to life. "Wake Up Everybody" was a moderate hit for Harold Melvin and the Blue Notes, led by a young Teddy Pendergrass. Mike James Kirkland ("Hang On In There") and Ernie Hines ("Our Generation") are more famous for the hip-hop samples their records bequeathed than any sort of personal legacy. And then there's the rastafari Prince Lincoln, whose little-known "Humanity" might be the album's best song.

The last third of Wake Up! consists of deep cuts from legendary artists -- "Wholy Holy" by Marvin Gaye, a 12-minute jam in "I Can't Write Left-Handed" by Bill Withers and "I Wish I Knew How It Would Feel to Be Free" by Nina Simone. Obviously, Legend's voice can't match theirs. But he still hammers home the point and purpose at the heart of Wake Up! -- that long odds are no excuse to not try.

Wake Up! will stream here in its entirety until one week after its release on Sept. 21. Please leave your thoughts on the album in the comments section below.