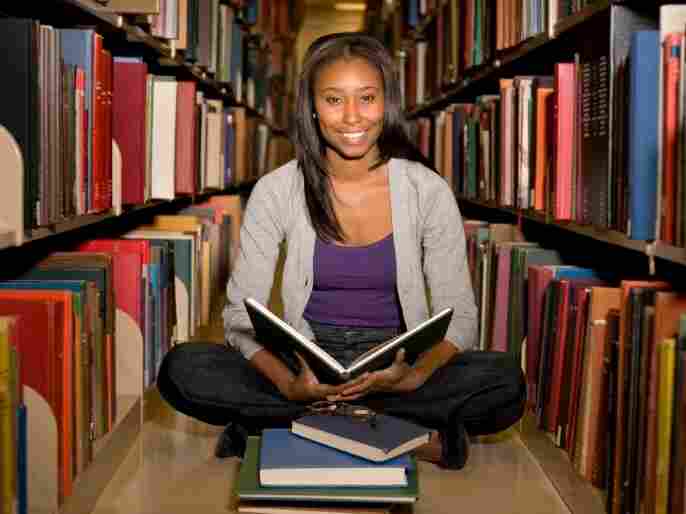 The Department of Education is proposing new rules for Pell grants in an attempt to solve the problem of student debt. The rules would not allow students at certain for-profit schools to receive the grants. iStockphoto.com hide caption

Harry C. Alford is president and CEO of the National Black Chamber of Commerce.

The Department of Education has proposed new rules for students attending career-oriented schools that could disproportionally harm minority students. The rules, which would go into effect in November, could cut off support for those students who need the most financial assistance in getting their education. The new rules would make ineligible for-profit schools that do not meet certain graduation rates or levels of student debt.

While the for-profit college industry -- as with any sector -- has bad actors, the Department of Education's blanket fix is shaping up to do more harm than good. Student debt is a national problem, one that must be addressed, but imposing regulations on schools that are effectively educating students is unnecessary. Instead, the Department of Education should be encouraged to isolate bad actors -- without imposing harmful regulations on schools that are working to train students for careers where they can succeed.

According to the Department of Education's website, Pell Grants "provide need-based grants to low-income undergraduate students to promote access to postsecondary education." The description goes on to claim, "students may use their grants at any one of approximately 5,400 participating post-secondary institutions."

There are 89 historically black four-year colleges and universities (HBCUs). Not counting those schools, only about a third of the student population at traditional not-for-profit schools are minorities. However, at career-oriented schools, the minority population is greater than 50 percent.

With that as background, we must examine the Department of Education's headlong rush to effectively remove career-oriented colleges from the quiver of educational arrows available to minority students. The new "Gainful Employment Rule" uses a formula that would disproportionately harm low-income students because their student load-to-income ratio or their rate of repaying loans would not meet the federal bureaucrats' threshold.

If students in a program don't meet the "gainful employment" test, then schools may not offer Pell Grants to students enrolled in that program -- effectively sending them out onto the streets to join a growing army of minority unemployed. Many might say, "Good. If career-oriented colleges aren't a good investment for students or the government, then something should be done."

However, because minority students as a group tend to need more student aid to meet their college expenses, they are far more likely to fall short of the "gainful employment" guidelines. This rule is aimed at career-oriented schools, but if the same test were run on students at traditionally not-for-profit black colleges and universities, 93 percent would fail the "gainful employment" test because of unacceptable repayment rates.

We should be looking for every conceivable pathway to get black teens off the unemployment line and into a classroom. Obviously, not every teenager is a candidate for post-secondary education. But for those who are, the Department of Education is throwing up roadblocks at the worst possible time.

It is well-established that the strongest predictor of employment status is the level of education a prospective worker has attained. Job seekers with college degrees have a far higher chance of landing a job than those with only high school diplomas.

As America's traditional businesses remain very wary of adding staff, people with skills in technology, health care and alternative energy (all of which can be gained while earning a degree at a career-oriented school) are finding their chances of finding work far greater than someone with a bachelor's degree in liberal arts.

The Department of Education should be leading the way in developing tools to get more students into college. Instead, they are singling out one vitally important segment of the post-secondary landscape and putting up "no trespassing" signs, keeping out the students who would benefit the most.