Accessibility links
From Werner Herzog, Three DVDs Worth A Close Look From one of film's greatest adventure stories to one of Hollywood's goofiest faces (and the impossibly graceful dancer it was attached to), the director explains what kinds of moving pictures tend to catch his eye. 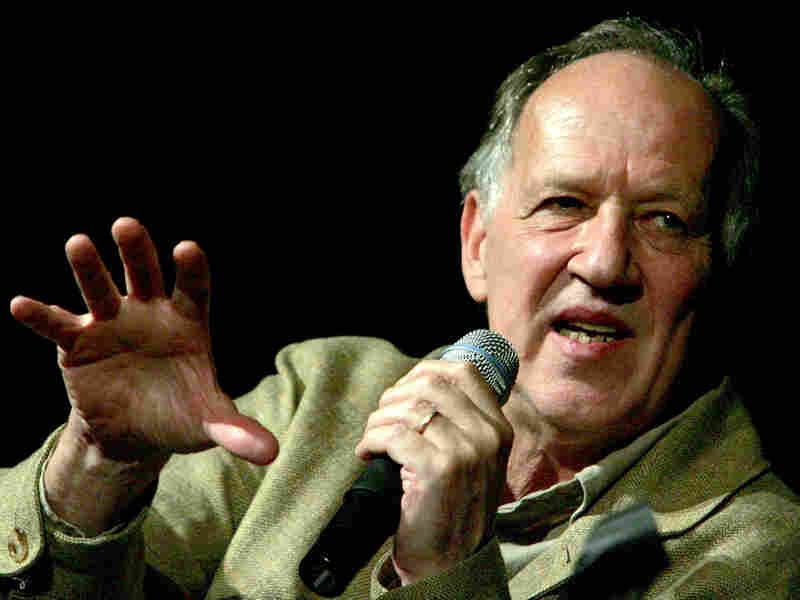 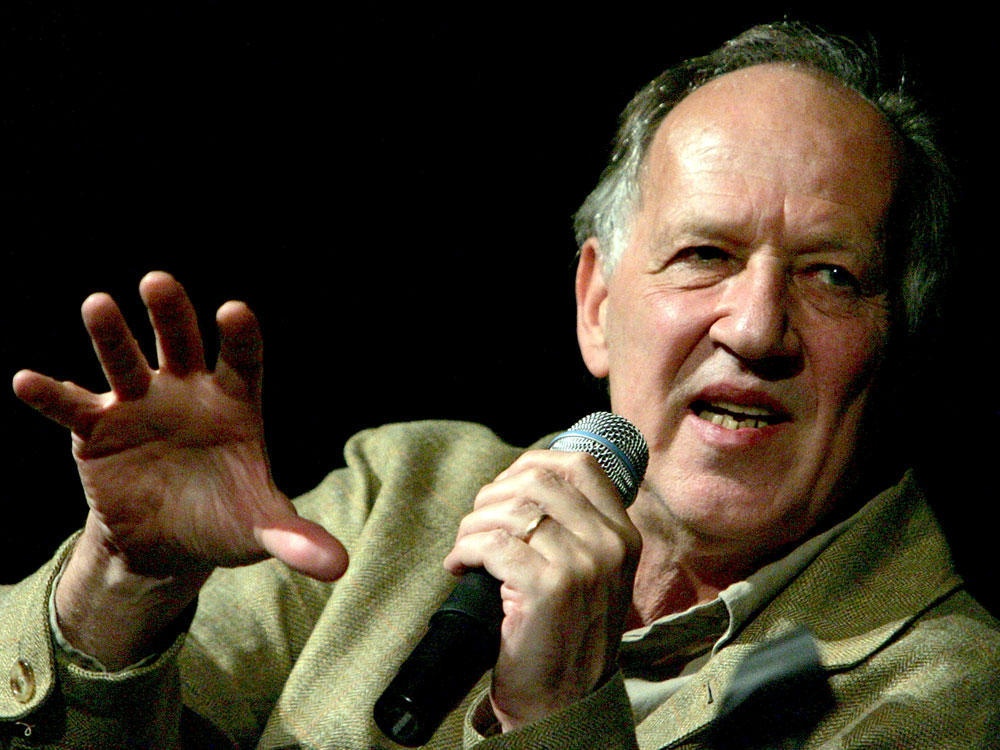 Notes From An Auteur: Werner Herzog discusses some of his favorite movies.

The acclaimed German director Werner Herzog holds film seminars from time to time, and people who aspire to make movies attend his Rogue Film School. He puts buckets over his students' heads, takes them out into the woods and peppers them with his musings.

He also hands out a required-and-recommended reading list -- a broad one, covering matter from the Roman poet Virgil to Ernest Hemingway to the Warren Report -- about which he's quite serious.

'The Most Trustworthy', From 'The Treasure Of The Sierra Madre'

"Because nobody reads -- and I keep preaching, 'Read, read, read, read,' " he tells NPR's Steve Inskeep. "If you don't read, you will never be a filmmaker. Those who watch television or are too much on the Internet, they lose the world. And those who read, they win it."

Of course Herzog also gives his students an incredibly varied list of films to watch, and for the latest in Morning Edition's series of conversations seeking DVD recommendations from Hollywood insiders, he shares some of the movies from his syllabus.

More From The Rogue Film School

The Treasure of the Sierra Madre (1948) "One of the real great fantastic adventure stories -- in my opinion one of the two, three, four greatest films Hollywood has ever produced. John Huston directed the film, and you can see a great master at work." Note: Be sure to get the full-length version. "It has long dialogues about greed and money and power, and I believe that the shortened version really condenses the film too much."

Laypeople needn't fear that they won't get as much out of a classic as Herzog does when he sits down to revisit a favorite like Treasure of the Sierra Madre.

"I watch films as if I were a very average moviegoer," he insists. "I actually cannot see the film as a filmmaker. Only real bad films, very, very, very bad films I see as a filmmaker -- and I tell myself, 'Oh, God, don't ever do it like that one!' ... I see the mistakes, but when it comes to a great film, I'm never capable of understanding the mystery of how did they do it, how was it done."

Viva Zapata (1952) Set, like Sierra Madre, in Mexico -- though Herzog says that's just a coincidence -- this dramatized biography of the famed revolutionary was directed by Elia Kazan, "one of the truly, truly great masters of cinema." Herzog recommends it in part for its "fantastic opening -- how the leading character somehow reveals himself out of a crowd of Mexican peasants who come as supplicants to the president, and the president dismisses them and one man stands his ground."

That one man is played by Marlon Brando, in what Herzog says is the great actor's greatest performance. "An enormous, virile power is lurking; he talks very, very quietly, [but] you know this is going to be big ... something which only occurs in myth, which only occurs in collective dreams, but completely convincingly. That's where cinema is at its best -- when it is able to transform history into something mythical."

Swingtime (1936) "The stories of these films are always very insipid, and Fred Astaire is a man who has a real foolish face, and yet I love him. He has this magic that only can be found in cinema."

But if Herzog is happy to call himself a big Astaire fan -- and while it's long been a commonplace to praise Ginger Rogers by saying she did everything her partner did, "only backwards and in high heels" -- the director says his eye isn't drawn to Rogers in the same way.

"You would never speak of a Ginger Rogers-Fred Astaire film; it's the Fred Astaire films. ... Just watch Swingtime and you'll know what I mean: There's a fantastic scene of Fred Astaire dancing with his own shadow. He's exposed to a wall, and he actually casts three shadows, and he dances in sync. And then he stops and the three shadows stop, of course in sync -- and all of a sudden they become independent and they start moving on and he's still watching. It's just phenomenal."