Accessibility links
Author Finds 'Honor Code' Isn't What It Used To Be Stories of honor killings in South Asia horrify most Americans, but it wasn't long ago that Americans fought duels and bought and sold slaves — practices condemned today — all in the name of honor. In his book, The Honor Code, author Kwame Anthony Appiah examines the moral revolutions that led to the end of these practices. 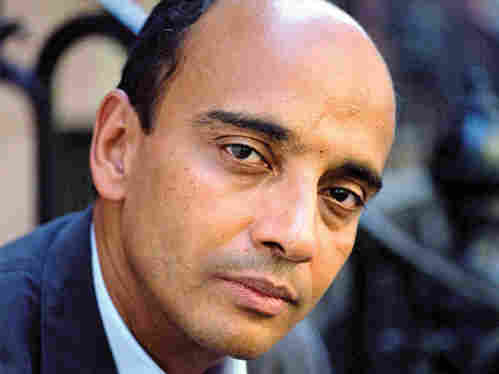 Kwame Anthony Appiah was raised in Ghana and educated in England. He is a professor of philosophy at Princeton University. Greg Martin hide caption

Stories of honor killings in South Asia horrify most Americans, but it wasn't long ago that Americans fought duels and bought and sold slaves -- practices condemned today -- all in the name of honor.

In his book, The Honor Code: How Moral Revolutions Happen, author and philosopher Kwame Anthony Appiah examines the moral revolutions that led to the end of these practices, and how we can use history's lessons to help solve today's problems.

Appiah tells NPR's Neal Conan that it was rarely the rule of law that ended those customs, which were eventually considered abhorrent. Instead, the upending of the notions of honor that drove such practices has proved a more effective driver of social reforms. 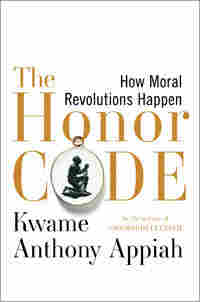 Appiah points to the duel -- the classic standoff between two men and their weapons -- as a case in point. Dueling was once the preferred method for defending one's honor across the Western world, but it took two centuries for English nobility to finally abandon the practice after the British government made it illegal.

Appiah says the end of the duel came in the 1800s when commoners began adopting the practice.

"Instead of its being thought to be a way of defending your honor, it just becomes ridiculous," Appiah says. "It can only work to generate honor for gentlemen -- if only gentlemen are allowed to do it."

But social change need not take centuries, he says. Foot-binding, once widespread across China, fell out of favor in just a few decades once people came to see the practice as shameful.

Appiah hopes that shifting perceptions of honor will similarly spell the demise of the practice of honor killings, where women in many parts of the world are killed by family members or spouses in the name of protecting the family's reputation.

He says, "My reason for hope is that just as it only took a short generation to move from dueling being required to being ridiculous ... we can move, swiftly, to a world without honor killing."

A little before eight on the morning of March 21, 1829, the Duke of Wellington, England's prime minister, arrived on horseback at a crossroads south of the Thames, about half a mile beyond Battersea Bridge. Not long after, his cabinet colleague, Sir Henry Hardinge, the secretary of war, rode up to join him, followed, after another small interval, by the duke's doctor, in a coach.

Once the three men had greeted one another, the doctor walked past a small farmhouse into a large open area called Battersea Fields with a pair of pistols concealed under his greatcoat, and placed the weapons out of sight behind a hedge. Battersea Fields was well known as a site where gentlemen met to fight duels, and anyone who had witnessed this sequence of arrivals would have known what was going on. Almost every Londoner would have recognized the duke, whose face, with the great Roman nose and high forehead, had been famous since his first victories over Napoleon's armies in Spain, twenty years earlier. Any onlookers would have been curious, as a result, to see who would arrive next.

After all, once a gentleman, his second, and his doctor had appeared, you could anticipate the arrival of an opponent with his second. That the upright duke, who was the epitome of honor, a model of service to king and country, was preparing to fight a duel would naturally raise the question who could have impugned his honor.

And that question was soon answered when the three men were joined by the Earl of Winchilsea and his second, the Earl of Falmouth. Lord Winchilsea's baptismal name was George William Finch-Hatton. (His grandson, Denys Finch-Hatton, was the handsome English aristocrat played by Robert Redford in the film Out of Africa.) Finch-Hatton was a good deal less famous than the duke, such notoriety as he had being due to his active opposition over the last year or two to the movement to lift some of the legal burdens on Catholics in Britain (burdens that had been in place, in one form or another, since the Reformation). An inspiring orator, he had spoken out often in and out of Parliament on the need to protect the faith and traditions of his fathers. He was a leader among those Englishmen who continued to believe fervently that you could not be loyal both to Britain and, as they saw it, to the Pope in Rome. Winchilsea was tall, black-haired, and powerfully built. He was in his late thirties, more than twenty years younger than the duke. He must have cut an imposing figure as he rode in with Falmouth, who was, like him, a former military officer.

The Duke of Wellington stood aloof while the two seconds, Falmouth and Hardinge, engaged in a heated exchange. Then the doctor loaded the pistols he had hidden behind the hedge -- this was strictly speaking Hardinge's job, but Hardinge had lost his left hand in the Napoleonic wars -- while Lord Falmouth loaded one of the two pistols that he had brought with him. Hardinge picked a spot for the duke, marched twelve paces, and instructed Lord Winchilsea to take up his position. Wellington objected to the first positioning. "Damn it," he said. "Don't stick him up so near the ditch. If I hit him, he will tumble in."

Finally, once their places were set, Hardinge gave the duke a pistol, Falmouth took one to Winchilsea, and Hardinge stepped back and, after a few more formalities, said firmly: "Gentlemen, are you ready? Fire." The duke raised his pistol and, following a brief pause apparently prompted by the fact that the earl had made no preparations, he discharged it. Winchilsea was unharmed. The earl then raised his pistol very deliberately over his head and fired into the air.

Wellington's doctor reported later a version of the exchange between the two seconds that followed:

The Duke remained still on his place, but Lord Falmouth and Lord Winchilsea came immediately forward towards Sir Henry Hardinge, and Lord Falmouth, addressing him, said, "Lord Winchilsea, having received the Duke's fire, is placed under different circumstances from those in which he stood before, and now feels himself at liberty to give the Duke the reparation he desires."

Falmouth was following the convention that all communications should take place through the seconds, and Sir Henry, as the duke's second, had the duty of replying. And so, after a tense few seconds pause, Hardinge said:

"The Duke expects an ample apology, and a complete and full acknowledgement of his error in having published the accusation against him which he has done." To which Lord Falmouth answered, "I mean an apology in the most extensive or in every sense of the word"; and he then took from his pocket a written paper containing what he called an admission from Lord Winchilsea that he was wrong.

After further lively discussion and an amendment proposed by the doctor, all parties agreed upon a slightly edited version of the apology that Falmouth had prepared.

The duke approached and bowed to the two earls, and Falmouth, who had clearly been a reluctant participant in the proceedings, explained that he had always thought Winchilsea was completely in the wrong. Hardinge now made it plain that he thought that if Falmouth felt this way, he shouldn't have acted as Winchilsea's second; and when Falmouth made a further attempt to explain himself, this time to the duke, Wellington interrupted him. "My Lord Falmouth," he said, "I have nothing to do with these matters." Then he raised two fingers to the brim of his hat, said, "Good morning, my Lord Winchilsea, good morning, my Lord Falmouth," and got back on his horse.

In exploring this infamous passage of arms and the responses to it, we can come to understand the changing culture of honor in Britain in the first half of the nineteenth century. The death of the duel in Britain -- the disappearance of a practice that had defined the lives of gentlemen for some three centuries -- is the first of the moral revolutions I want to explore. And Wellington and Winchilsea's encounter on Battersea Fields allows us to witness some of the pressures that brought it to an end. 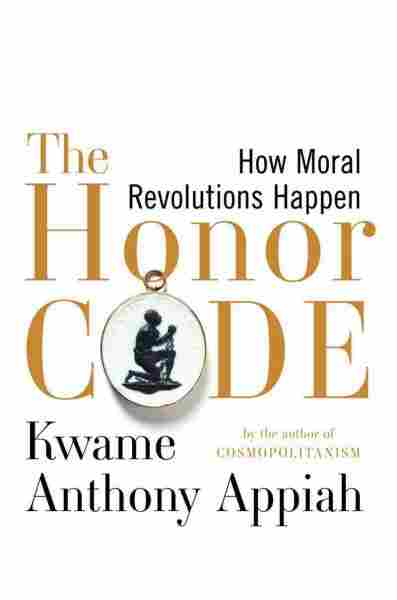