Accessibility links
Drop Kick The Field Goals Football needs to make some adjustments before the game turns into kickball. Coaches should get some guts and stop punting, commentator Frank Deford says. 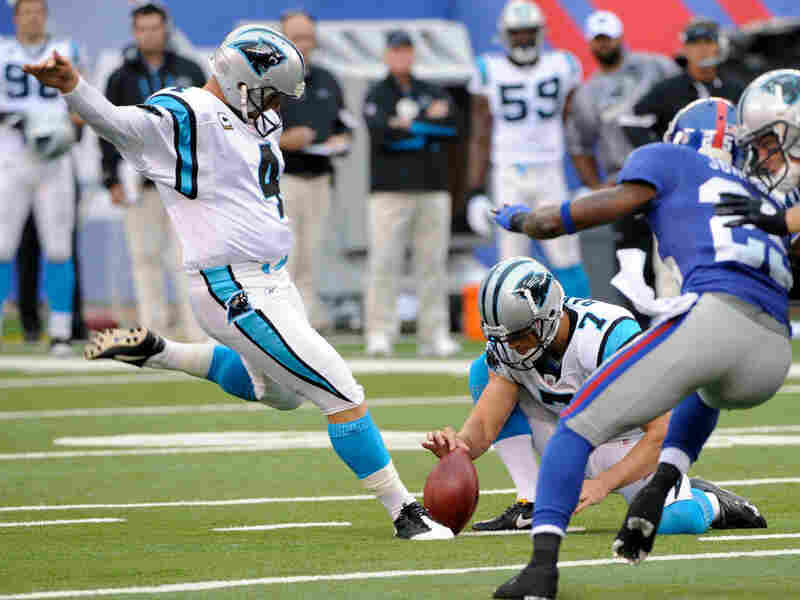 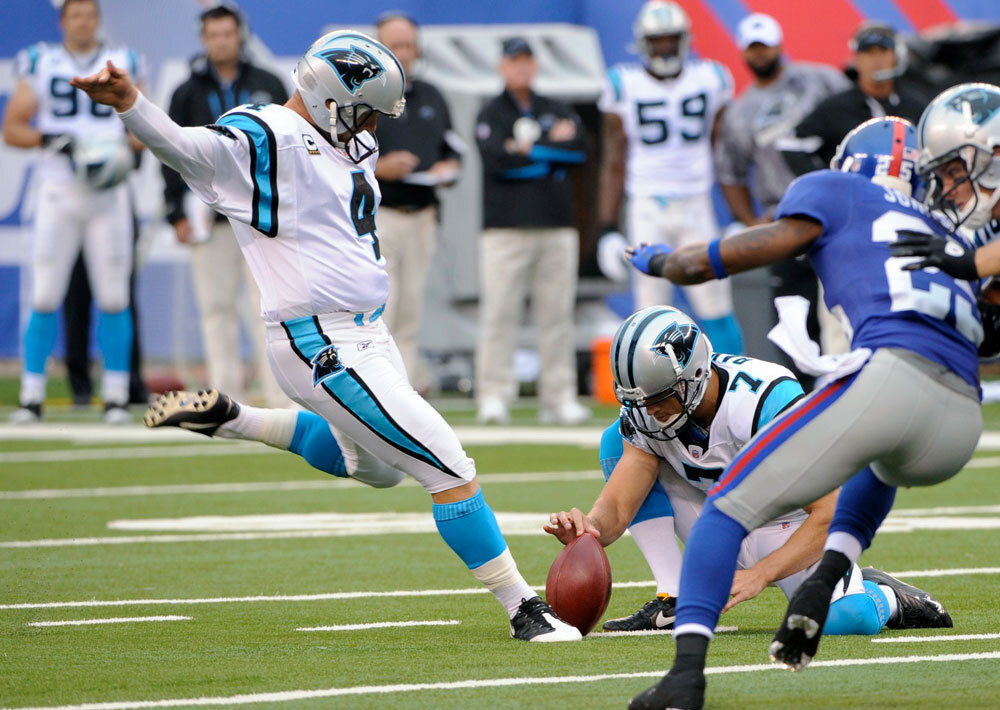 Carolina Panthers' John Kasay kicks a field goal during the second quarter of a game against the New York Giants on Sept. 12, 2010.

Hey, I got a kick coming.

I think field goals are really lousing up football. Punts too. I’d like to get the foot out of football -- let the soccer people have it for themselves. Football coaches, who by nature are conservative executives, are just entirely too foot-dependent.

OK, field goals first.  They’re too easy to make.  For some time now, in the NFL, kickers have been succeeding on more than four out of every five field goal attempts –– and, of course, extra points are pointless because they’re so seldom missed that they’re beside the point.

But field goals. I don’t know exactly at what percentage it is when something in sport is so easy that it becomes too good for the good of the game, but certainly 80 percent is way too high. If you want to be entertained by perfection instead of competition, go watch Meryl Streep doing an accent or a good magician doing card tricks.

It’s easier to kick a field goal in the NFL than to make a free throw in the NBA –– and free throws are just that: free.  Nobody is contesting you.   If field goals, contested, are guaranteed, better than 80 percent good, then, I’m sorry, but the game is lacking.  Now, in the NFL, even better than half the field goals from beyond 50 yards  split –– as they always say –– the uprights.

Because field goals are so cheap now, the easiest thing is simply to devalue them, like a currency that’s over-inflated.  Field goals should only count two points.  If it took three field goals to equal a touchdown, instead of just two, cowardly coaches would have to actually play more pass-ball and run-ball and actually try to score more touchdowns.

Then we have this other fourth-down problem.  If coaches don’t give up and send in the field-goal kicker, they surrender and send in the punter.  Is there anything worse than wimp coaches punting instead of going for it on fourth-and-one?  Various baseball-type statistical nuts have proven that it’s really more advantageous, in the long run, to try for short yardage on fourth down rather than punting.  Hey, guys, show me a little less leg.

Today’s stronger field-goal kickers and punters are the human equivalent of modern technology-advanced golf clubs.  Golf courses have been modified to accept this reality, so it’s time for football to do the same and make adjustments before football becomes kickball.  Get some guts, coaches, and stop punting, and if you must try a field goal –– OK, but only two points if you do cleave the verticals.