Accessibility links
Reggie Bush To Give Up Heisman Trophy The New Orleans Saints running back released a statement Tuesday saying he would give back the award that he won in 2005 while he was at Southern California. USC was hit with heavy sanctions by the NCAA this summer after it determined Bush had received improper benefits.

Reggie Bush To Give Up Heisman Trophy

Reggie Bush To Give Up Heisman Trophy 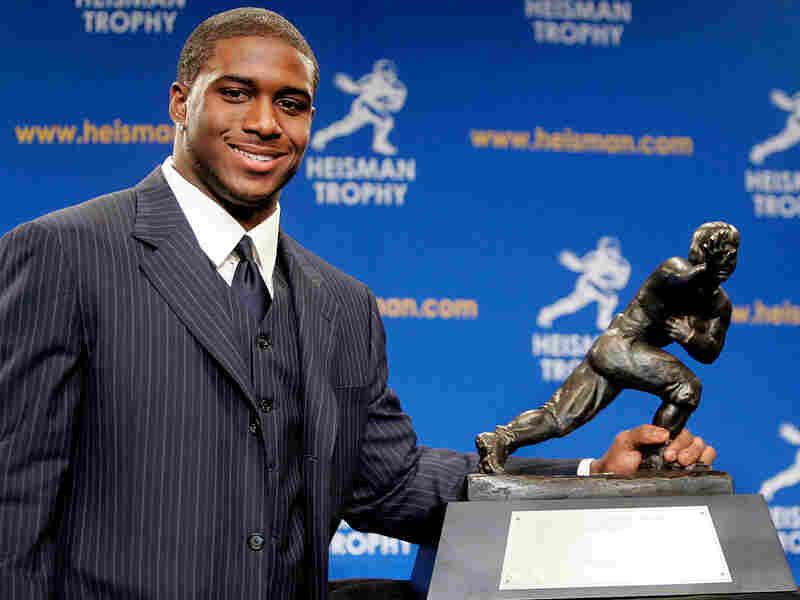 Reggie Bush was all smiles when he was awarded the 2005 Heisman Trophy on Dec. 10, 2005. He called the decision to give the trophy back "heartbreaking." Stephen Chernin/Getty Images hide caption 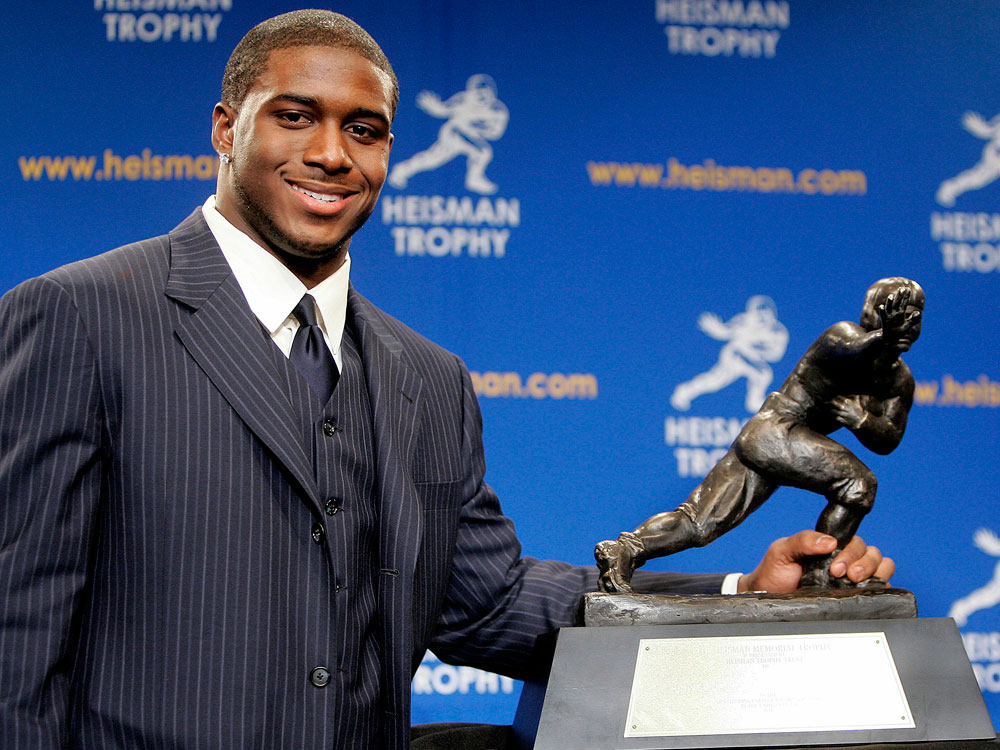 Reggie Bush was all smiles when he was awarded the 2005 Heisman Trophy on Dec. 10, 2005. He called the decision to give the trophy back "heartbreaking."

Bush won the award given to the winner of an annual vote for the top football player of the college season when he played for the University of Southern California in 2005.

But the NCAA recently penalized USC because Bush allegedly received improper benefits while at the school.

Bush released a statement Tuesday saying he would forfeit the award.

"The persistent media speculation regarding allegations dating back to my years at USC has been both painful and distracting," he said. "In no way should the storm around these allegations reflect in any way on the dignity of this award, nor on any other institutions or individuals."

NPR's Tom Goldman Talks With David Greene About The Announcement

The Heisman Trophy Trust, which gives out the award, reportedly was close to making a decision about whether to take back Bush's trophy.

This summer, the NCAA said Bush should have been ineligible for the 2005 season because he received improper benefits from sports marketing agents.

The eight-member Heisman Trust has not said yet whether the award will be vacated, or given to the 2005 runner-up, former University of Texas quarterback Vince Young, who now plays for the NFL's Tennessee Titans.

Bush won the award in a landslide vote.

It's the first time college football's top award was returned by a recipient.

"While this decision is heartbreaking, I find solace in knowing that the award was made possible by the support and love of so many," Bush said. "Those are gifts that can never be taken away."

One of the few guidelines given to Heisman Trophy voters is that a player must be in compliance with NCAA rules to be eligible for the trophy.

"My opinion would be, I would love for the Heisman Trust to look at a revote or give it to the second guy, which therefore would be Vince," Texas coach Mack Brown said.

Allegations that Bush and his family had received hundreds of thousands of dollars in gifts from two California-based marketing agents were first reported by Yahoo! Sports in September 2006, months after Bush had already been drafted No. 2 overall by the New Orleans Saints.

The NCAA and Pac-10 began investigating Bush and the USC football program soon after, and the running back immediately denied any wrongdoing.

But Bush never met with investigators.

One of the marketing agents, Lloyd Lake, sued Bush trying to recoup nearly $300,000 in cash and gifts. Bush was supposed to give a deposition in the case but never did, and eventually the case was settled with Bush never having given his side of the story publicly.

It took four years for the NCAA to complete its investigation. When it finally handed down its punishment in June, it was harsh.

The NCAA cited USC for a lack of institutional control. Its report cited numerous improper benefits for Bush and former basketball player O.J. Mayo, who spent just one year with the Trojans.

The penalties included the loss of 30 football scholarships over three years and vacating 14 victories in which Bush played from December 2004 through the 2005 season. USC beat Oklahoma in the BCS title game on Jan. 4, 2005, and won 12 games during Bush's Heisman-winning 2005 season, which ended with a loss to Texas in the 2006 BCS title game.

After the 2009 season, coach Pete Carroll left to take over the Seattle Seahawks.

In July, USC replaced athletic director Mike Garrett with Pat Haden, and one of the first moves Haden made was returning USC's copy of Bush's Heisman Trophy.