Accessibility links
Fat Beats: The End Of A Hip-Hop Era For many DJs and hip-hop enthusiasts, vinyl is an instrument in of itself. Fat Beats, the world-renowned record shop that specializes in vinyl releases, will shut its last retail outlet on Sunday. The closing of the Los Angeles store follows the closing of a New York location earlier this month. 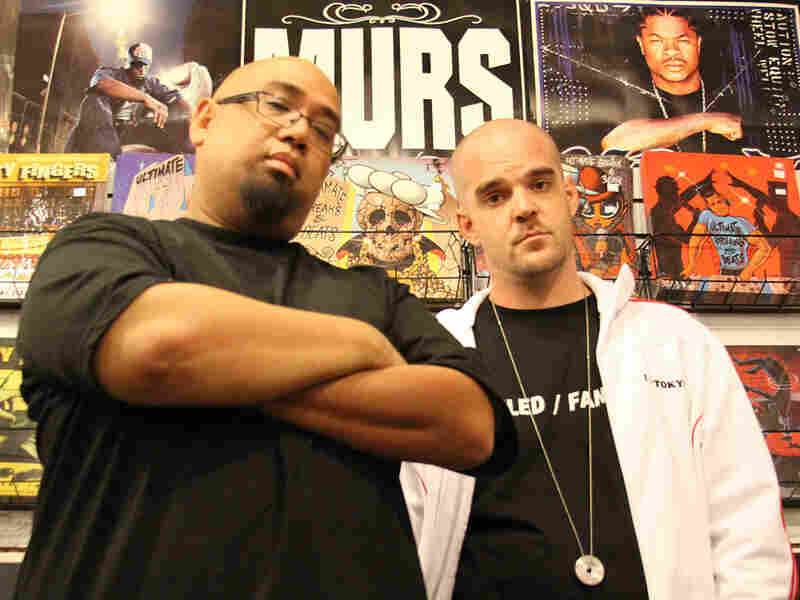 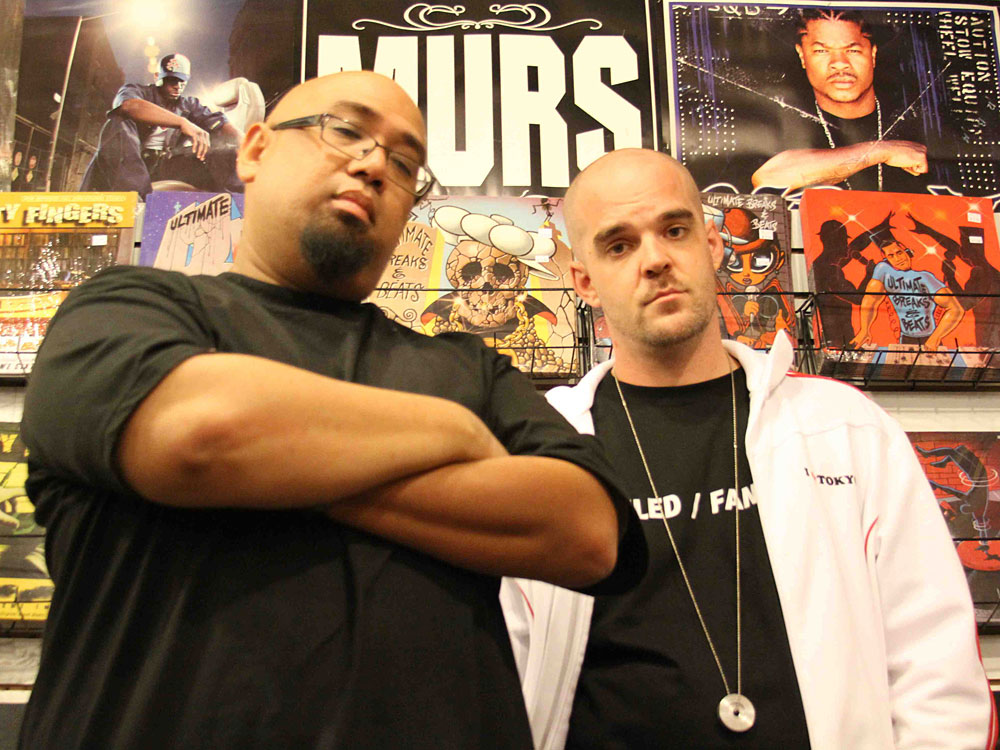 Fat Beats, a world-renowned hip-hop record shop specializing in vinyl releases, will shut its last retail outlet on Sunday. The closing of the Los Angeles store follows the closing of a New York location earlier this month, and some are calling it the end of an era.

"The DJ is the backbone of hip-hop, and they play vinyl. We were catering to the DJs and any hip-hop aficionados," says Nazareth Nirza, a hip-hop DJ who goes by the name Rhettmatic. He's worked at Fat Beats in Los Angeles for the past 15 years, along with other luminary DJs and producers.

Vinyl matters much more in hip-hop compared to classical or country music, for example. The foundational sound of hip-hop originates with DJs who dug through tons of records to come up with a montage. The audio archeology of crate-digging still lives on among the hip-hop faithful, but Nirza says a successful independent hip-hop artist today might be lucky to sell 500 records. Back in the 1990s, he says good sales for the same artist were often 20 times higher in vinyl.

"With an MP3, it's just a computer file -- it's like a Word document or a JPG," says Michael Buchanan, closing manager for Fat Beats L.A. and a DJ who goes by the name House Shoes. "It's really no different. You're not going to be like, 'Oh, man. I remember when he emailed that file to me! I still got the email that he sent it to me in.' "

Student DJ Jamie Fisher, a Fat Beats customer, is still eager to learn from the hip-hop canon. Like many new DJs, Fisher uses records, as well as technology that approximates old-school scratching and mixing through time-codes linked to digital files.

"Funk is about being around the beats, next to the beats," Fisher says. "It's not about being on beat. And a lot of times, say if you just hit the button on the computer, it'll go right on beat. So you lose the funk of DJing."