Accessibility links
Sarah Bernhardt's Dramatic Life, Onstage And Off In Sarah, Robert Gottlieb paints an elegant and engaging portrait worthy of the legendary French actress. The biography separates fact from fiction — (she did, in fact, keep a coffin in her bedroom, and have an affair with a 70-year-old Victor Hugo) — to tell the tale of a beloved, masterful artist. 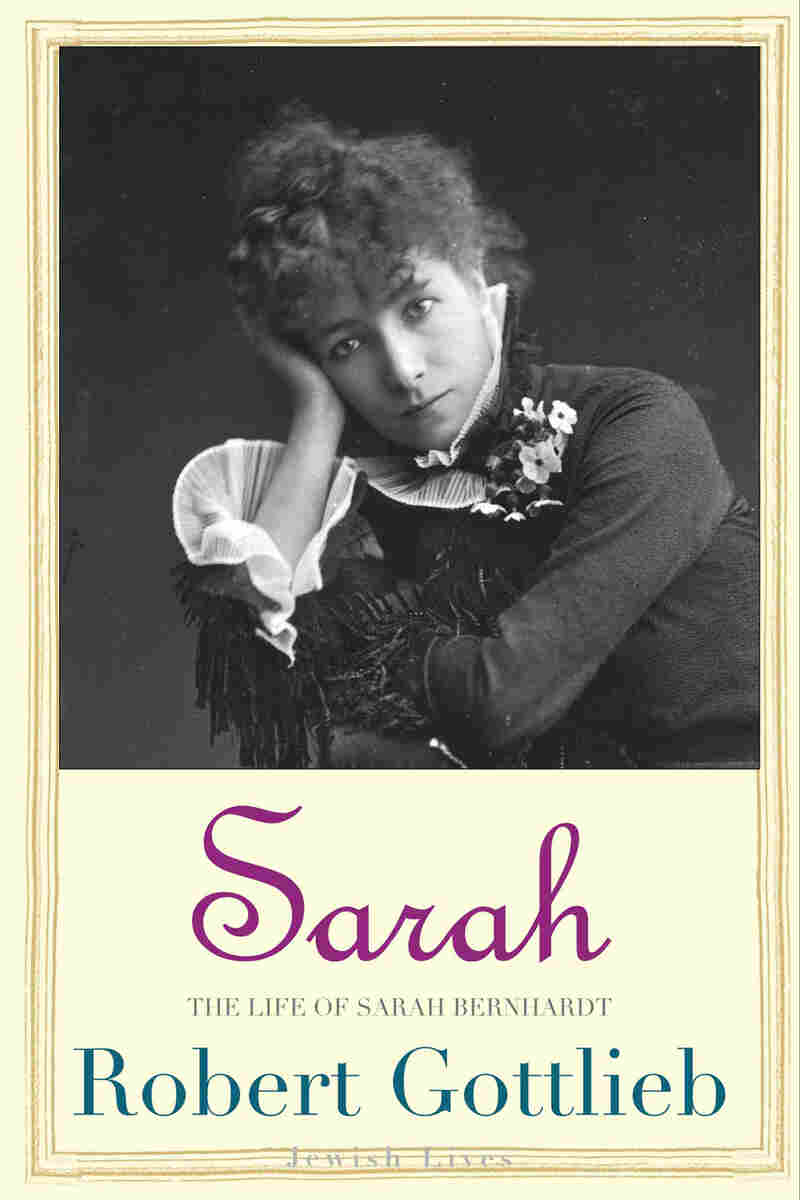 Mark Twain once identified five kinds of actresses: "bad actresses, fair actresses, good actresses, great actresses -- and then there is Sarah Bernhardt." Bernhardt was, indeed, one of a kind. From her debut onstage, in 1862, in the title role of Racine's Iphigenia, to her death in 1923, she was a sensational success.  A favorite of counts, couturiers and commoners in France, she brought Americans to their feet during nine tours, even though she spoke a language most of them did not understand.

She played 19-year-old Joan of Arc when she was 46, and was credible in many male roles, including Hamlet. She kept a coffin in her bedroom, and on at least one occasion, slept in it. Throughout World War I, she performed for soldiers, even though her leg had been amputated. No wonder then, her tombstone merely read, "Sarah Bernhardt."

In Sarah, Robert Gottlieb, a legendary editor and the biographer of George Balanchine, provides an elegant and engaging portrait worthy of Bernhardt. Separating myth and misrepresentation (Bernhardt lied a lot) from fact, he shows how she morphed from a figure of scandal, as the fatherless daughter of a Jewish courtesan, who was promiscuous herself (Bernhardt started an affair with Victor Hugo when he was 70 and she was 27), into a magnificent artist -- and then into a symbol of, and ambassador for, France. 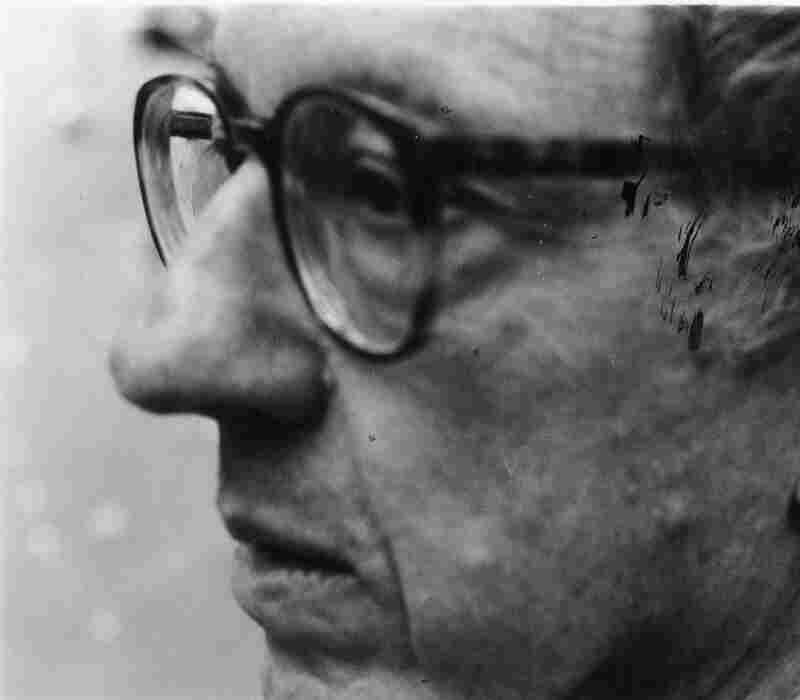 Robert Gottlieb has served as editor-in-chief at both Alfred A. Knopf and Simon & Schuster. He was the editor of The New Yorker from 1987 to 1992. Isabelle Boccon-Gibod hide caption 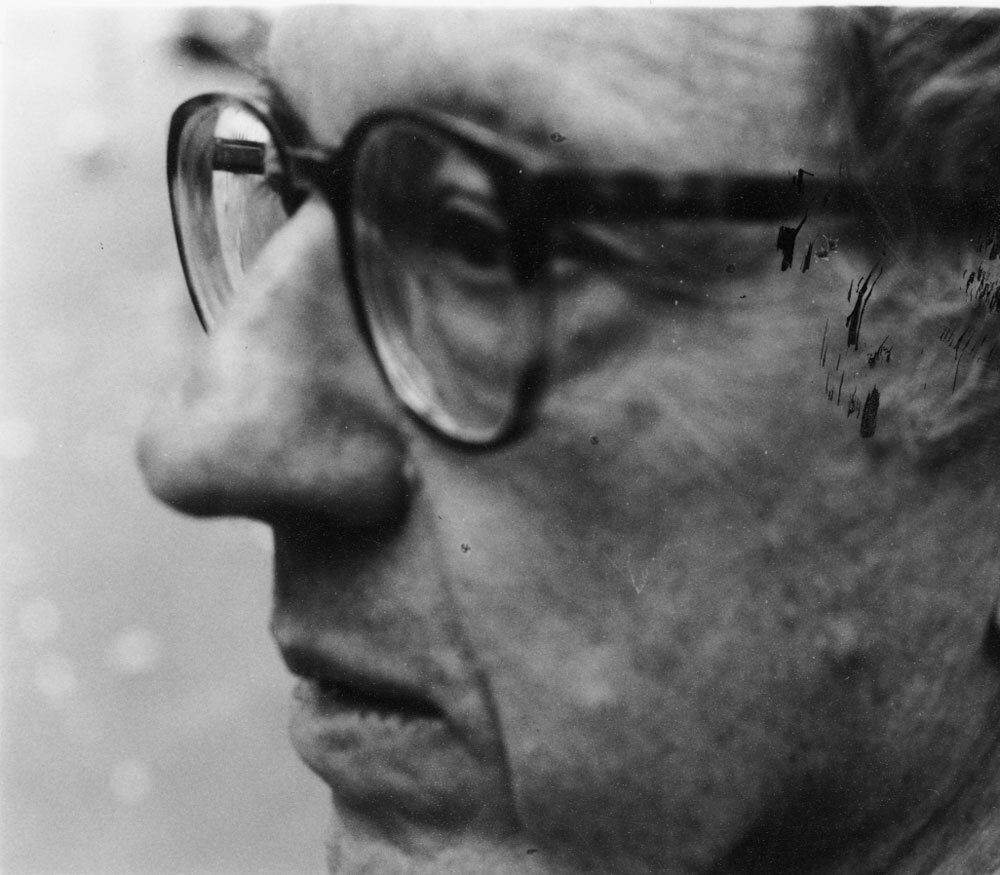 Robert Gottlieb has served as editor-in-chief at both Alfred A. Knopf and Simon & Schuster. He was the editor of The New Yorker from 1987 to 1992.

Gottlieb attributes Bernhardt’s "special allure" to her exaggerated thinness, exotic face, and the charm (and perfect articulation) of a rather weak voice.  Even more importantly, he points out, as a child of the Romantic Age she revealed a "touch of hysteria, perhaps even danger, in her willingness to expose her emotions, to impose them on her audience."

Bernhardt, Gottlieb acknowledges, had her detractors. Chekhov found that her "enchantment is smothered in artifice." George Bernard Shaw dismissed her as a "worn out hack tragedienne." And in the 20th century, her exaggerated gestures didn't play well on the silver screen.

It didn't really matter. On March 26, 1923, Gottlieb tells us, in a touching conclusion to a terrific book, when the news of her death reached the theater that bore her name, during the first act of L’Aiglon, the curtain went down, the audience quietly filed out, and the actors, still in costume and makeup, walked to her house to bid her adieu. For once, for "The Divine Sarah," the show did not go on.

We’ll never know, because the official records were destroyed when the Hotel de Ville, where they were stored, went up in flames during the Commune uprising of 1871. With someone else that would hardly matter, because we’d have no reason to doubt whatever he or she told us. But dull accuracy wasn’t Bernhardt’s strong point: She was a complete realist when dealing with her life but a relentless fabulist when recounting it. Why settle for anything less than the best story? For the ultimate word on Sarah’s veracity we can turn to Alexandre Dumas fils,who, referring to her famous thinness, remarked affectionately, "You know, she’s such a liar, she may even be fat!"

We do know who her mother was, but her father remains an enigma. We think we know who the father of her son was, but can we be sure? Everything about her early years is elusive -- no letters, no reminiscences of family or friends, and what few documents that exist, highly obscure. Her singularly unreliable memoirs, My Double Life, carry her through her first thirty-five or so years, and they’re the only direct testimony we have of her life until she’s in her mid-teens. Yet despite her obfuscations, avoidances, lapses of memory, disingenuous revelations, and just plain lies, we can track her path, and (more important) begin to grasp her essential nature.

There are three basic components to her experience of childhood, two of them enough to derail an ordinary mortal: Her mother didn’t love her, and she had no father. What she did have was her extraordinary will: to survive, to achieve, and -- most of all -- to have her own way. She would like us to believe that it was at the age of nine that she adopted her lifelong motto, Quand meme. You can translate quand meme in a number of (unsatisfactory) ways: "Even so." "All the same." "Despite everything." "Nevertheless." "Against all odds." "No matter what." They all fit both the child she was and the woman she was to become.

The mother -- Judith, Julie, Youle Van Hard -- had her own reserves of strength and willpower, but unlike Sarah’s, they were hidden under layers of lazy charm and an almost phlegmatic disposition. She was a pretty blonde, she played and sang appealingly, she was a congenial hostess, and she welcomed the expensive attentions of a variety of men-about-town. As a result, she had managed to fashion for herself a comfortable niche in the higher reaches of the demimonde of the Paris of the 1840s. Never one of the great courtesans -- les grandes horizontales -- she nevertheless always had one or two well-to-do "protectors" to squire her around the elegant spas of Europe.

Youle conducted a relaxed salon to which a group of distinguished men gravitated, among them her lover Baron Larrey, who was the Emperor Louis-Napoleon’s doctor (his father had been chief medical officer of the first Napoleon’s armies); the composer Rossini; the novelist and playwright Dumas pere; and the duc de Morny, known as the most powerful man in France, who was Louis-Napoleon’s illegitimate half-brother. Morny was a highflying and successful financier as well as the president of the Corps Legislatif, exerting immense political influence without entering the field of politics himself. It was Rosine, Youle’s younger, prettier, livelier sister, who was Morny’s mistress -- except when Youle herself was; in these circles, it hardly mattered. The important thing, since it would prove crucial to Sarah’s life, was that Morny was a regular fixture in the intimate life of the family.

Youle and Rosine had come a long way. Their mother, Julie (or Jeanette) Van Hard -- a Jewish girl either German or Dutch in origin -- had married Maurice Bernard, a Jewish oculist in Amsterdam. There were five or six daughters (Sarah doesn’t make it easy to keep track of her aunts) and at least one son, Edouard Bernard, who, like Sarah, eventually morphed into “Bernhardt.” When their mother died and their father remarried, Youle and Rosine struck out on their own, first to Basel, then on to London and Le Havre, where in 1843 Youle -- perhaps fifteen years old -- gave birth to illegitimate twin girls, both of whom died within days. Documents about their birth provide the first verifiable data we have about her. Although the twins’ father isn’t named, the supposition is that he was a young naval officer named Morel, from a prominent Havrais family.

Undeterred, the ambitious Youle quickly set out for Paris, her daytime occupation seamstress, her nighttime career a quick ascent into the demimonde. Soon, two of her sisters followed her to Paris: the younger Rosine, who would surpass her in the ranks of courtesans, and the older Henriette, who made a solid marriage to a well-off businessman, Felix Faure. (The Faures would be the only respectable bourgeoisie of Sarah’s youth.) Quickly -- or already? -- Youle was pregnant again, with Sarah, whose name appears in various documents as Rosine Benardt (her application for the Conservatoire) and Sarah Marie Henriette Bernard (her certificate of baptism).

The most likely candidate for the honor of having fathered Sarah is that same naval Morel. His (or someone’s) family lawyer in Havre later administered a sum of money that Sarah was to inherit on her marriage; he also at times involved himself in the child’s future. Another suggested candidate was a brilliant young law student in Paris with whom Youle lived happily in poverty (a likely story!), until his family forced them apart. (It’s La Dame aux camelias, Sarah’s greatest success, before the fact.) Sarah never names her father in My Double Life, although on her certificate of baptism, filled out when she was thirteen, he’s called Edouard Bernhardt. But isn’t that the name of her mother’s brother? Looking for consistency in Sarah’s early history is a fruitless task.

What matters, finally, is that there was no father. In My Double Life, Sarah sketches a highly implausible tale. She rarely saw him -- his business, whatever it was, kept him away from Paris until he suddenly died in Italy. He did, however, come with Youle to enroll Sarah in the aristocratic convent school he insisted she attend -- apparently the only occasion on which the three of them did something together. As she tells it, on the night before she was to be installed in the school, her father said to her, "Listen to me, Sarah. If you are very good at the convent I will come in four years and fetch you away, and you shall travel with me and see some beautiful countries." "Oh, I will be good!" she exclaimed; "I’ll be as good as Aunt Henriette." "This was my Aunt Faure," she writes. "Everybody smiled."

After dinner, she and her father had a serious talk. "He told me things that were sad which I had never heard before. Although I was so young I understood, and I was on his knee with my head resting on his shoulder. I listened to everything he said and cried silently, my childish mind distressed by his words. Poor Father! I was never, never to see him again." Nor are we to hear about him again except when Sarah remarks in passing that he was "handsome as a god" (what else could he have been? No parent of Sarah’s could be merely good-looking), and that she "loved him for his seductive voice and his slow, gentle gestures."

It’s clear that Sarah needed to believe that she was important to this shadowy father -- that he was lovingly concerned about her even when he was absent. That impression is strengthened by the father (and mother) she invented for a ridiculous novel she wrote in her old age. In Petite Idole (The Idol of Paris), Esperance -- the beautiful beloved daughter of a refined family -- is destined to become a great actress at a far younger age than Sarah did, and with far less difficulty. Esperance is worshiped by her all-loving, all-understanding, and highly distinguished parents, who are prepared to sacrifice anything and everything (including the philosopher-father’s induction into the Academie Francaise) to their daughter’s well-being. (She ends up marrying a duke.) The pathetic act of wish-fulfillment that this fiction represents only serves to underline the deep traumas of Sarah’s childhood. After more than half a century, the most illustrious woman of her time was still grappling with having been an unwanted and unloved child. 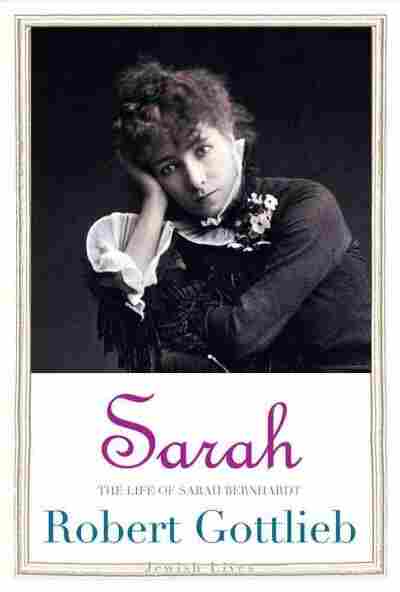 The Life of Sarah Bernhardt