Accessibility links
Onscreen, Ishiguro's Sci-Fi Novel Is No Mere Clone The author of the widely acclaimed novel Never Let Me Go and director Mark Romanek join Melissa Block for a conversation about where spoilers end and the real story begins -- and other intrigues involved in taking the story from page to screen. 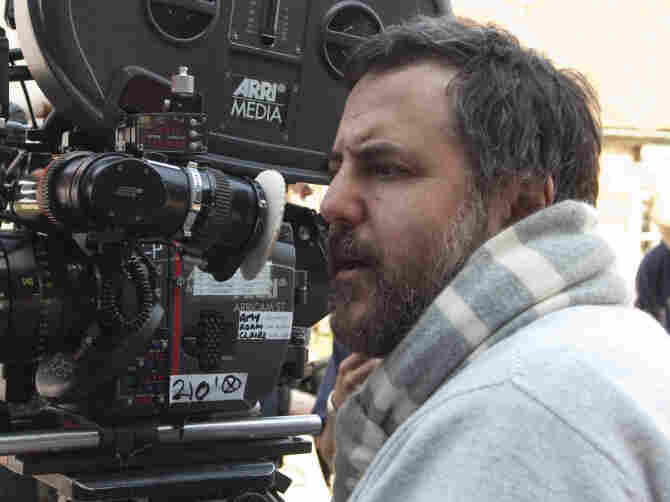 The new movie Never Let Me Go is set in the recent past, but it suggests a chilling futuristic world. It takes place at Hailsham, a remote boarding school in an alternate England where children are raised -- farmed, almost -- to live short lives. And to give those lives up for others.

The film is based on the acclaimed novel of the same name, and one of the first things author Kazuo Ishiguro tells NPR's Melissa Block is that our delicate, non-spoilery approach to the plot summary above isn't really necessary: The book has been out for five years, after all, and it's been widely talked about.

And in any case, the things we're hiding are in some ways beside the point.

"If you're referring to the fact that the children are actually clones, and they're being brought up for [the sake of] organ donations -- that all sounds rather ghastly," Ishiguro says. "Personally I prefer to get that out of the way, so that people can focus on what the film is really about. I think the surprising thing about the story comes later on, in a more subtle way."

That startling thing -- the discovery of how the children deal with the knowledge of their lot in life, once they're a bit older -- lets people "engage with the movie emotionally quite deeply, whether they have that [spoiler] knowledge or they don't," says Mark Romanek, the director who brought the story to the screen.

"If you watch the movie with that knowledge, in some ways the scenes are filled with even more pathos," he says.

Scenes From The Film

'What Happens To Children When They Grow Up'

Even audiences who go into the theater all unknowing will discover the secret early on, when a teacher played by Happy-Go-Lucky's Sally Hawkins decides her students deserve to know the truth.

"There's this idea in the novel that the children sort of know what's going on, but they don't at the same time," Romanek says. "And so when this teacher spells it out for them in clear detail, I think that there's an emotional response that they don't even understand intellectually. And they're depicted, in a way, to be in a state of shock about it, without really understanding its deeper meanings."

It's that moment that really sets the film in motion, Romanek says: "The repercussions of having this knowledge is what the rest of the story is about." 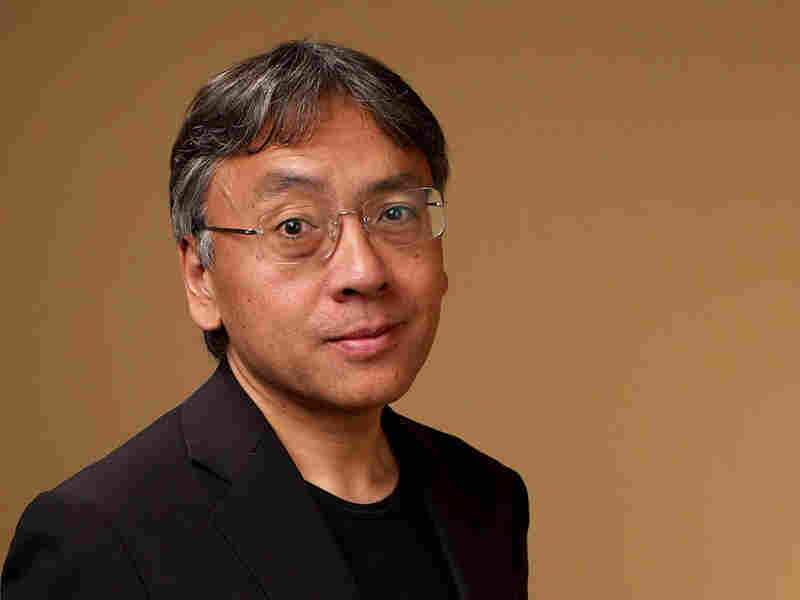 Ishiguro, whose earlier screenplays include The Remains of the Day and The White Countess, has often explored the dynamics of individuals — like the children in this film — hemmed in by a society's demands. Alex Bailey/Fox Searchlight Pictures hide caption 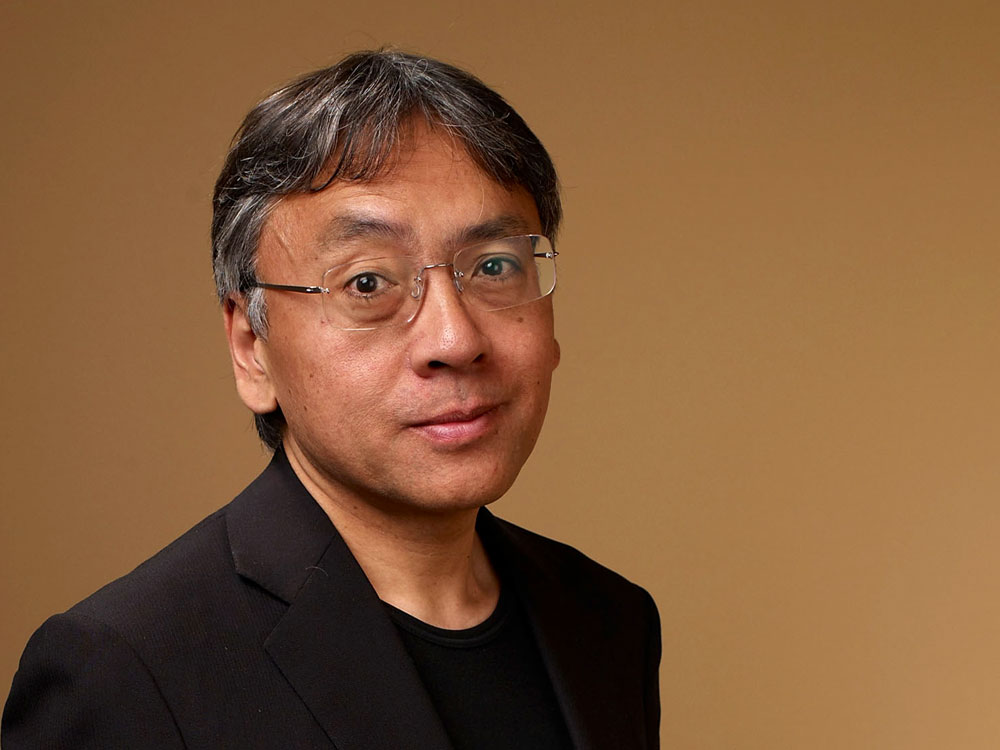 Ishiguro, whose earlier screenplays include The Remains of the Day and The White Countess, has often explored the dynamics of individuals — like the children in this film — hemmed in by a society's demands.

For Ishiguro, it's those ideas about the repercussions of knowledge that take the story beyond its vaguely sci-fi setup.

"This is the big question that we all have about our children: How much, how soon, do we tell our children the less comfortable facts about the world they're going to inherit?" he says. "We always like to keep our children in a kind of bubble and censor the bad news about the world. We like to tell them the world is full of benevolent, nice people."

And so in a way, the revelations at Hailsham reflect "what we all do in bringing up children: We have to drip-feed the knowledge. We often tell them things that we know they will not understand -- yet."

One startling thing about Ishiguro's story, to many, is that the children never really rebel against their future, once they know it. There are no runaway scenes. The children mostly come to terms with -- at times seem almost proud of -- their purpose.

It's not the author's first time addressing that theme.

"What interests me is the surprising enormous extent to which most people accept the fate that's been given to them, and find some dignity," Ishiguro says. "It's that aspect of people that's always fascinated me. In The Remains of the Day, I looked at servants who did much the same thing -- servants in England, in the old days."

Fortunately for the film, Romanek and screenwriter Alex Garland seemed to agree and chose not to try to meet Hollywood expectations. They steered clear of classic sci-fi depictions of cloning.

"It is presented in a very subtle way in the book," Romanek says. "We experimented and toyed with the idea of more obvious science-fiction tropes, like futuristic buildings and this and that gadget and that sort of thing, and it never felt right."

Instead, they zeroed in on the love story that swirls around the novel's three central characters: Kathy, the narrator, and her schoolmates Tommy and Ruth.

"And very rapidly the things that weren't in service of that aspect of the book, or that weren't enhancing your emotional engagement in that part of the story, fell away," Romanek says.

For him, the really exciting thing was that Never Let Me Go turned out to be a "science-fiction film that has no overt science-fiction tropes in it at all."

A Movie That's Faithful, But Has 'Its Own Authority'

When it came to the actual process of putting the story on the screen, Romanek found that Ishiguro's controlled, understated prose was something of a gift.

The Critics Weigh In

"When there's less description, sometimes it invites people to invest themselves and project themselves into the story to imagine it [however] they like," he says. "I felt like I pictured [the novel's world] very clearly in my mind, even though certain things weren't necessarily described in detail -- so that was exciting for me as a filmmaker. I felt I could do the version of the book that I saw in my head, and hopefully other people would connect with it."

Ishiguro says Romanek was careful to be loyal to the book, but he believes the film stands on its own as well. It "absolutely has its own authority," he says -- "to the extent that even I as the author almost forgot the story."

"I was sucked into the film almost immediately; I was pulled along," Ishiguro says. "I was never doing that thing of checking off scenes in my head, thinking how are they going to do that scene. ... I found myself plunged into a powerful, different world. I know Mark's been very modest here, talking a lot about deference to the book, but I think it's a wonderful, unique work with tremendous artistic integrity and authority, all of it."