Accessibility links
Oregon Herb Company Smells Of Success Mountain Rose Herbs opened more than 20 years ago as a home-based, mail-order company. Now it sends herbs, spices and essential oils to more than one-quarter of a million customers. The appeal of its organic, zero-waste policies may give this company a necessary edge in a poor economy. 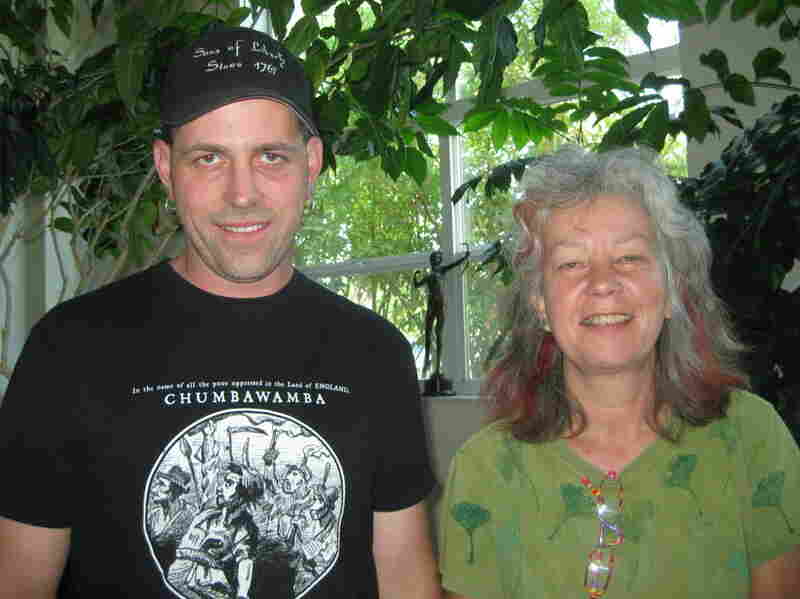 What started out as a quirky little home-based, mail-order company more than 20 years ago is now the nation's second-largest distributor of organic dried herbs. Mountain Rose Herbs has been growing and thriving, despite the recession.

On first encounter, it's the company's smell -- not its success -- that's noteworthy. The company packages dried herbs, spices and essential oils and mails them out to more than one-quarter of a million customers.

"If you can imagine the aroma of [700] to 800 different botanicals condensed into one overpowering cannonball," says co-owner Shawn Donnille, "and it literally permeates clothing, fabric, fiber, paper, books -- everything that we have in our offices here in our clothing."

Donnille wears a black T-shirt, black pants and black nonleather boots. His long hair hangs in a thin braid down his back. The tattooed former environmental activist is credited with much of the vision behind Mountain Rose's success. But even he isn't sure what the secret to its growth has been.

"I don't know how we pulled that one off. I really don't. I mean, I have my suppositions," he says.

People are choosier about how to spend their money when times are tight, Donnille says, "and I think that in the last two years ... we've earned their trust."

Mike Russo, a professor at the Lundquist College of Business at the University of Oregon in Eugene, agrees.

"There's a certain moral character to the recession that we've been through, and so customers are looking for companies with which they can identify morally and philosophically," he says, "and I think that that's drawn a lot of customers to Mountain Rose."

Mountain Rose is serious about doing business differently. That difference shows up not only in their products, which are all certified organic by federal and state standards, but also in the way they treat their staff.

The company recently moved into a larger building in Eugene. Their customer service area buzzes with activity: Employees on headsets chat with customers and tap on computer keyboards.

Starting pay here is 30 percent above Oregon's minimum wage, around $11 an hour. That might not seem like much, but for Southern Oregon it's pretty good. In addition, co-owners Donnille and Julie Bailey limit their incomes.

"We've capped our pay at 3.5 times entry-level pay, which is a fair and honest living for us, which is all we really want," Donnille says.

The company is also zero-waste.

"If you look around, there's plenty of unusual companies that are able to do business in their own way. And so, to some extent, they can make their own rules," he says.

And they're making up rules that even fly in the face of the business mantra, "growth is good". Donnille says the company has been growing too fast: 30 to 35 percent for the past several years.

"It's too much. It really is too much, and we're trying to figure out a way to reach a more level state of homeostasis, where ... the growth is stable. And we're thinking that 15 percent might be good," he says.

Now, Mountain Rose Herbs has the challenge of maintaining its success without losing its unusual values.